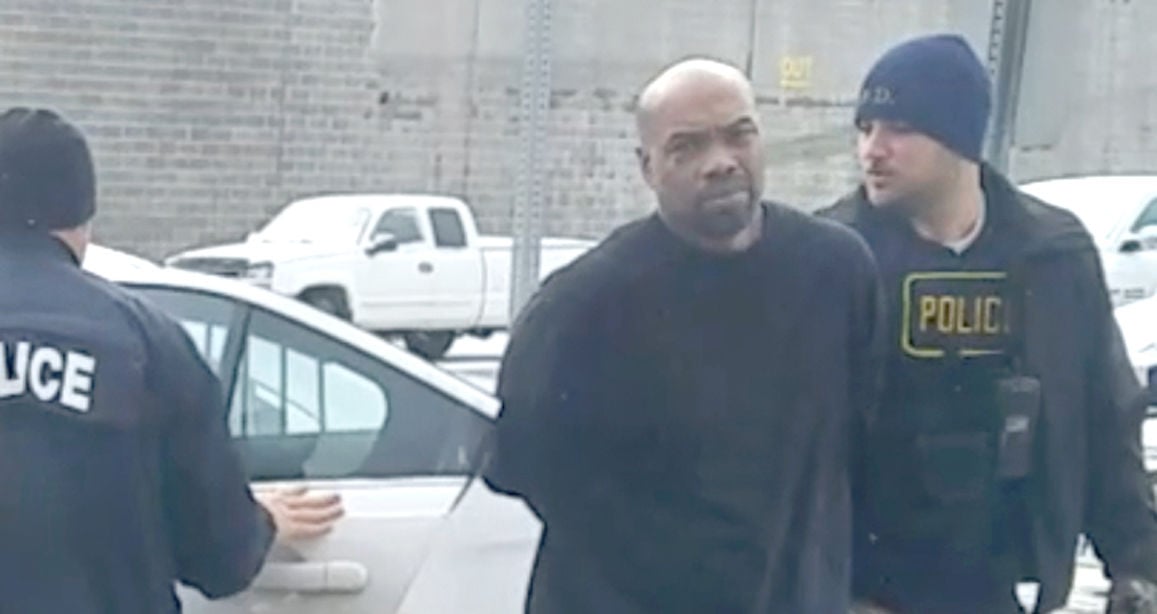 Shakir Smith, 41, (center) is escorted into the Public Safety Building in Johnstown for processing on Wednesday, Jan. 9, 2019. 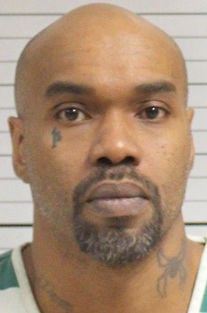 Shakir Smith, 41, (center) is escorted into the Public Safety Building in Johnstown for processing on Wednesday, Jan. 9, 2019.

A Johnstown man already accused of soliciting a confidential informant’s murder in 2015 is now charged as an accomplice – with authorities indicating he directed a 14-year-old nephew to eliminate her.

Shakir Smith, 43, is accused of writing a series of letters from behind bars, saying that he wanted to see Carol Ashcom “put down” like a rabid dog. Then, after her death, he bragged to fellow inmates that his well-trained “young-ins” – under-age family members – followed his orders by shooting the confidential informant in the head, investigators in state Attorney General Josh Shapiro’s office wrote.

In an 18-page criminal complaint, obtained Tuesday by The Tribune-Democrat, investigators said Smith had messages relayed to the boys through letters, bragged in jail about their successes and sought to reward them with a cookout after a rival was shot in another case.

AG’s agents Thomas Moore and Ryan Caputo wrote that one inmate told authorities that Smith predicted his female informant would be killed – even predicting where Ashcom would be struck by bullets – before her body was discovered inside her home in 2015.

“That was her, that was my other CI ... she had to go,” Smith allegedly told a fellow inmate once her death was on the news.

Ashcom, 30, was found dead of multiple gunshot wounds in her Virginia Avenue home in Lower Yoder Township on March 11, 2015.

Her young son was at home at the time, police have said.

Charges against Smith were filed by Moore – a former Cambria County detective – and Caputo, narcotics agents with the Pennsylvania Office of the State Attorney General.

They said letters from Smith, prison phone calls and court-approved “non-consenual” recordings of Smith’s prison visits were all used to gather evidence in the case. The homicide charge against Smith followed an earlier statewide grand jury presentment, which was also referenced in the case and led to the initial solicitation charge in the Ashcom case.

Police said the woman was working as a confidential informant – and conducted three controlled purchases of narcotics from Smith in April 2014.

Within weeks, Smith was aware of Ashcom’s dealings, investigators said, and he began writing a series of letters to a Johnstown woman, telling her to warn Ashcom to keep quiet, and later saying “she gotta go.”

In several instances, the criminal complaint says, he ordered the woman to pass on information to his teenage son, Shyheim, or nephew, Mizzon Grandinetti.

At the time, both were minors – Shyheim, 17, and Mizzon, 14. According to an earlier grand jury indictment against Smith, both of the young men were members of Smith’s “Lynch Mob” gang that frequently carried out his orders – often out of fear, investigators said.

Smith expressed frustration to his son and others in calls or letters to another listed Lynch Mob member, India Snyder, adding Ashcom’s testimony could keep him behind bars for 20 years if she wasn’t eliminated, investigators wrote in the complaint.

“If Carol goes away, I can get less than that,” he wrote in one letter.

On March 8 and 9, Grandinetti, Shyheim Smith and Krysten Pretlor – a man jailed for a 2016 shooting in Dale – went to a fellow Lynch Mob member’s home looking for gloves and masks, a witness told the Attorney General’s Office.

‘Was going to snitch’

According to one witness identified only as “CW #2,” Grandinetti – then 14 years old – admitted to killing the woman, standing over top of her and firing while her son was in the home “because he felt like she was going to snitch.”

According to investigators, Smith told an unnamed inmate it was Grandinetti’s turn to be “up” – or to commit murder for him.

Echoing details in the 2019 grand jury presentment against Smith, investigators said that Smith also made comments about his “Lynch Mob” members playing a role in two other shootings, including the murder of Shakir Smith’s cousin, Jarret Smith, of Johnstown.

As of Tuesday, no charges had been filed in the Jarret Smith’s murder.

Investigators said after a rival, Richard “Noog” Agurs, was shot on Ash Street in June 2014, Smith said “Lynch Mob, I love them” and told a fellow member to tell Shyheim Smith he loved him.

Investigators described the shooting as a retaliation. Agurs had allegedly shot at Smith family members, including son Shyheim, a little more than a week earlier.

Upon learning Agurs had been shot, he directed Snyder to make them something good to eat – a “cookout” – if it wasn’t raining.

Smith has maintained he is not guilty in the Ashcom case.

The Johnstown man has a history of drug cases and violence that dates back more than 20 years.

Smith has been in Somerset County Jail since January 2019 after a raid on a home where he was staying turned up drugs and guns.

He had been paroled just days earlier, following more than four years of incarceration for crimes related to two separate cases: one for the “witness intimidation” beating of a fellow Cambria County Prison inmate in 2014, and the other for drugs.

To Smith’s defense attorney, Timothy Burns, investigators are trying to pin Ashcom’s death on him with a weak case based on angry letters, inmates’ stories and not much else.

“The Attorney Generals Office is trying to base its case on negative statements my client allegedly made against the victim in this case ... and his criminal history,” Burns said.

“I’m not saying my client has been a model citizen – but that doesn’t make him a murderer,” he said. “And just because you don’t like someone doesn’t mean you ordered their death.”

Burns said he has several motions pending in the solicitation case, which is currently scheduled for trial in June.

Judge Patrick T. Kiniry rescheduled jury selection for the trial of Shakir Mosi Smith Sr., who faces a single charge of criminal solicitation to commit first-degree murder, for a to-be-decided date in June. It had been scheduled for April.