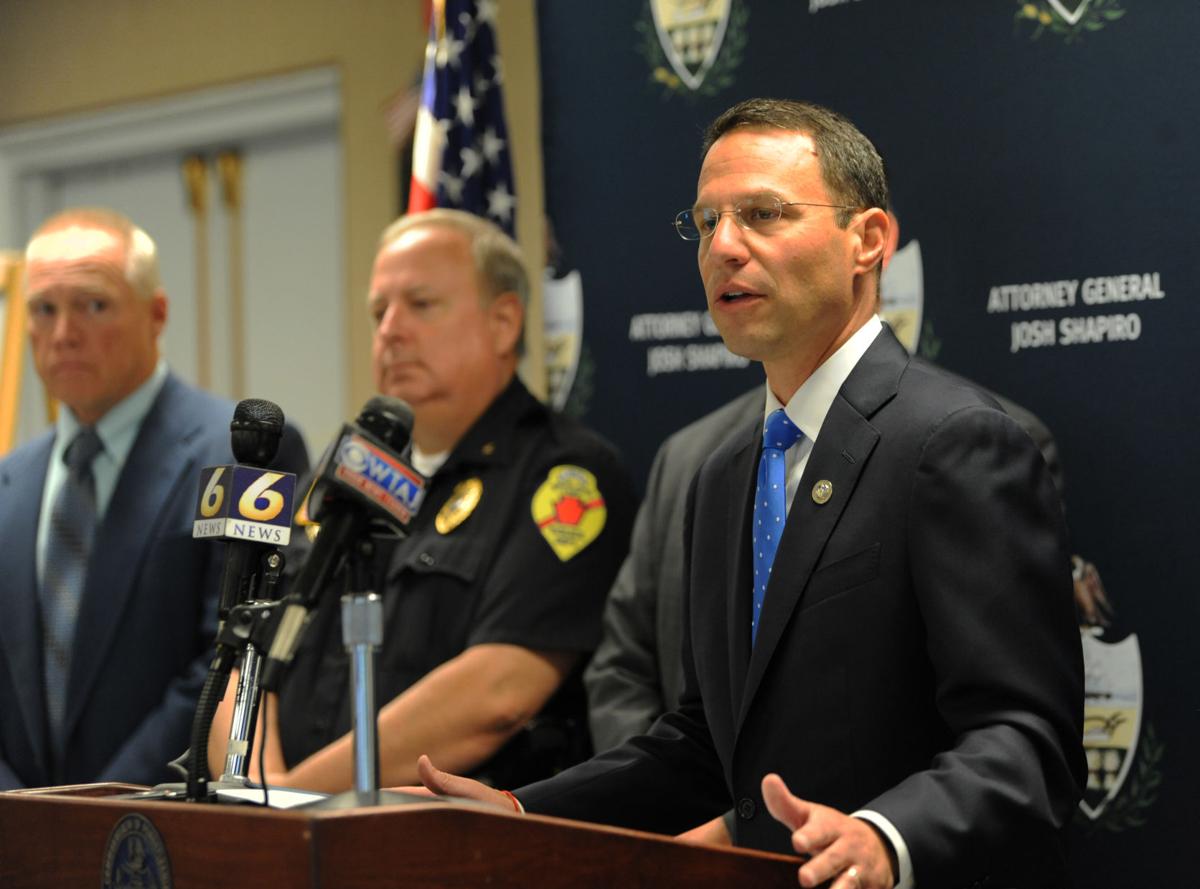 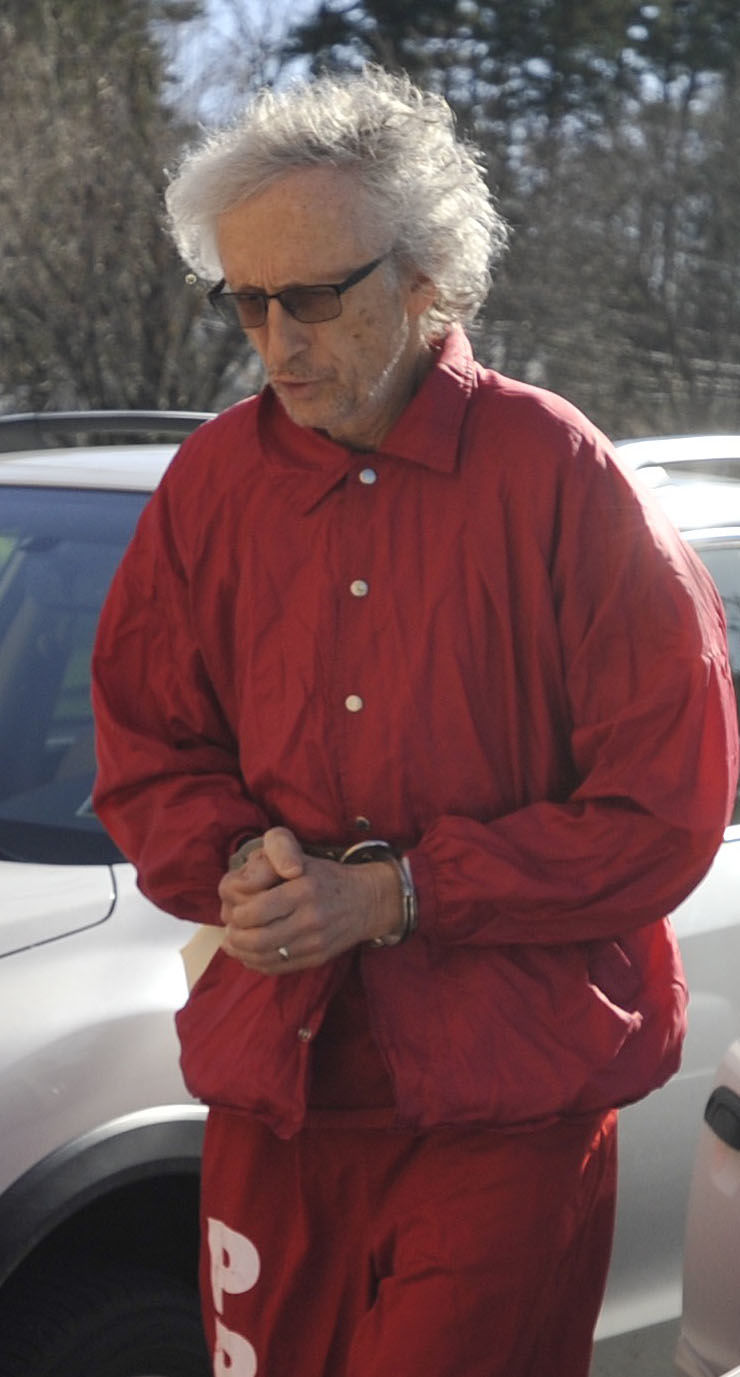 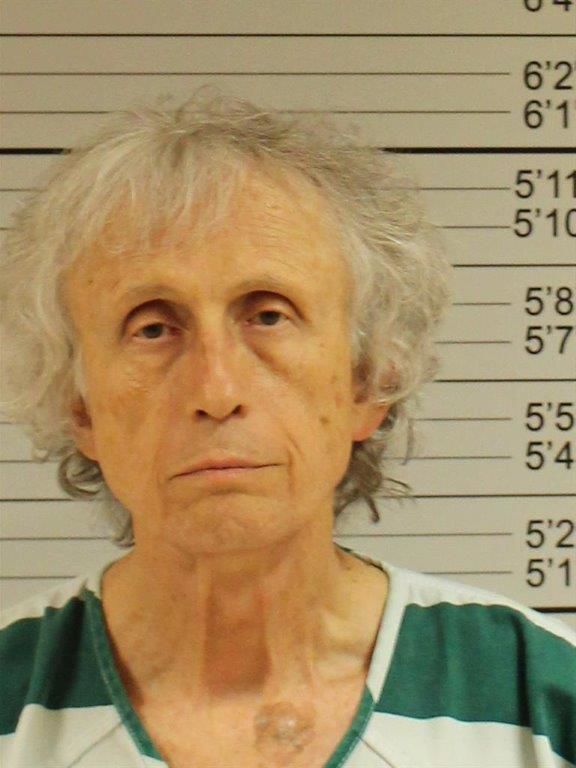 Editor's note: Some readers may find details in this story to be troubling due to their graphic nature.

Criminal complaints filed for those charges detail allegations made regarding patients of Barto who were children of all ages when the alleged abuse occurred.

"This was a monstrous act by a predator pediatrician," Shapiro said.

According to the criminal complaints, Barto allegedly performed genital exams often on both male and female patients.

Much of the alleged abuse took place during routine wellness checks, physicals and for visits related to conditions such as influenza symptoms, seizures, kidney stones, ear infections and sore throats.

One case from the mid-1990s involves an alleged victim who was between 12 and 13 years old when she saw Barto for an ear infection, a visit in which he allegedly unclasped her bra and gave her a breast and vaginal exam.

The alleged victim "described how she was so upset, she was shaking so hard she was unable to reclasp her bra and only redressed enough to leave the exam room," the criminal complaint says.

Barto never examined her ear during the visit, the alleged victim told investigators.

A 7-year-old alleged victim from 1999 told investigators she saw Barto for a sore throat and ear infection when he "held a finger to his own lips and was silently 'shushing' " her before touching her vaginal area.

Most of the alleged victims told law enforcement that Barto used his body as a shield to prevent parents from seeing the genital exams, asked guardians to leave the room, or explained his behavior as routine.

One alleged victim was two weeks old when Barto allegedly sexually assaulted her, causing her to cry out in pain.

When the infant's father became upset, Barto allegedly told the girl's parents his behavior was routine.

"I need to do this to make sure everything is okay," Barto said, according to the criminal complaint.

Shapiro said Barto's case "had an added dimension" because he was trusted by patients, parents and the community.

"Barto used his position of authority as a pediatrician – the family doctor everyone relied on to treat and heal their children – and abused it to feed his own sick sexual desires," Shapiro said.

Could face life in jail

In some incidents, parents of alleged victims confronted Barto. In a 2017 incident, the parent of a 13-year-old male alleged seeing Barto conduct a genital exam on her son, who was exhibiting flu-like symptoms.

The mother told police that when she confronted Barto, the doctor left the exam room without explanation.

The criminal complaint said one parent wrote a formal complaint and another had a meeting with Barto and his office manager in 1997, during which Barto allegedly promised never to examine female teenage patients alone again.

A majority of the incidents detailed in the criminal complaint Monday occurred at Barto's Richland Township office at Laurel Pediatrics, while others allegedly took place at Conemaugh Hospital or the Laurel Pediatrics Office in Somerset County.

Barto was arraigned Monday morning by District Judge Susan Gindlesperger, who set bail at 10 percent of $1.5 million for one set of charges and 10 percent of $1 million in the other.

If convicted of all the charges against him, Barto will spend the rest of his life incarcerated, Shapiro said.

"Johnnie Barto is a predator and a public menace," the AG said, who "deserves to spend the rest of his life behind bars where he belongs."

Monday's announcement was the result of "months of intensive investigation," Shapiro said.

The case started with Barto, 70, of the 200 block of Delta Drive, was first charged in January with indecent assault, corruption of minors and endangering the welfare of children after he was accused of inappropriately touching a 12-year-old patient during an office visit on Dec. 21 at Laurel Pediatrics in Richland Township.

In March, Barto was charged with two counts of indecent assault and one count each of corruption of minors and endangering the welfare of children based on a report from a 29-year-old woman who said she was 14 when Barto touched her inappropriately while she was sleeping on a couch in his home in 2002.

Another set of charges were filed April 9, alleging Barto inappropriately touched a young relative on numerous occasions, the latest occurring in December.

Barto has been represented by Johnstown attorney David Weaver for those cases.

He remains in custody at Cambria County Prison after his bond was revoked in May by Judge David Tulowitzki based on a motion filed by Senior Deputy Attorney General Simquita Bridges, which stated that no bond conditions would ensure the safety of the community in light of the allegations made against Barto.

When Barto was first charged, Callihan said she felt there was a likelihood the investigation might cross county lines, as Barto maintained offices in both Cambria and Somerset counties.

After Barto's initial charges, Richland Township police and the attorney general’s office received numerous calls detailing similar incidents involving Barto in the past. Shapiro said his office followed up on every single one of those leads.

Barto’s medical license was suspended on Jan. 22 by the Pennsylvania Board of Medicine.

Barto was accused in 1998 of sexually molesting two girls during office visits. At the time, Barto maintained his innocence, fought the allegations and was cleared in 2000.

The state Board of Medicine in Harrisburg, which had been investigating the matter for two years, permitted Barto to keep his license and begin serving patients again in May of that year, reporting there was no evidence to support the allegations.

The 1998 accusations against Barto never resulted in criminal charges, and the Cambria County Prothonotary’s Office has no records of any civil complaints filed against Barto for those accusations.

Shapiro declined to comment on whether the same girls who made those allegations in 1998 were victims in the latest charges, but emphasized that the investigation of Barto "is very much ongoing."

Shapiro also declined to comment on whether charges could be filed against those who worked alongside Barto and knew about his actions.

He praised the alleged victims who shared their experiences with investigators thus far and encouraged anyone with information about other incidents of abuse at the hands of Barto to reach out through a hotline established for his case: 412-565-7680.

Anyone with information related to the investigation can also contact Richland Township police at 266-8333.

By now, most everyone has heard the story of abuse that I suffered as a child while growing up in Johnstown.