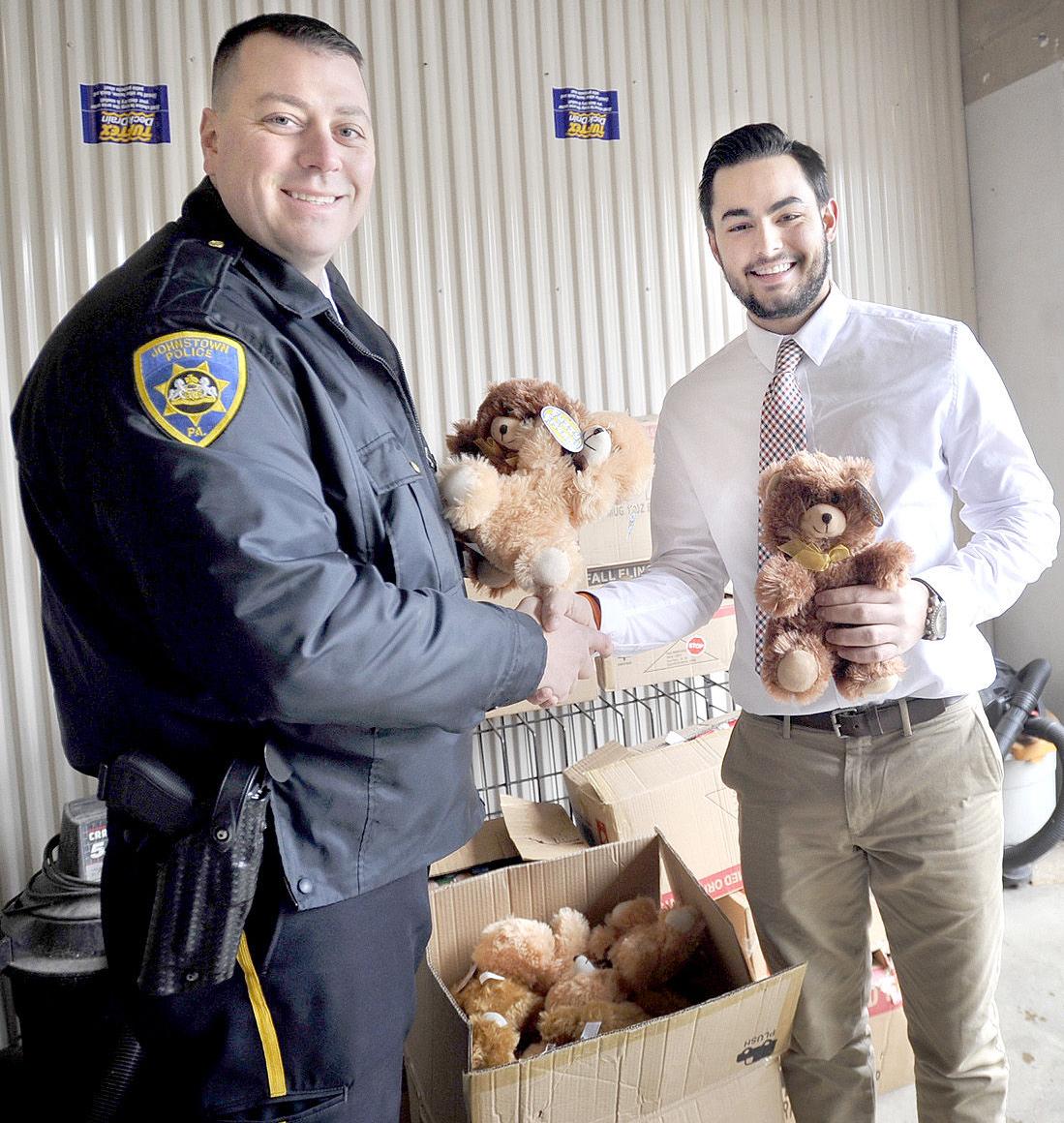 Johnstown police Capt. Chad Miller and Cuddles for Kids founder Conner Hagins sort through one of several boxes of toys that Cuddles donated to the city police on Friday, Dec. 16, 2016. 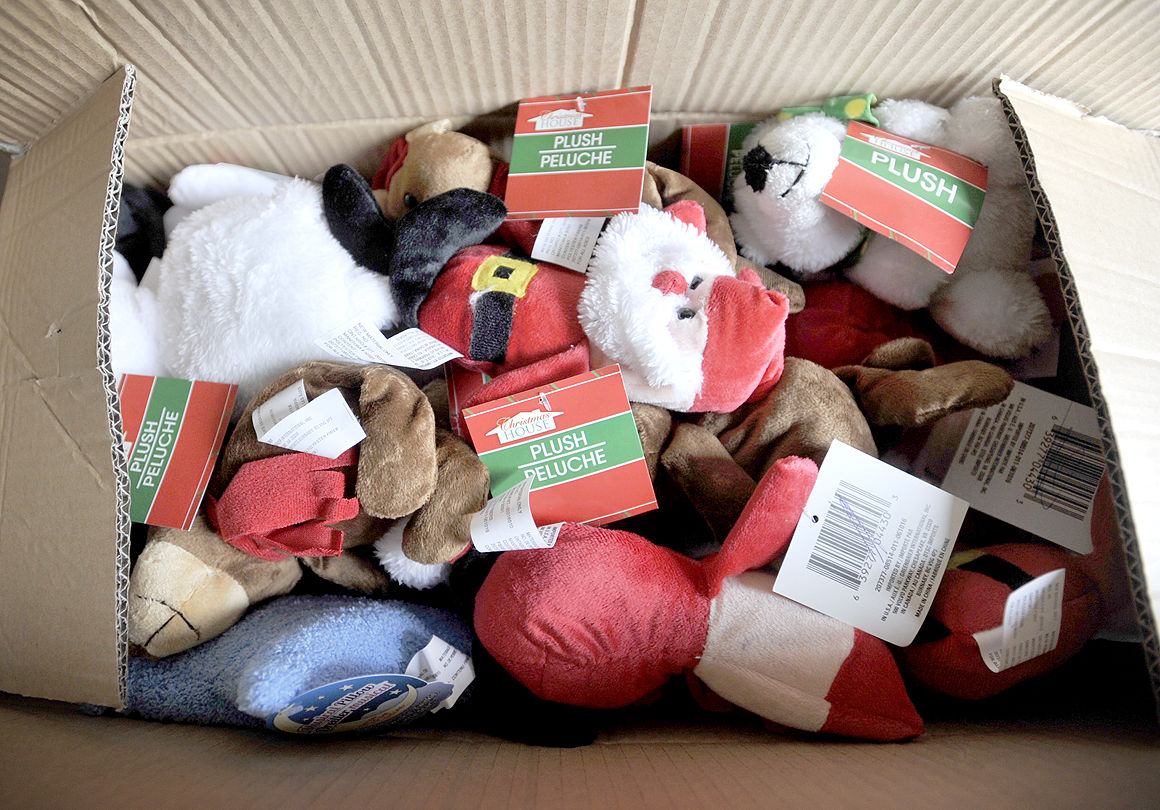 Some of the toys donated to the Johnstown Police Department by Cuddles for Kids on Dec. 16, 2016.

Johnstown police Capt. Chad Miller and Cuddles for Kids founder Conner Hagins sort through one of several boxes of toys that Cuddles donated to the city police on Friday, Dec. 16, 2016.

Some of the toys donated to the Johnstown Police Department by Cuddles for Kids on Dec. 16, 2016.

As Christmas approaches, Johnstown-based charity Cuddles for Kids is busy making sure thousands of children in the Johnstown area and beyond will have Christmas presents this year.

“This is the moment we look forward to every year,” Cuddles for Kids founder Conner Hagins said Friday afternoon as he delivered boxes full of stuffed animals, coloring books and crayons to the Johnstown Police Department.

“Just to be able to give back – it’s a special gift for us all.”

“We’ll have them in our vehicles, and we’ll hand out the gifts whenever we come across kids during the Christmas season,” Miller said.

“Hopefully, we can hand them all out and make some kids’ Christmases a little brighter.”

Miller said Cuddles for Kids’ donation is vital for helping the police department fulfill its mission.

“It’s tremendous to have organizations helping us out. We can’t do this all on our own,” he said.

“We rely on organizations to help us reach out and build that relationship with the community.”

For his part, Hagins said he’s just thankful to be able to help out.

“I appreciate everything the police do, especially in our town. For me to able to donate to that, it’s just incredible for me,” Hagins said.

After Hagins dropped off the police department’s delivery of 350 toys, he traveled to Greater Johnstown High School to deliver 500 more items to be handed out during the school’s Trojan Family Christmas.

That event will feature live music, storytime, crafts and a warm meal. It’s open to Greater Johnstown School District students aged 4 to 12 – each of whom will leave with a gift – and their families.

Supporting the annual Trojan Family Christmas, which will be held this year on Wednesday at 5 p.m., is “almost like a tradition for us,” Hagins said.

Hagins expects to donate more than 20,000 toys – beating out last year’s record number of donations – to children this Christmas season.

“Every year, it’s bigger than the year before,” Hagins said.

Since its creation in 2006, when Hagins was just nine years old, Cuddles for Kids has donated approximately 145,000 toys, coloring books and stuffed animals to children – not just in Johnstown, but throughout Pennsylvania and the world.

Recently, the charity expanded into Pittsburgh, where Hagins is a sophomore at La Roche College.

“We want them to have as many toys as they can, especially during the holiday season,” he said.

Also on Friday, Hagins accepted a $5,000 check on Cuddles for Kids’ behalf from Laurel Auto Group at a morning presentation ceremony. The award was made through Laurel Auto Group’s Toyota Match program.