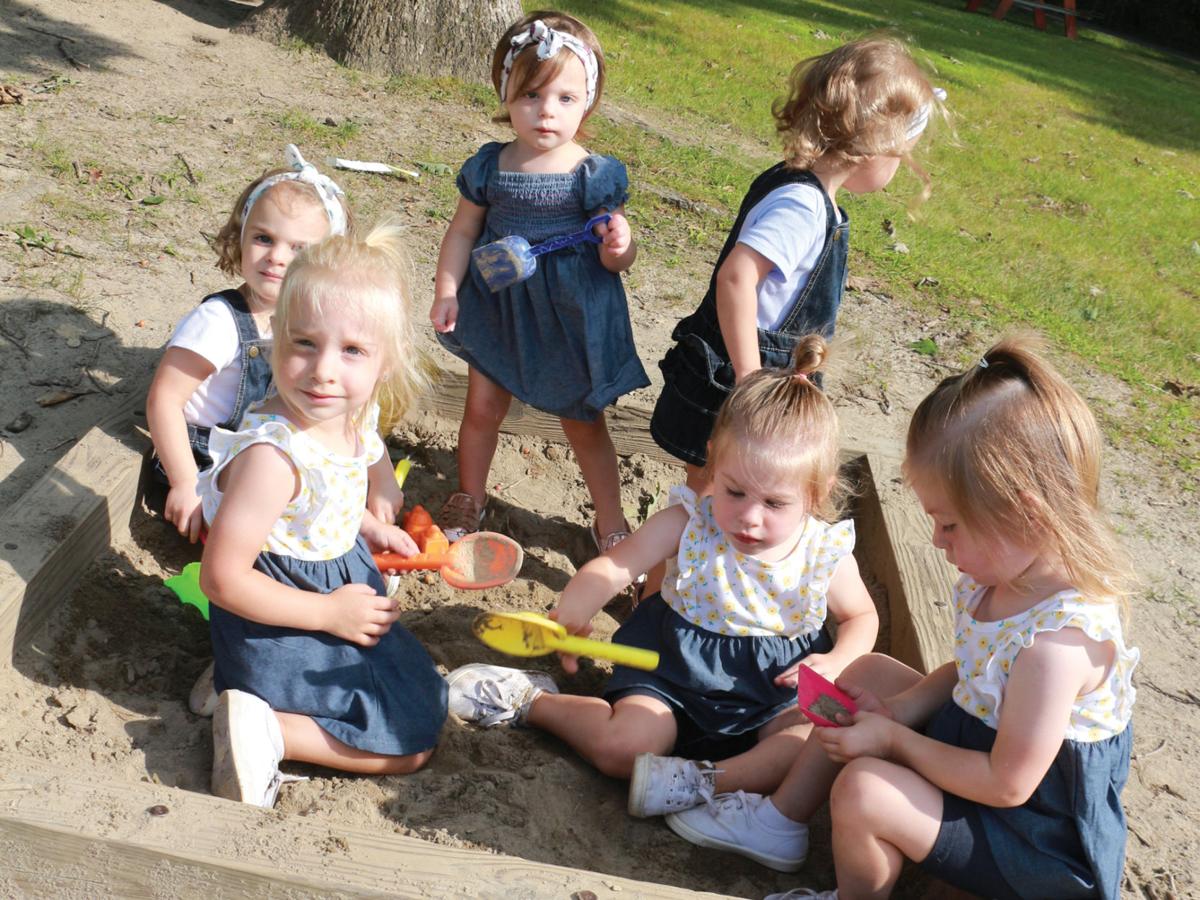 Two sets of triplets play in a sandbox at Windber Recreation Park, August 2019. 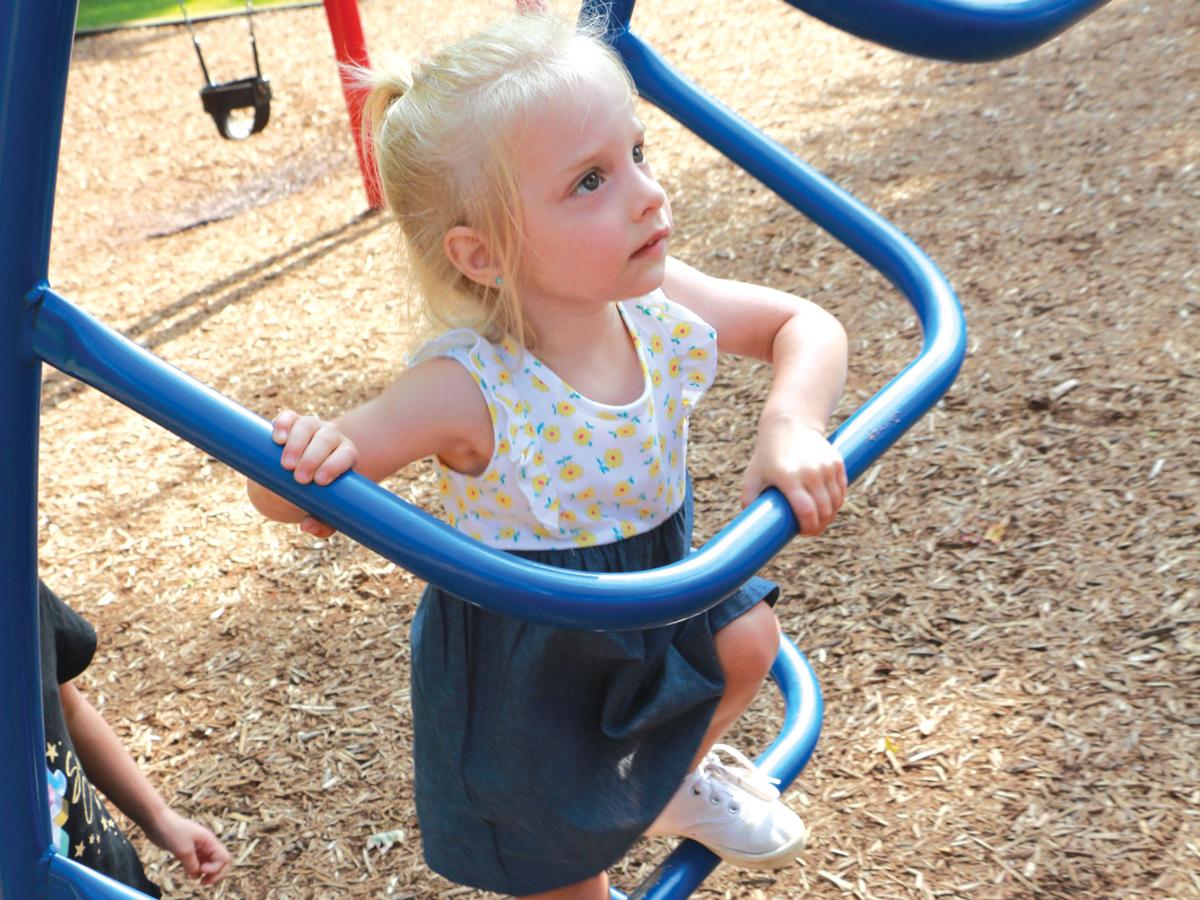 Two sets of triplets play in a sandbox at Windber Recreation Park, August 2019.

As their triplet daughters learn to walk and develop language skills, two area families say it is rewarding to watch the girls' individual personalities emerge.

Johnstown Magazine has been updating the progress of the Hill triplets and the Swanson triplets since the girls were infants. The two sets of triplet girls were born less than six weeks apart in 2017.

Branden and Shelby Hill’s daughters – Adalyn Mae, Brinley Ann and Presley Rae Hill – were born Feb. 18, 2017. The family lived in Ferndale when the girls were born, but have since moved to Hooversville. The triplets' older sister, Peyton, started kindergarten this year.

Andrew and Courtney Swanson’s daughters – Auden Joy, Blaken May and Cameron Lyn Swanson – were born March 29, 2017. The family lived near Salix when the girls were babies, but now live in Sidman.

The two families got together for pictures at Windber Recreation Park and shared their thoughts on raising triplet toddlers.

“It is amazing that they are so different even though they were raised the same way, under the same roof,” says Courtney Swanson.

Auden loves water, is a picky eater and can be dramatic, her mother says.

“Auden is the most independent out of the three,” says Courtney Swanson. “You can see her going off by herself with make-believe play. The other two still need more interaction.”

Blaken loves playing in sand. She is talkative, and will eat almost any foods.

“Cameron loves everything,” her mother says. She's also mild mannered, and the least shy of the three, but has a tendency to be accident prone.

Shelby and Branden Hill have also enjoyed watching their daughters begin to exhibit their individuality.

Each one has her own personality.

“Addy is moody, head of the pack, but momma's girl,” says Shelby Hill. “Brinley is the wild one, and Presley is sweet and always happy.”

There have been some challenges raising triplets, both families admit.

“It's hard to clean the house with three little ones at your feet destroying everything you just cleaned,” says Shelby Hill.

Potty training and transitioning the girls from cribs to beds this summer has produced some frustrating moments for the Swansons.

Family members of both couples have stepped up to provide daycare for their daughters when needed. Courtney Swanson teaches in the Westmont Hilltop School District and Andrew Swanson works for Galliker's Dairy. Shelby Hill works at Conemaugh Memorial Medical Center and Branden Hill is retired from the Marines.

Taking the girls anywhere is bound to attract some attention, say both couples.

“People say, 'I don't know how you do it,'” says Andrew Swanson. “We don't really have a choice. This is all we know.”

Strangers often volunteer that they know other families with twins or triplets, or that they have a twin sibling.

“Seeing that we have triplets scares people. They'll say things like, 'Better you than me,'” says Shelby Hill. “It was scary at first, when we found out we were having triplets. But what they don't know: It's pretty awesome.”