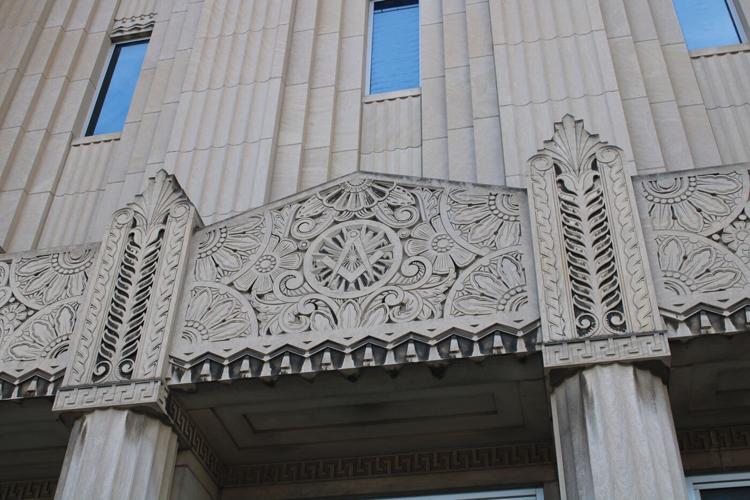 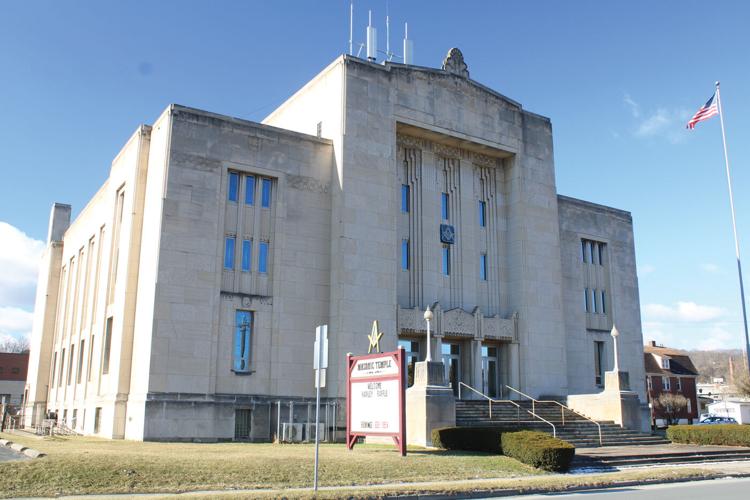 Some of you may have attended a craft show, wedding reception, high school prom, or other event in the Masonic Temple, a majestic building that sits along Valley Pike. If you are old enough, you may even remember attending Saturday night teen dances there. But what is it, exactly?

The Masonic Temple is the home of two lodges of the Free and Accepted Masons, a fraternal organization that traces its roots back to the 13th century. The older of the two lodges, known as Cambria Lodge Number 278, began in 1854. The more recent of the two, Greater Johnstown Lodge Number 538, is only slightly newer, having been established in 1875.

Sadly, fires claimed the early records of both lodges, but fortunately, Ricky Fetzer, Secretary of Lodge 538, has painstakingly assembled a comprehensive history of local Masonry from other sources.

Early Masonic meetings were held in a hall located at Railroad and Clinton streets. Later the meetings were relocated to Main Street in a building that sat about where the old J.C. Penney store was located. In April 1894, the two Johnstown lodges, along with the Portage Chapter 195 Royal Arch Masons relocated to Alma Hall on Main Street.

The Masons were given exclusive use of the fourth floor for an initial annual rental of $640. Alma Hall, one of the downtown buildings that survived the 1889 flood, is used today by the IOOF, the Independent Order of Odd Fellows.

In 1917, the Johnstown Masonic Temple Association was chartered. The charter provided for the formal organization of the association and the eventual construction of a Masonic Temple. An organization meeting was held June 25, 1917, at which time Brother R. Given Rose was elected president and Brother Earnest G. Owen was elected secretary, with Rose continuing as president for 20 more years.

The local Masonic lodges grew to a point where it became obvious that a larger facility was needed.

In June 1923, a site for a new temple along Valley Pike was purchased from the Conrad Suppes family for $73,000, and the firm of J.C. Fulton and Sons was hired four years later as architects.

The Temple Association approved construction of the temple in November 1929, just as the United States descended into the Great Depression. Across the country, construction projects ground to a halt. Locally, however, the construction plans for the new Masonic Temple continued.

The Wilson Construction Company was awarded the general contract at a price of $195,000.

The cornerstone for the new building was laid Nov. 14, 1931. Plans had to be scaled back and only one of the two planned meeting halls, the York Rite Room, was completed when the first meetings took place. That room served as the sole meeting site through the next two decades, as the Temple Association struggled financially along with the rest of the country. As the building neared completion, however, money was allotted to cover payment to acclaimed stone carver Albert McIlveen for his elaborate carvings that adorn the main entrance and window lintels.

Early upon occupying the building, the Ladies Auxiliary of Oriental Commandery No. 61 Knights Templar authorized an expenditure of $5,688.61 to purchase kitchen and dining room equipment for the building. At the same time the auxiliary organized its members into a corps for serving banquets. They eventually were able to contribute $26,405.25 to assist the association with its operation.

In December 1936, the Temple Association hosted a Christmas party which was so successful that the four lodges formed what became known as the Good Cheer Club. The club’s purpose was to organize events that would benefit the association.

When WW II ended, attention was concentrated on completing the second of the two meeting halls, known as the Blue Lodge room. The room, with an Egyptian theme, opened in October 1948.

A period of relative prosperity for the next 30 years ended with an economic downturn and a coinciding national trend of declining interest in fraternal societies. The four lodges struggled, with the Conemaugh Lodge 692 and the Johnstown Lodge 578 finally merging to form the Johnstown-Conemaugh Lodge 538 in December 1991. Five years later, the Sunnehanna Lodge No. 742 joined in the merger to create the Greater Johnstown Lodge 538.

Today the Temple is the home of the Masonic Temple Association and Cambria Lodge 278, Greater Johnstown Lodge 538, Portage Royal Arch Chapter No. 195, Cambria Council No. 32 and Oriental Commandery No. 61, Knights Templar.