You have permission to edit this article.
Edit
Home
Subscribe
Shutterbugs
Events
Advertise with Us
The Tribune-Democrat
1 of 2 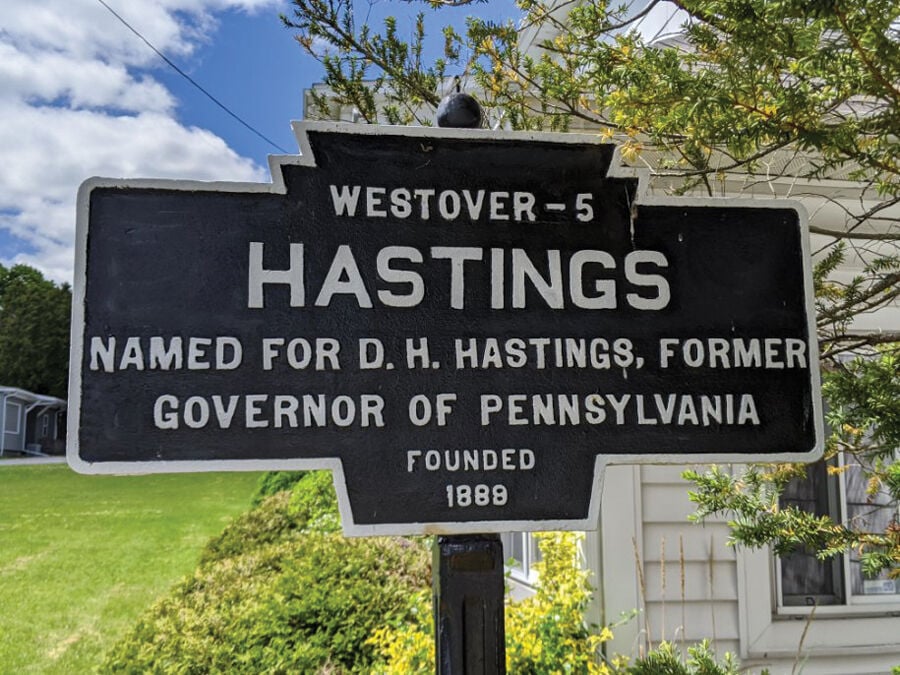 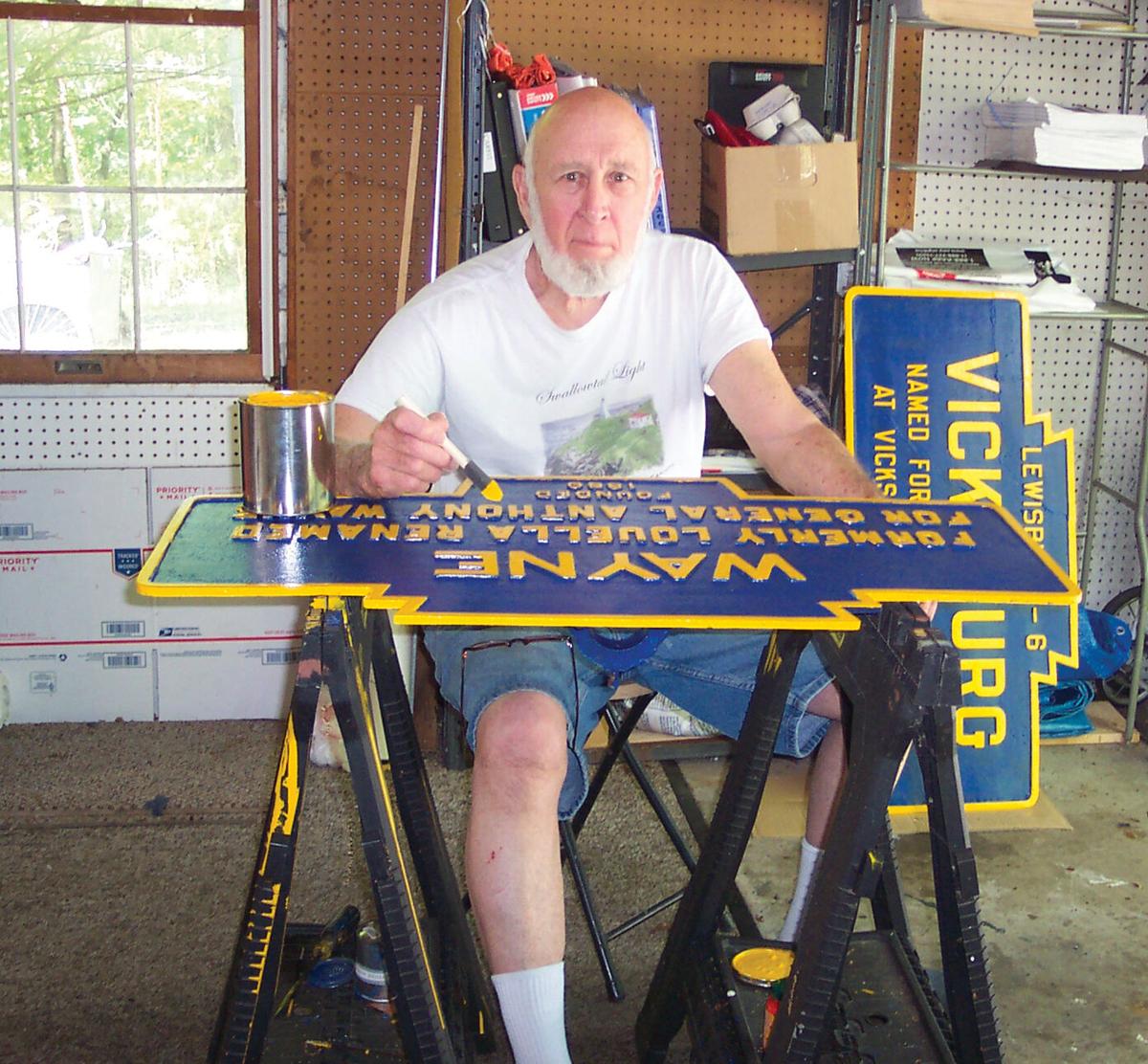 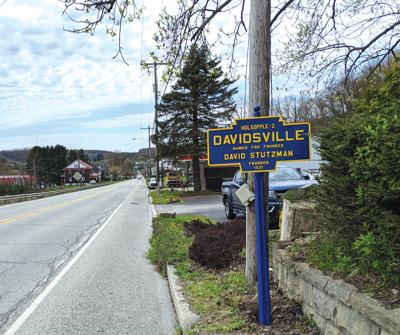 Back in the days before Mapquest and Google Maps, drivers used folding maps. Superhighways didn’t exist. Driving was new.

It was an adventure, but it wasn’t easy to know where you were unless you wanted to pull off the road, unfold a map, and try to locate your position.

In the early 1920s, the Pennsylvania Department of Highways (the predecessor to PennDOT), started manufacturing road markers. They followed in the tradition of mile markers on turnpikes but with a lot more flare than the simple green signs on highways today that state the name of a town and how many miles it is to reach it.

Pennsylvania’s road markers were “literally signs of Pennsylvania pride,” according to Jack Graham, president of the Keystone Marker Trust.

The Keystone Markers take their name from their shape, which not surprisingly, is a keystone.

“Indeed, it was the Keystone Marker program that cemented the keystone shape’s association with the Commonwealth,” Graham writes in an article about the markers.

Each marker was made of cast iron by Carlisle Foundry in Carlisle and the Geiser Manufacturing Company in Waynesboro (both have been out of business for decades).

The signs were painted dark blue with the edge and lettering painted bright yellow. Besides the distance to the next town, the markers also gave a tidbit of information, such as the town’s founding year or who it was named after. Streams were also marked, although no additional information other than the stream name is on the marker, and these markers are double sided.

“It would appear from our research and records that any town that was on the ‘state road’ (a numbered route – state or federal) got at least two of the markers,” Graham says. “They were erected at each end of town at the town boundary.”

If the town had more than one numbered route, it would have four or more signs; however, Graham says few towns have more than two surviving signs. Hanover, in York County, still has five. Only one remains in all of Philadelphia, which likely had many. None survive in Pittsburgh to our knowledge.

“For example, there are/were a lot along the Lincoln Highway, which over time has changed routes, so some markers are still located along old sections of the highway. If you could find old maps of the state from the 20s and 30s, the major highways were definitely different then,” says Mike Wintermantel, a board member with the Keystone Marker Trust.

“Town and road expansion and development spelled the doom of many, but far too many have succumbed to simple neglect,” Graham adds.

The Keystone Marker Trust maintains a marker database where information on any of the markers, whether still existing or once existed, is maintained. However, it is not known how many of the original markers still exist since no record has been found of how many were originally manufactured and installed.

“We continue to be made aware of ones we didn’t know about before,” Graham says.  “Many are often also found tucked away in the dark corners of township/borough maintenance sheds. In these cases we work with the towns involved to try to get these restored and reinstalled.”

What of the most recent finds was a stream marker for Allegheny Creek. It probably stood along Route 724 in the Gibraltar area of Berks County.

“It had come into private hands – how, who knows – and advertised for sale on Facebook,” Graham says. “One of our Trust members purchased it with his own funds and we have restored it.”

Once restored, the marker will be reinstalled in the Allegheny Aqueduct Park where the old stone aqueduct crosses Allegheny Creek.

Wintermantel also found one for the town of Bigler in Clearfield County.

“I was searching for historical markers and found this one along the road, a portion of the marker was broken off and it was very rusted,” he says. “A neighbor found the missing piece and I am now in the process of restoring it and will eventually get it reinstalled when the post is ready.”

Despite the research and work of the Trust, it is still unknown when the Department of Highways started installing the markers. The Department of Highways Biennial Report for 1926 to 1928 states: “The Department also makes a practice of marking the limits of boroughs with cast iron signs on which are a few facts as to the date the community was founded and the derivation of its name.” The latest reference to installations is in department documents from 1943, where they are referred to as “historical” signs.

“It probably stopped at the onset of World War II, due to metal shortage,” Wintermantel says.

Today, PennDot officially owns the markers that are still standing along state or federal numbered routes. Maintaining them is not a high priority, and the department encourages “local adoption.”

This is where the Keystone Marker Trust comes in.

“Some local residents have painted them or have tried to keep them in shape, every little bit helps preserve the markers. Our mission at the Trust is to maintain, restore, refurbish, document, inventory, etc. the markers. Being a non-profit organization, donations and financial help from some local municipalities are always welcome. Some municipalities will help with taking the markers down for us to restore, moving or straightening out posts if needed,” Wintermantel says.

For more information about the Keystone Marker Trust or to use the marker database, visit www.keystonemarkertrust.org.

Where to find local markers