You have permission to edit this article.
Edit
Home
Subscribe
Shutterbugs
Features
Events
On the Beat with Archie
Advertise with Us
The Tribune-Democrat
1 of 2 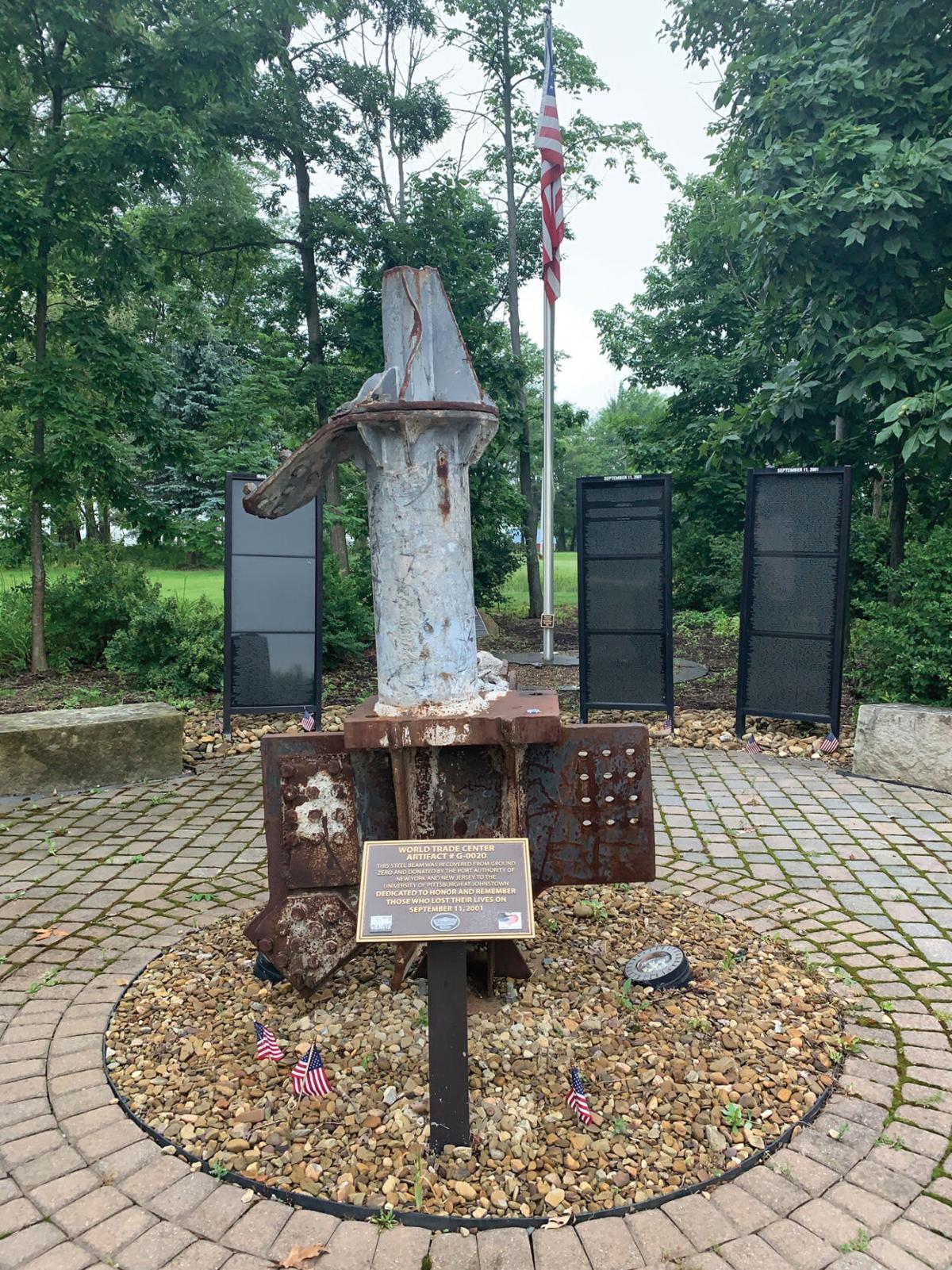 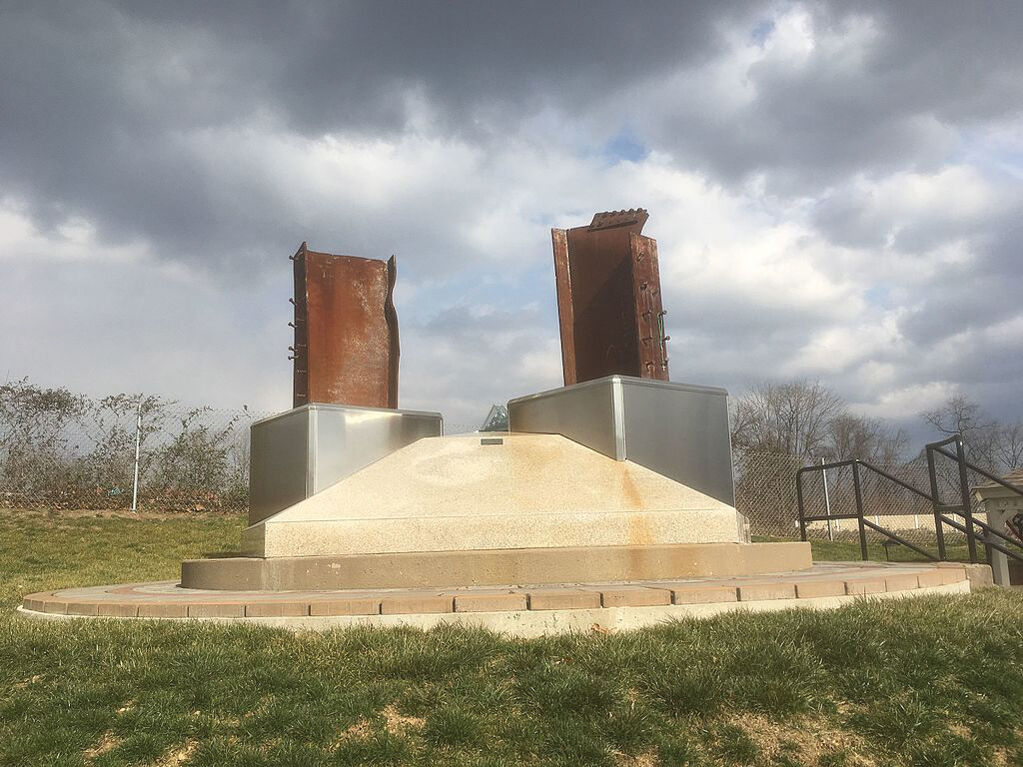 Three major memorials to Sept. 11, 2001, are located on the sites where the four hijacked jets crashed in New York City, Washington, D.C., and Shankville.

Closest to home, the Flight 93 National Memorial in Shanksville is a 400-acre site with an additional 1,800 acres surrounding it.

Near the entrance to the park, the Tower of Voices stands 93 feet tall and features 40 wind chimes to represent the passengers and crew of Flight 93.

The visitor center holds a permanent exhibition that tells the story in the context of the larger terrorist attack.

It features artifacts, multi-media and inter-active exhibits, as well as a book store.

The Memorial Plaza extends one quarter mile along the area where Flight 93 crashed.

Located underneath the flight path, the Wall of Names features 40 white marble stones inscribed with the names of the passengers and crew. Black granite denotes the flight path. The Ceremonial Gate, constructed of hemlock wood, allows visitors to view the impact site that is marked by a sandstone boulder.

The 9/11 Memorial & Museum, located at what was once the Twin Towers of the World Trade Center, has the country’s largest collection of material evidence, testimony and historical records in its 110,000-square-foot museum.

The site also includes twin reflecting pools that are nearly an acre each and feature the largest man-made waterfalls in North America. Nearly 3,000 names of those killed in the attacks are inscribed around the pools.

Tribute in Light is an art installation made up of 88 vertical searchlights arranged in two columns to represent the twin towers.

The National 9/11 Pentagon Memorial is made up of 184 memorial benches – one for each of the individuals lost in the Sept. 11 attack on the Pentagon. The benches are surrounded by 85 Crape Myrtles trees.

These three memorials are certainly not the only monuments built to honor the victims of that day. There are hundreds located across the country and even in foreign countries.

Here are some that are located in Pennsylvania:

At the corner of Power Street and Fifth Avenue in Johnstown’s Cambria City region, stands a monument contructed from a structural beam from one of New York City’s Twin Towers.

A plaque reads in part: “As you touch this column, remember them, their families and all who serve our country in your prayers.”

The Heroes Memorial is located near Krebs Hall on the campus of The University of Pittsburgh at Johnstown.

It is believed to be the only memorial of its kind on any college campus in the country.

The memorial not only pays tribute to those who died on Sept. 11, 2001, it also honors the service men and women who have been killed in Iraq and Afghanistan.

The memorial centers around a 3,500-pound steel I-beam from the World Trade Center. It highlights more than 9,000 names.

On the university’s website, Jem Spectar, president, has the following quote:

“This memorial serves as a teachable monument, a solemn signpost of ultimate service to country, including by many college-age citizens. It is a remembrance of the heavy burden borne by the fallen, the wounded, and their families and is a sober awakening to the obligations of citizenship, a clarion call to us all to be worthy of their sacrifice.

“As monumental as this memorial to the fallen and the wounded may be, it is not enough, never enough, to simply thank them for their service. Let us honor their service by being Citizens worthy of their sacrifice.”

In nearby Indiana, IUP also has a memorial to honor the victims of Sept. 11.

Dedicated Sept. 11, 2002, and designed by Dr. James Nestor, the memorial reads: “The IUP community places this marker in loving memory of the innocent people from more than eightly nations who lost their lives in New York City, Washington, D.C., and Somerset, Pennsylvania due to the tragic events of September 11, 2001. Among those lost in the World Trade Center were IUP alumni Donald W. Jones ‘80, William Moskal ‘79 and William C. Sugra ‘93. May we never forget them.”

The monument includes the dedication plaque on a granite marker and a 13-foot remnant of the World Trade Center, on long-term loan from the Kovalchick family.

State Game Lands 93 is dedicated to the passengers and crew of Flight 93 by The Pennsylvania Game Commission and the Conservation Fund.

An inscription reads: “Welcome to State Game Lands 93, Dedicated to the Heroic Passengers and Crew of United Airlines Flight 93, May We Never Forget Their Sacrifice, September 11 2001.”

The dedicated land is a 665-acre tract located in Stoystown, Somerset County.

Established in September 2006, the land is just two-and-a-half miles from Flight 93 National Memorial. A portion of the land lies within the memorial’s boundaries, and “prevents commercial development near the memorial site.”

The inscription by Jim Daniels, professor of English at the university, reads: “We move through heavy days, wading through the river of routine, carrying on, because we must. While evil shrinks to its dense core, we grow into a family of open hands. In every room, we search for one to clasp, one to kiss, the embrace of us. We mourn. We bow our heads to find our real voices, to refuse the columns of names, and make each name its own list of one. Now we look over the flat lawns, carefully tended, smooth as dreams in which we survive one more day. We remember the earth has been broken. We plant a tree. Here it rises without a sound. Here we stop and listen.”

Located in the atrium of McAllister Building at Pennsylvania State University, is the Octacube, a steel sculpture dedicated to the victims of Sept. 11.

Described as a “projection of a four-dimensional object in three dimensions,” it is both a memorial and a teaching tool. It was designed by Adrian Ocneanu and dedicated to Kermit Charles Anderson on behalf of his wife, Jill Grashof Anderson.

A memorial at Harrisburg Area Community College is dedicated to “all who served with honor and bravery and to those who lost their lives as a result of the attacks on Sept. 11, 2001.”

Dedicated Sept. 11, 2014, it is made of World Trade Center Artifact #1-0027c, a steel beam recovered from Ground Zero and donated by the Port Authority of New York and New Jersey to the Senator John J. Shumaker Public Safety Center at the college.

It is believed that Union City, Erie County, was the first city in the United States to create a memorial to the heroes of Flight 93.

The Union City Flight 93 Memorial was dedicated Dec. 8, 2007, and includes 40 granite stones bearing the names of the passengers and crew members along a the Circle of Remembrance.

The front of the 40 stones is a polished stainless-steel mirror to “reflect the viewer’s own image to signify that it could have been any one of us aboard Flight 93 that day.”

The back of the stones are not finished to represent the fact the those who died aboard Flight 93 had unfinished lives.

The stones end at the Circle of Hope that contains an American flag and hand-painted tiles from local children to represent a hopeful future.

The city hosts memorial ceremonies every five years at the memorial site.

The Garden of Reflection 9-11 Memorial, located in Memorial Park in Lower Makefield Township in Bucks County, is the official state memorial to Sept. 11th victims from the commonwealth.

While created to remember and honor all 2,973 killed that day, the memorial gives special recognition to the 18 victims from Bucks County. Names of all victims are etched in glass with maple trees planted for each county resident who died that day.

The Memorial Park is made up of 62 acres with the Memorial Journey walking path leading to a 2.5-acre garden surrounded by the 2-acre Oak Garden Arboretum.

Architect Liuba Lashchyk designed the memorial with a walking path leading from sorrowful reminders of that day – World Trade Center remnants – towards “luminous symbols of hope, peace and celebration of life.” At the heart of the garden are twin towering fountains – symbolic of renewal and healing.

Construction of the memorial was completed in time for a dedication ceremony on the fifth anniversary of the tragic day.

The memorial was designed by Charles E. McDonald Jr., who said the monument “strives to represent all four flights and events of 9/11.

“The circular character of the concrete base and paved walkway are intended to be symbolic of the lack of anything but a roughly circular hole in the ground at the crash site of Flight 93 in Shanksville.”

The memorial includes a gazebo, patio and an entrance path and stairs that commemorate the attacks. Two steel beams from the World Trade Center center the monument.

The memorial plaque affixed to a rock on the side of the Mifflin County Memorial Bridge in Lewistown has this inscription: “Together we will show the world that the things that comprise the American spirit, our hope and humanity, our dreams and our love, are not kept in buildings, but in ourselves, 9-11-01, Never Forget”

The Franklin County Veterans and 9/11 Memorial Park features a memorial dedicated to the victims of the 9/11 attacks, first responders and veterans from subsequent wars.

Located beside the historic Letterkenny Chapel in Chambersburg, the memorial consists of a platform of polished black granite that serves as a base for three pieces of steel from the World Trade Center.

The monument sits on a circular brick patio in the center of a courtyard and is surrounded by benches.

Walkways branching off from each side of the patio lead to additional plaques and flags.

The 9/11 Memorial Time Capsule, containing ash from Ground Zero, maps of the 9/11 attacks and photos of the memorial’s construction, is buried on the eastern side of the memorial.

Dedicated to first responders, the memorial is located at Reliance Fire Hall in the borough.

Although he had lots of help, Hill did the planning and was heavily involved in the construction of the memorial.

He said he got the idea while visiting the memorial in New York City.

The ninth-grader reached out to the Port Authority Board of New York and New Jersey and eventually received more than 300 pounds of metal from the Twin Towers.

The metal was used to construct two nine-foot beams that are topped with ghost lights that shine up into the sky at night.

A four-foot black granite monument is etched with the American flag, the Twin Towers and an American bald eagle in flight. On its base are three bronze medallions representing first responders.