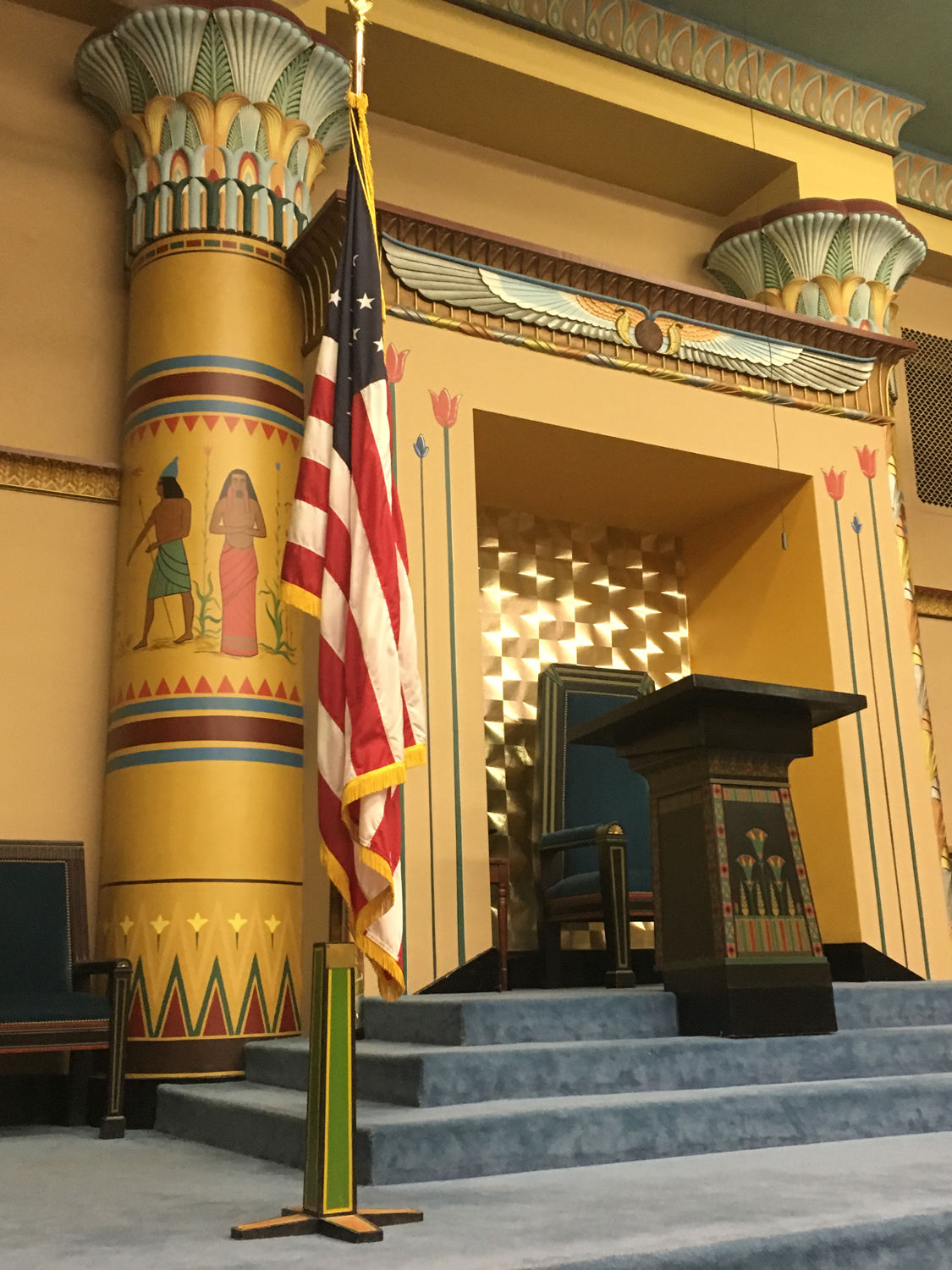 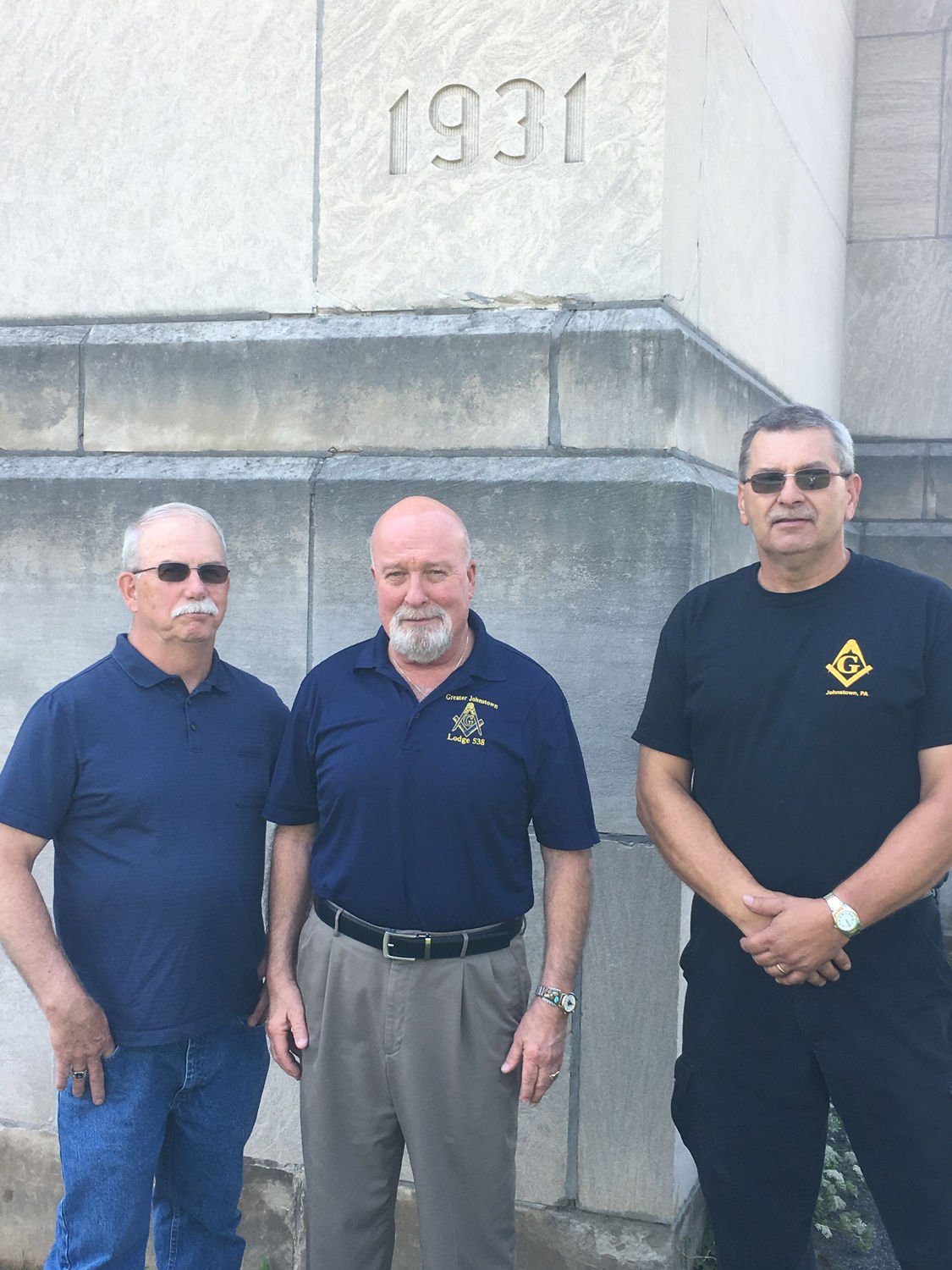 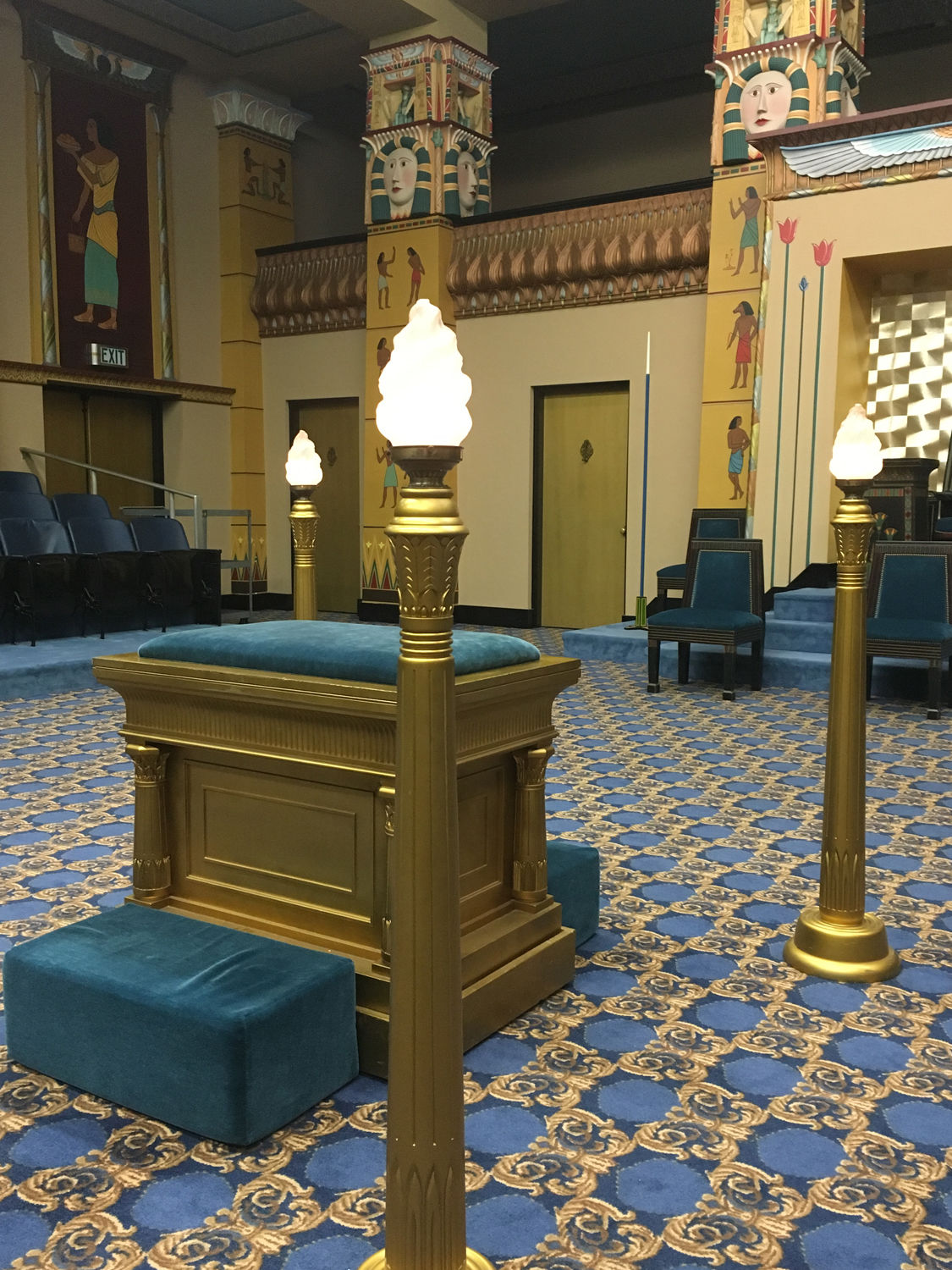 Johnstown's Masonic Temple is hoppin’ right now. Situated along Valley Pike in the “Eighth Ward” section of the city, the building is home to two local chapters of the Freemasons of Pennsylvania. Its sizable rooms are popular for a variety of family gatherings and corporate functions and it's a favorite venue for local couples planning their wedding day.

Peter Bobak, master mason and the building’s manager, assists in setting up events. He also is the building’s historian. Bobak is proud to boast about the Grand Ballroom’s dedication in 1938 to any newcomer who wants to know. “They had a big band leader, Little Jack Little, and his orchestra, who played for the dedication event,” he says. “The band leader’s fee that night was $750, plus 50 percent of the entry fee. It was quite a sum for that time period.”

It also was common to have circus acts perform at the hall when they came to town. According to Bobak, elephants, camels, zebra and horses all were kept in an area outside where the public could view them before the main performance. “During the shows, the animals would be brought into the building for the act and then taken back out in between acts,” says Bobak, who recalls hearing the story firsthand from two women who attended the circuses back in the 1930s.

The events certainly have changed over the years and some updates have been made to accommodate the changing times. Weddings and receptions are now a staple at the temple, offering brides a unique venue. Couples can cut costs on flowers and decorations, using instead the architecture of the building as their backdrop. Styles span from the Egyptian, Italian Renaissance, Byzantine and Romanesque periods.

Rick Fetzer, a past worshipful master, says that the building was planned and built for the ages.

“The twentieth-century folks come by now and then and most are pleased that we are still taking good care of what they accomplished here in Johnstown,” Fetzer says. “It's a grand old building now, but with lots of style that always gives wonder, warmth and wisdom – with a Masonic twist of course.”

The Grand Ballroom can fit up to 600 guests and there are additional rooms available for private gatherings. The ballroom floor is tongue-and-groove hardwood and the lobby floor outside the ballroom is terrazzo exposed aggregate, which makes a stunning entrance for guests and a beautiful area for pictures. Brides can use the winding staircase and the view from the top of the building to make their photographs extra special

Fetzer also recommends the two other Masonic rooms – the Gothic Chapel (also known as the York Rite Room) and the Egyptian Room. “The halls are open to anyone looking for a different wedding experience,” he says. “We’ve only recently opened them up for weddings and so far, it’s been good.”

Fetzer says some brides want to show their guests something different. The chapel is distinctive, with gothic church-style chandeliers and brass frames with glass. The floor is made with slate tiles. The Egyptian Room has hand-painted murals on the walls, elaborate plaster work, and vivid blues and golds.

The Masonic Temple also is a place for the Freemasons of Pennsylvania to have their official meetings. While they have seen a decline in membership in recent years due to the area’s population, two lodges still remain with robust membership and activities: Cambria Lodge 278 (est. 1854) and Johnstown Lodge 538 (est. 1875).

Alvin E. Just, district deputy grand master, works to educate the public and build membership within the fraternity. “What we are looking for is that good person to teach him other ways to be even better,” Just says. A past worshipful master, he takes pride in all of the good things Freemasons have contributed to in the Johnstown community and beyond. “We bought police dogs for the Johnstown Police department, helped with the Women’s Help Center, the Humane Society and with the Masonic Homes for the orphanage, just to name a few. ”

There have always been intrigue and myths circulating about the Masons. Just says they are just that – myths. Freemasonry is not a secret society, is open to anyone regardless of their race and religious beliefs and members do not hide their affiliations. In fact, many of their programs and activities are open to families and the public. “There was a time that you had to know another a Mason in order to become a Mason,” Just says. “Now, that’s not true. We will sit down with anybody who is interested, but they do have to be religious tolerant and must believe in a Supreme Being.

“God created everybody and, in our eyes, we are all created equal,” Just says. “Our common goal is to help men become better men.”

If you want to book your next event or wedding at the Johnstown Masonic Temple, check it out at www.johnstownmasonictemple.net.