You have permission to edit this article.
Edit
Home
Subscribe
Shutterbugs
Features
Events
On the Beat with Archie
Advertise with Us
The Tribune-Democrat
1 of 3 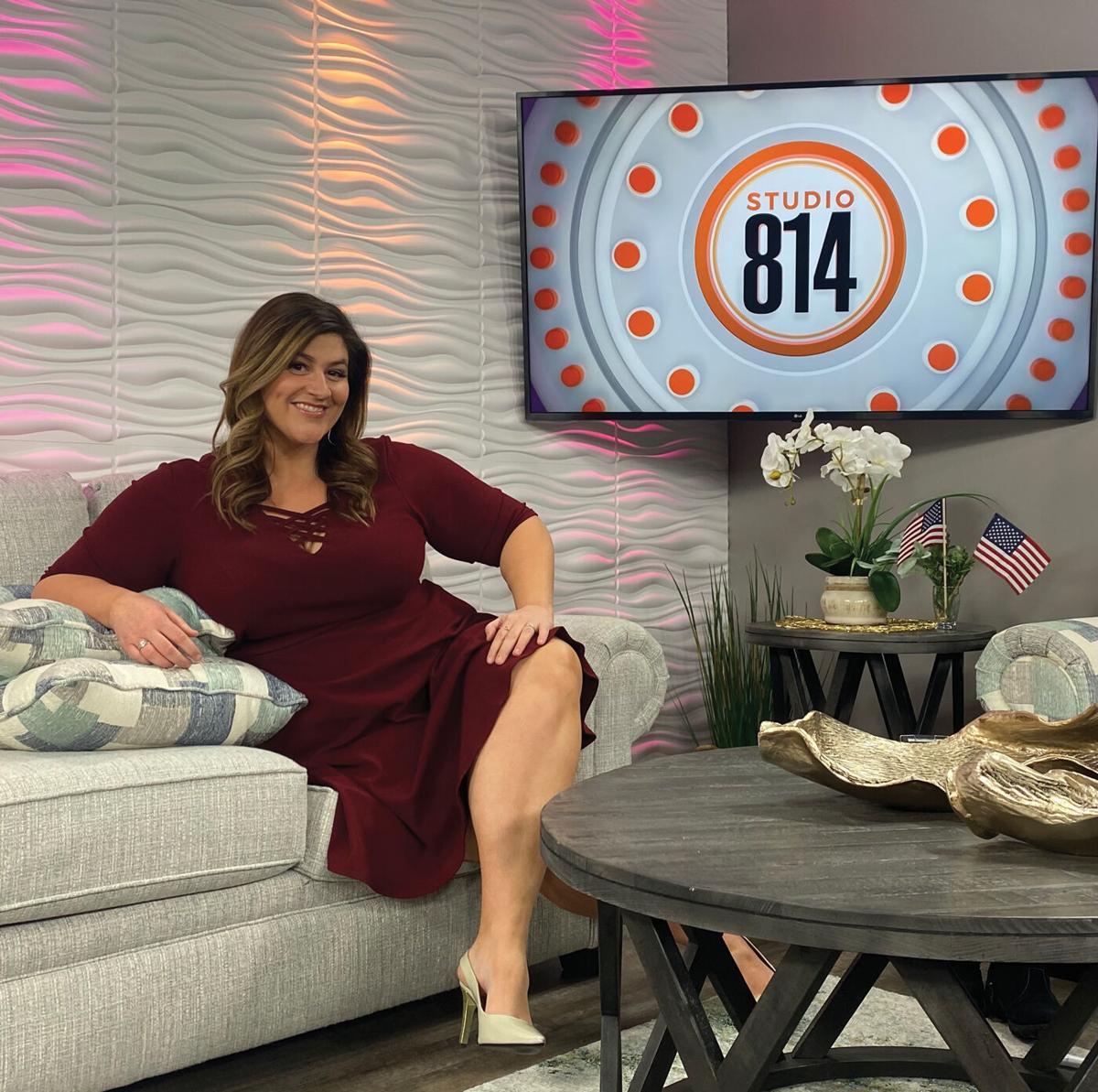 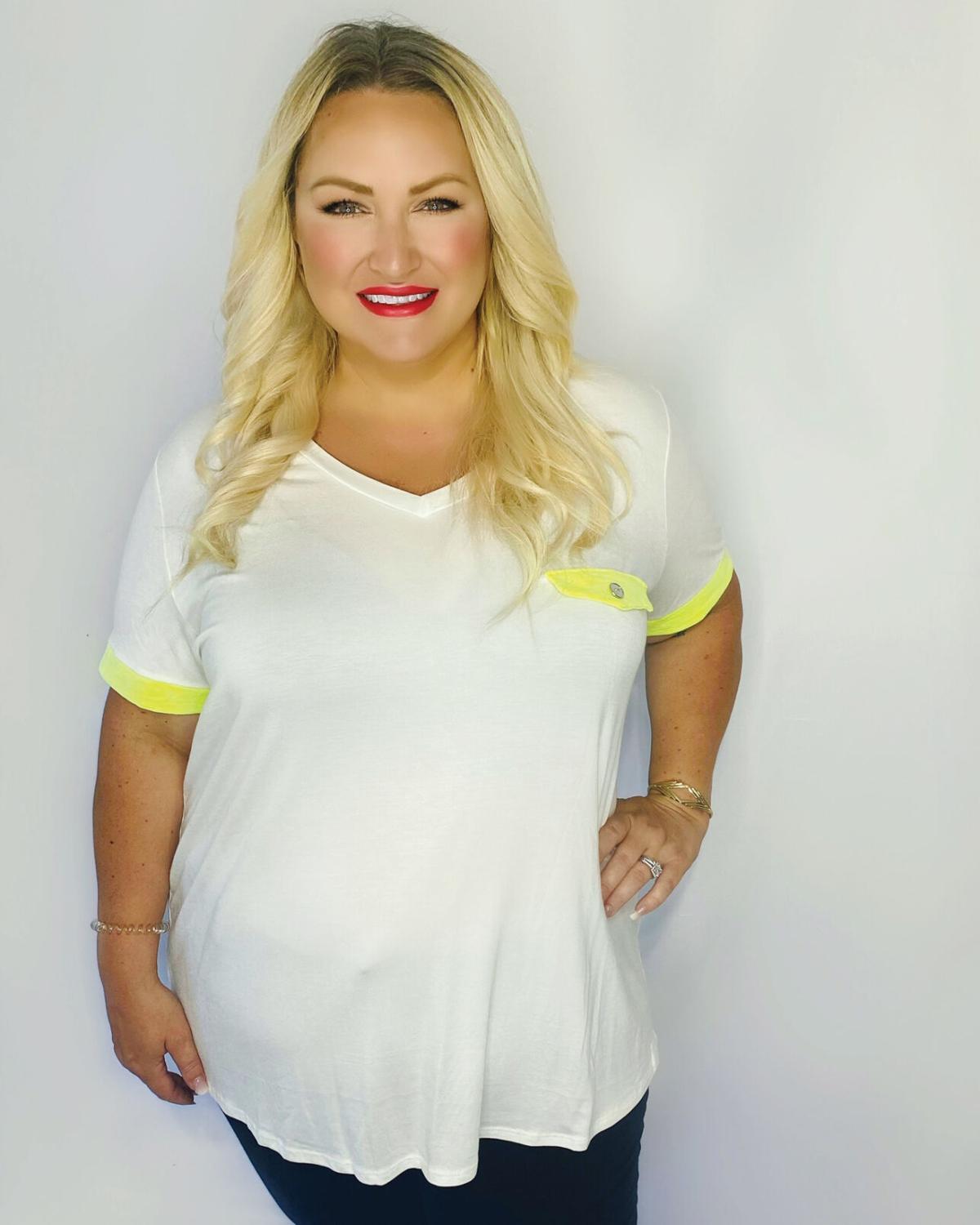 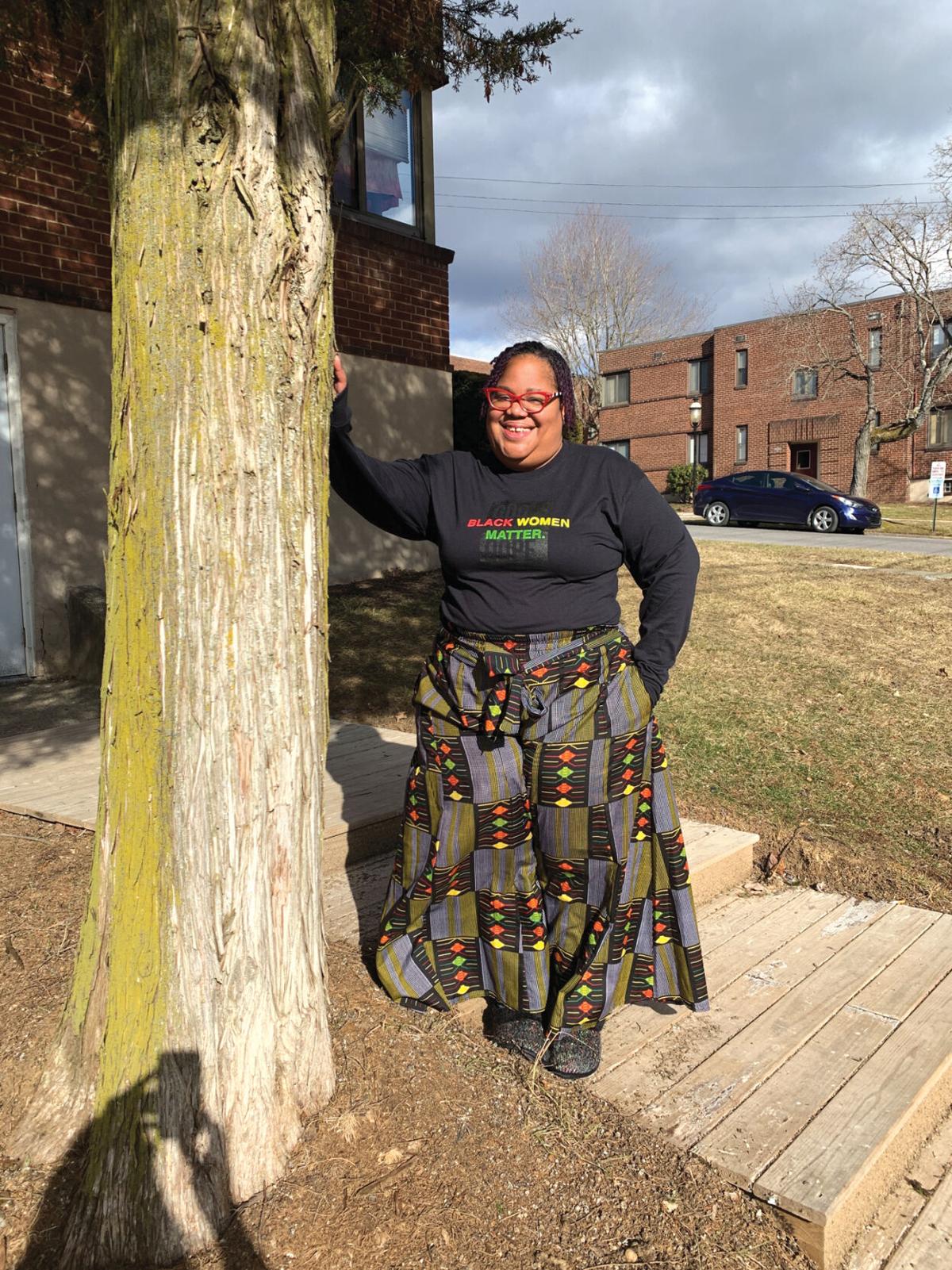 In 2018, Centers for Disease Control and Prevention reported that theaverage weight for American women over 20 is 170.5 pounds and a study published in the International Journal of Fashion Design, Technology, and Education revealed that the average dress size is between 16 and 18. That’sa far cry from the size 4 woman everyone sees daily on television.

“Women in the plus-sized community don’t get to see themselves enough,” Rebecca Petner, producer and co-host of the Studio 814 program on WTAJ Altoona, says.

The subject of plus-sized women in the media is rarely discussed, she adds. “I never had the chance to talk about (it). I want to change the narrative of who is seen on television.”

Petner and other curvy women whose dress sizes are over 12, don’t mind their measurements.

Petner points out that women have personality, intelligence and worth, but are often overlooked by those who judge based on exterior appearances. “A photographer at my old station in Philadelphia knew I wanted to be on-air. He told me I would not make it because of my size.”

She admits that, as a floor director for NBC-10 there, she put pressure on herself to conform. “(I tried to look like) the cookie-cutter anchors, because they were similar in weight, height and hair,” she says.

She kept waiting to become the perfect size before moving in front of the camera, but eventually she proved the photographer wrong and became an on-air personality just the way she was.

For plus-sized women who want to be on television, Petner has some advice. “Don’t let your size hold you back,” she says.

“Go for the job you want. Stay true to yourself. Even if you get a hundred no’s, you will get a yes.”

Confidence is key, Petner says. If a company does not want you, “in the day of social media, build your own brand.”

Petner appreciates the women who reach out to her on Facebook and simply say, “Love your dress, where did you get it?”

She responds back, “Gabes.”

Petner admits she would like to be a brand ambassador for Gabriel’s Clothing Stores, but there’s something she wants to create. “There are no groups for plus-sized women in media on Facebook,” she says.

While Petner is still putting the pieces together for the group, she stays busy with her podcast, “After Hours with Rebecca Dately.”

She borrowed the name from comedian and former late-night talk host, Chelsea Lately. “My show is about dating and relationships,” she says.

Petner admires women such as Oprah Winfrey for her journey and honesty about weight, singer Lizzo for representing a positive body image, and plus-sized model Ashley Graham, who said, “I don’t want to be called a plus-sized woman, but just be called a woman.”

“That’s how I feel,” she says. “I don’t mind talking about it, but I hope the day comes when it’s not a discussion.”

Petner says she had to learn how to love her body.

“As a Catholic woman, my relationship with God and prayer helps me,” she says.

Petner realizes the gifts she has been given and has arrived at the point where she can say, “My body is a blessing.”

Watch Rebecca Petner on Studio 814 at 4 p.m. weekdays on WTAJ.

Richland resident Olivia Bragdon says she learned to love her body type later in life. “My coming-of-age was 35,” she says.

At 40, she’s proud to purchase two-piece swimsuits – something Bragdon denied her younger self.

“I don’t have to only buy a one-piece, with a skirt. If I look good in a two-piece, I’m buying it and I’m wearing it,” she says.

Bragdon, fully embraced her plus-size self when she stopped paying attention to celebrities who only had “physical-looks advice.”

“I stopped following famous people who talked about ways to lose weight or being a part of the thin camaraderie,” she says.

Bragdon, a stay-at-home mom, loves fashion and describes her style as “comfortable most days, but I love fun and sleek clothing when I get a chance to go out.”

Bragdon, who wears a size 20, shops online at CoEdition and Fullbeauty.com.  While she’s glad the curvy woman market has come a long way, she believes it’s important that all clothing stores finally realize “that curvy women want beautiful clothing and not just an over-sized sweater market.”

Bragdon credits Lacey Ott, owner of Stryking Boutique in Geistown, for her curvy modeling debut. “Lacey, wanted a plus-size section in her store. She would ask for my feedback on different clothing, then she asked me to be the model for the plus-size clothing on her store website.”

Bragdon loves to brag on the primitive maxi dress she wore. “It’s the perfect summer dress,” she says.

Bragdon says she and her husband, Patrick, had different opinions the first time they saw her photos on the boutique’s website.

“He said I looked beautiful. I thought, I needed a spray tan,” Bragdon says.

The modeling experience taught her to love herself and “be comfortable with my body.”

Bragdon says that, if she would be asked to model again, she would like it to be “an advertisement on a CamTran bus and a picture of me for infertility issues.”

She’s even open to discussing the topic on radio or television. Olivia and Patrick faced infertility in their marriage. Now, they are the proud parents of 2-year-old Patrick. Bragdon’s “mama bear” advice to her future teenage son will be, “Always look for the best qualities in a girl. Rule number one, watch how she treats others.”

Gwendolyn Msolomba of Johnstown says it’s easier to be a curvy woman in the African-American community.

“A black woman’s attitude is what makes him stick around.”

Coming from her lineage, Msolomba says curvy is “normal.”

Her family used the term “thick’um,” to refer to a curvy body. “Thick’um means thick and healthy,” she says. “It’s a compliment for carrying one’s weight well.”

When Msolomba traveled to Guinea, West Africa, in 2014, she learned how African culture views curviness.

“In African culture, a bigger person translates to a happy spirit, because you’re happy with yourself,” she notes.

But Msolomba’s younger self didn’t always agree with the African sentiment.

As a curvy teenager, “I had thin cousins who had better clothing,” she says. Instead of wearing clothing that was age-appropriate for a teenager, Msolomba wore what she describes as “working women’s attire.”

She admits that poor clothing choices led her to wear sweatpants for two years. A turning point came while she attended college. “I had girlfriends who were curvy girls like me. These girls came from Maryland. They showed me how to care for my hair. They took me shopping for clothing that fit me.”

People are surprised to learn she’s a dance teacher, Msolomba says. “(They) expect to see a thin woman. (They) don’t think I have the stamina, but I can outlast smaller women.”

Msolomba sees herself as a role model to the younger generation.

“When younger ones see me, it opens the gap on size.”

She was introduced to West African Dance in 2010 by her late mother, Jacqueline Triplin, the drummer for Kulani dance team.

“All dance styles stem from some form of West African Dance,” she says when asked to compare the dance style to more traditional American forms of dance. “The American ballet is similar in symmetry to West African ballet (Les Ballet Africana). Hip-hop music is based off the percussions of African rhythm.”