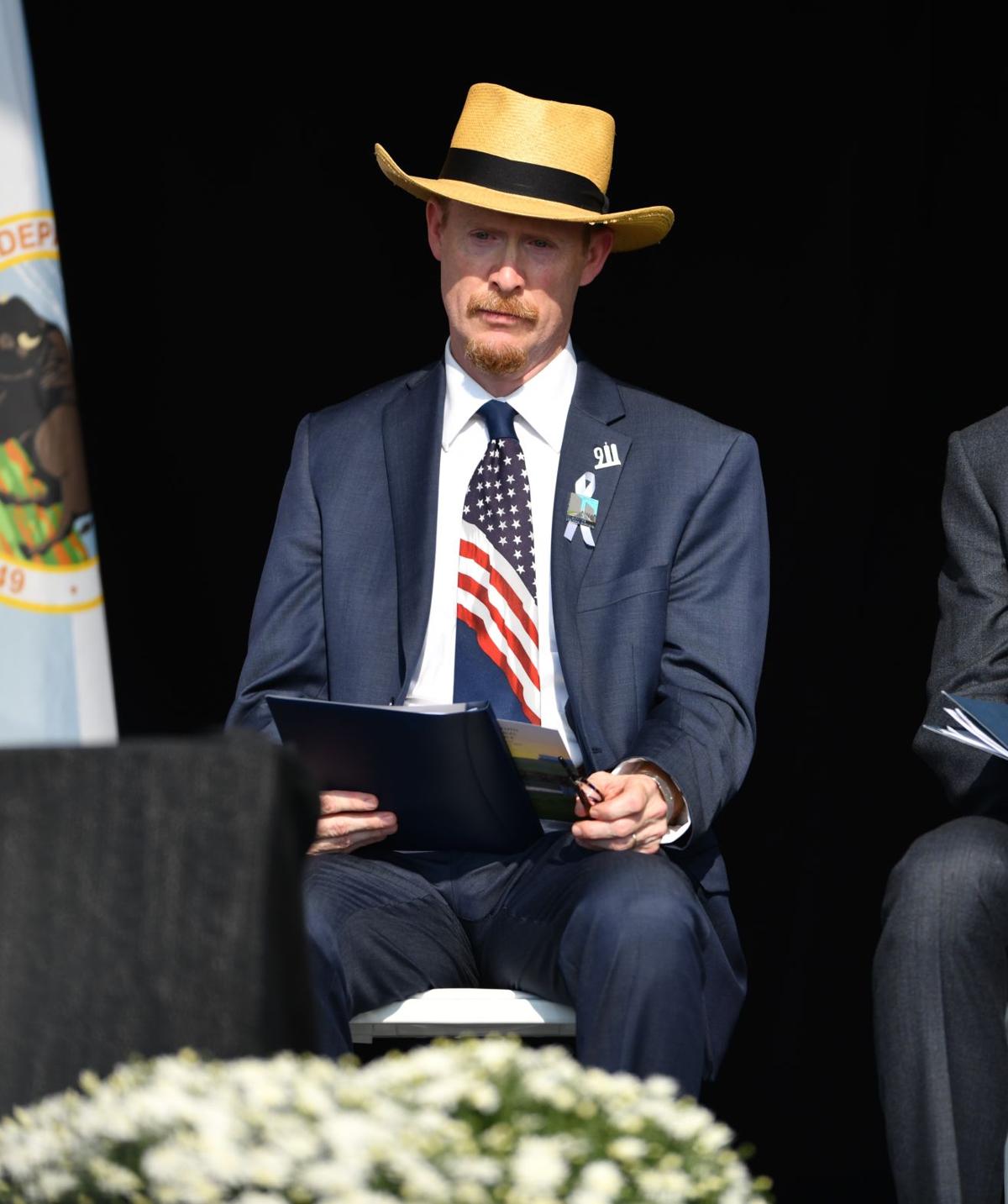 Gordon Felt, president of Families of Flight 93, reacts as his brother Edward's name is read during the 18th annual remembrance ceremony at the Flight 93 National Memorial in Shanksville, PA., Wednesday, Sept.11, 2019. 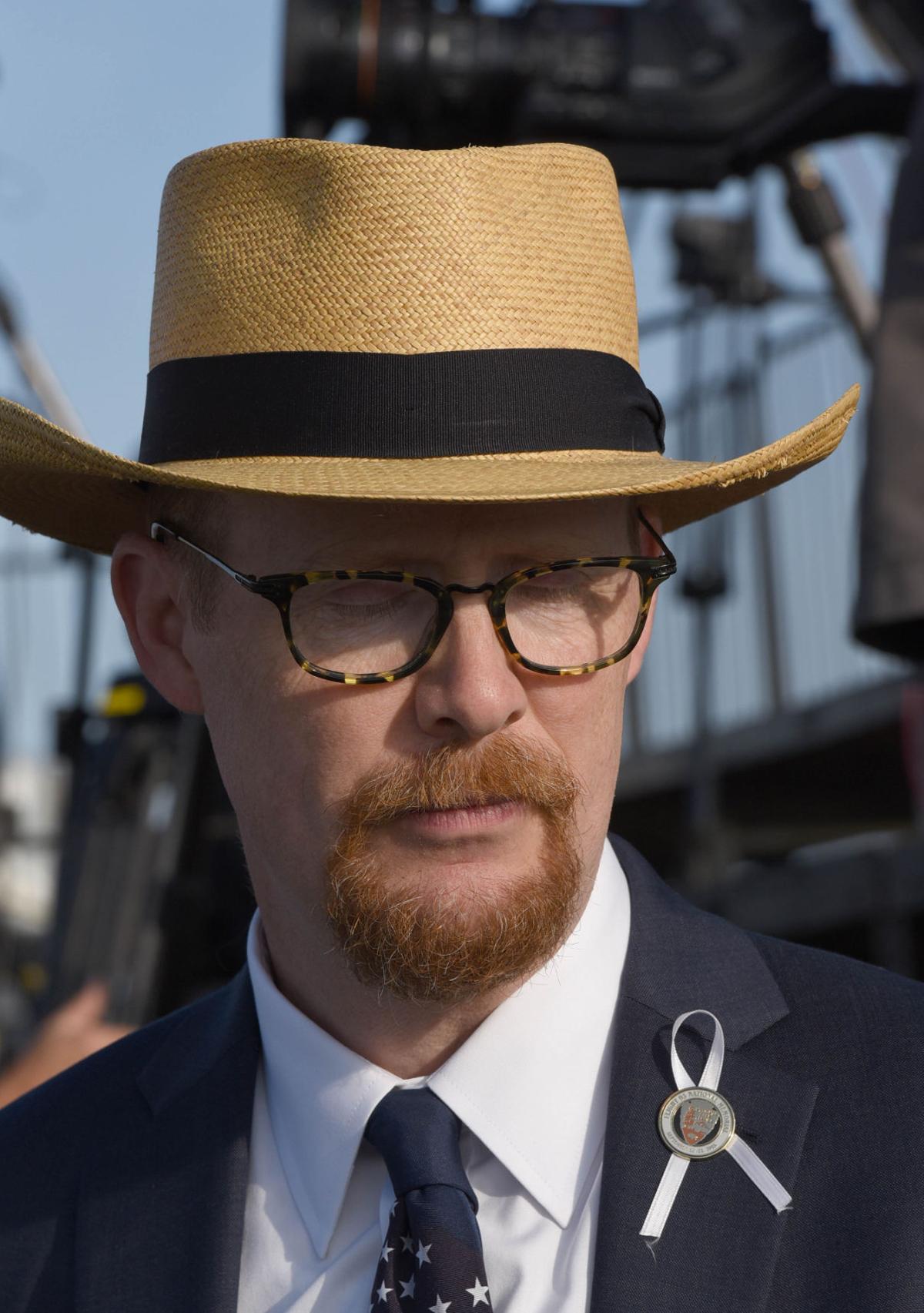 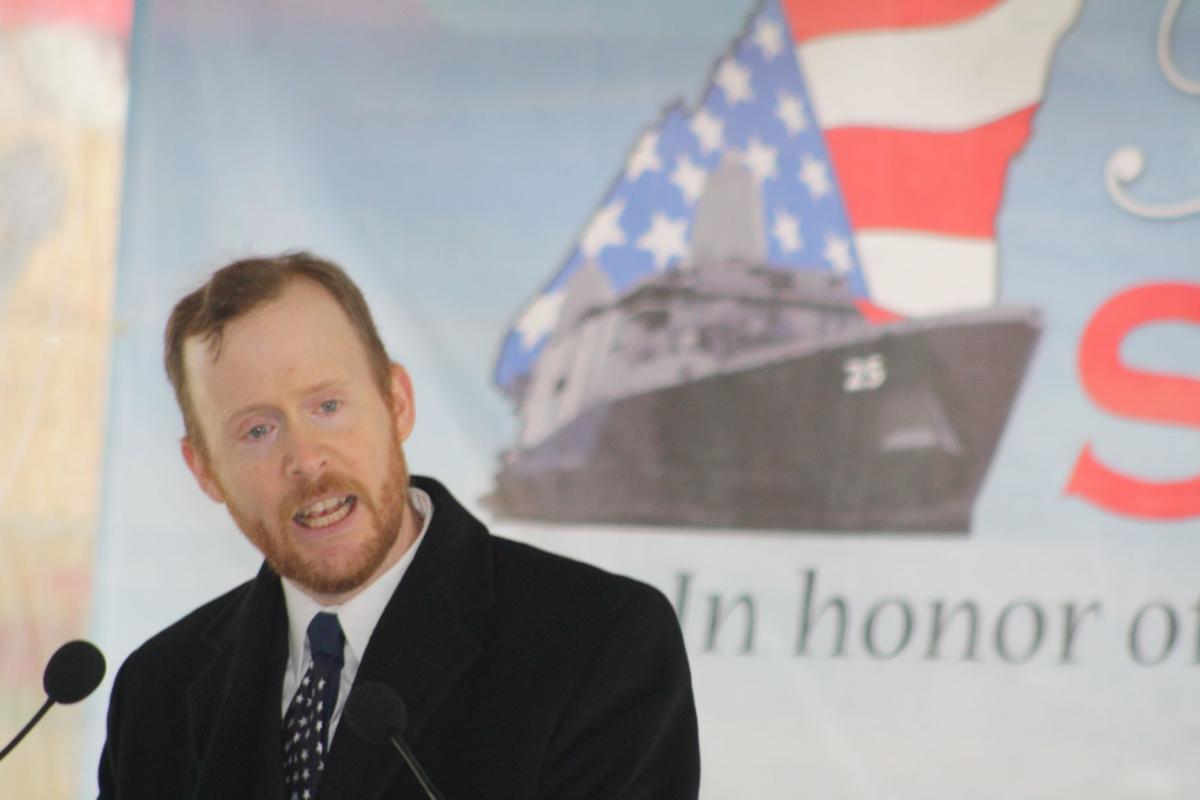 Gordon Felt, president of the Families of Flight 93, speaks during a keel accreditation ceremony for the USS Somerset amphibious military ship Friday in Avondale, La. Steel used in the building of the USS Somerset will include material taken from cranes that were standing by the field where United Flight 93 crashed down near Shanksville, Pa., on Sept. 11, 2001.

Gordon Felt, president of Families of Flight 93, reacts as his brother Edward's name is read during the 18th annual remembrance ceremony at the Flight 93 National Memorial in Shanksville, PA., Wednesday, Sept.11, 2019.

Gordon Felt, president of the Families of Flight 93, speaks during a keel accreditation ceremony for the USS Somerset amphibious military ship Friday in Avondale, La. Steel used in the building of the USS Somerset will include material taken from cranes that were standing by the field where United Flight 93 crashed down near Shanksville, Pa., on Sept. 11, 2001.

Twenty years … Yesterday, a lifetime, a confusion of emotions that only becomes more intense as Sept. 11 approaches.

I am often asked questions, such as where I was when I heard of my brother’s death, am I still angry, what do I want people to remember about the passengers and crew members of Flight 93, what lessons did we learn from Sept. 11? And the list goes on and on.

While each question is good and valid, each answer brings me back to the horror of what we all experienced.

Yet, there is power in reflecting on who we were then and who we have become since – and understanding how the 40 passengers and crew members of Flight 93, through their actions, truly became the type of heroes that we all should aspire to emulate.

During these past 20 years, I have often said that the events of Sept. 11 bound me to a community of the most extraordinary people that I wish I never had to meet. Like our 40 heroes, we all have been thrust together by circumstances beyond our control and forged a bond, identified a common goal and executed a plan.

Our heroes had 35 minutes under the most horrific circumstances with full knowledge of what was taking place in New York City and at the Pentagon to change the course of history.

Because of their actions, they most likely saved the U.S. Capitol – the greatest symbol of our democracy.

We had 20 years during which together we established a memorial to their actions – the differential of magnitude is impossible to even estimate and makes their efforts all the more inspiring.

Yet, like our heroes, we found common ground. We were not concerned with demographics, power or politics. Egos were checked at the door and there was a seat at the table for those willing to commit to our common goal.

From a wide array of constituencies, we evolved into one extended family.

The group I wish I never had to meet. Yet how humbled and honored I will forever be to have walked alongside so many dedicated individuals throughout the process of creating the Flight 93 National Memorial.

There is no better way to witness this fact than to watch the Flight 93 National Memorial ambassadors, the Friends of Flight 93 and their partners in the National Park Service in action.

It brings tears to my eyes to see their fierce dedication on display throughout the year as they tell the stories, relate the facts and keep the memories of our heroes alive for the next generation.

We live in a complex world, a world I am convinced is filled with good and evil.

Sept. 11 showed us the extremes of both. Thousands of lives were lost that day and many more thousands have been lost since as part of a ripple effect that we have yet to escape, and most likely never will.

On that day, we also saw images of first responders running into burning buildings, strangers offering lifesaving assistance to those in need as they escaped from buildings on the verge of collapse, here in Somerset County volunteer firefighters and responders answering a call knowing that their lives had forever been changed, and our 40 heroes with passion, power and dignity fighting and winning the first battle in this current war on terrorism.

That day, our lives changed forever, and the next day, we became a new people.

I was asked recently by a reporter what I “hoped for.” My response was quick and concise: “I hope for Sept. 12th.”

I’ve seen through the Flight 93 National Memorial project what we can achieve when we find common ground and are willing to work side by side with our neighbors to overcome challenges of any magnitude. I remember that period of time after Sept. 11 when our differences mattered little in this country.

We were united in spirit with a passion that burned brightly.

It is the passion of Sept. 12 that guided us through our darkest days – and for us here in Somerset County, our memorialization process. It is this passion that continues to live in this community and at the Flight 93 National Memorial. If only we could export this same passion to so many communities in conflict.

One final question that I am often asked by reporters that cuts deepest is: “What would your brother think about the Flight 93 National Memorial?”

It quite honestly is too painful to contemplate. However, I suspect that he would be proud of the process.

Ed was a problem-solver of great magnitude. Solving complex issues was his passion.

I have to believe that Ed would have been proud of how our extended family came together, overcame challenge after challenge, persevered and, in the end, came up with an elegant solution that evolved into a world-class memorial to 40 extraordinary people.

In the end, I hope that we all can be motivated by the actions of our heroes on Sept. 11, come together as one people and remember who we became on Sept. 12.

Gordon Felt’s brother, Edward, was among the passengers who died in the crash of United Flight 93. Gordon Felt serves as president of the Families of Flight 93.

Gordon Felt's brother, Edward, was among the passengers who died in the crash of United Flight 93. Gordon Felt serves as president of the Families of Flight 93.

It isn't just the stirring tributes built on the Flight 93 National Memorial that has Gordon Felt assured the site is a fitting tribute to his brother, Edward, and the rest of Flight 93's heroes. It's the unified 20-year journey it took to get here, he said.