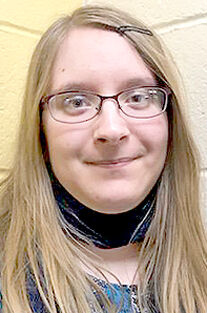 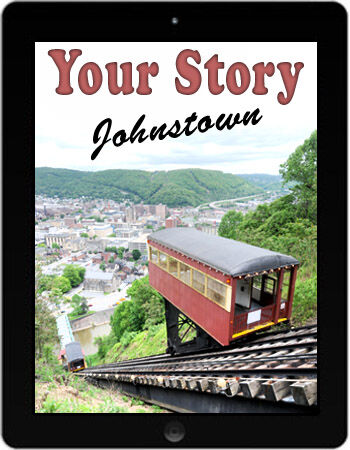 Nicole Fratrich is no stranger to The Tribune-Democrat’s “Your Story.”

The 21-year-old St. Vincent College English major is a frequent contributor, having had her chapters chosen a few times as winners over the past couple of years.

Fratrich said the competition is a great way to get the community involved.

“It’s a collaborative project that brings people together, which we especially need right now,” the Seward resident said.

“I also enjoy the challenge, and each story and each chapter offers a new angle or setting.

“ ‘Your Story’ is an exercise that helps me to experiment with new plots and expand on my own writing style.”

As president of St. Vincent College’s Writer’s Club, Fratrich said members do a lot of collaboration stories similar to “Your Story.”

“Everyone loves them because you never know what direction it’s going to take, and everyone is able to participate and add to the story,” she said.

Fratrich said for readers, “Your Story” offers an escape.

“Each new chapter gives them something to look forward to every couple of weeks,” she said.

“The readers are a part of this story just as much as the writers. They feel the suspense and are taken down this mysterious path.”

When writing Chapter 5, Fratrich revisited previous chapters with the goal of weaving together as many details as possible.

“In the end, I hoped that this story would come together in an unexpected way,” she said.

“There were so many unexpected turns throughout the story, I hoped the ending would have the same ‘what’ and ‘can you believe it’ effect.”

The blood on the wedding dress was a detail Fratrich didn’t know what to do with.

“I knew that murder couldn’t likely be solved in the last chapter, and there were kids in the story, so I started brainstorming what else was red,” she said.

“I knew that I wanted Martha to be involved somehow – it would have been suspicious if she wasn’t. Using those two details, I worked on adding in the other details.”

Fratrich said she also brainstormed ideas with her roommate before writing the final chapter.

“My mom really encouraged me to tie up the story and write Chapter 5, especially since I’ve tied up a ‘Your Story’ before,” she said.

“She started giving me ideas about Martha and what could be underneath the tree. We were sort of on the same wavelength, so I started there and added my own ideas.”

“I can even track my growth as a writer by realizing that, back when I won my first ‘Your Story’ chapter, I wasn’t ready to think about publishing my book. ‘Your Story’ has tracked my progress and helped me to improve my writing.”

In the introduction to “Your Story,” Rachel Marshall was ready for a fresh start.