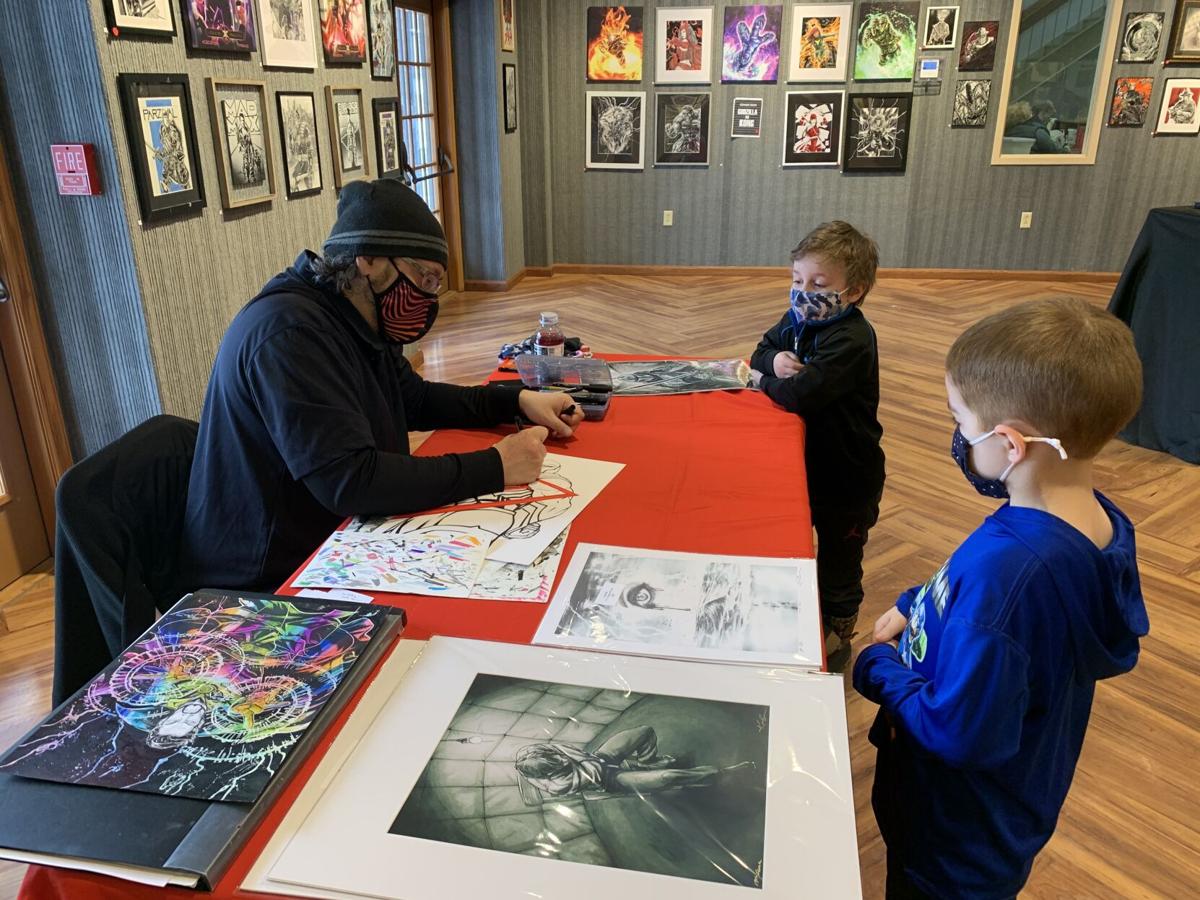 Local artist Koa Beam works on a drawing while Cooper Fockler (right) and Isaac Sloan watch on Saturday, Feb. 20, 2021 at the the Goldhaber-Fend Fine Arts Center gallery at the Community Arts Center of Cambria County where Beam's artwork is on display. 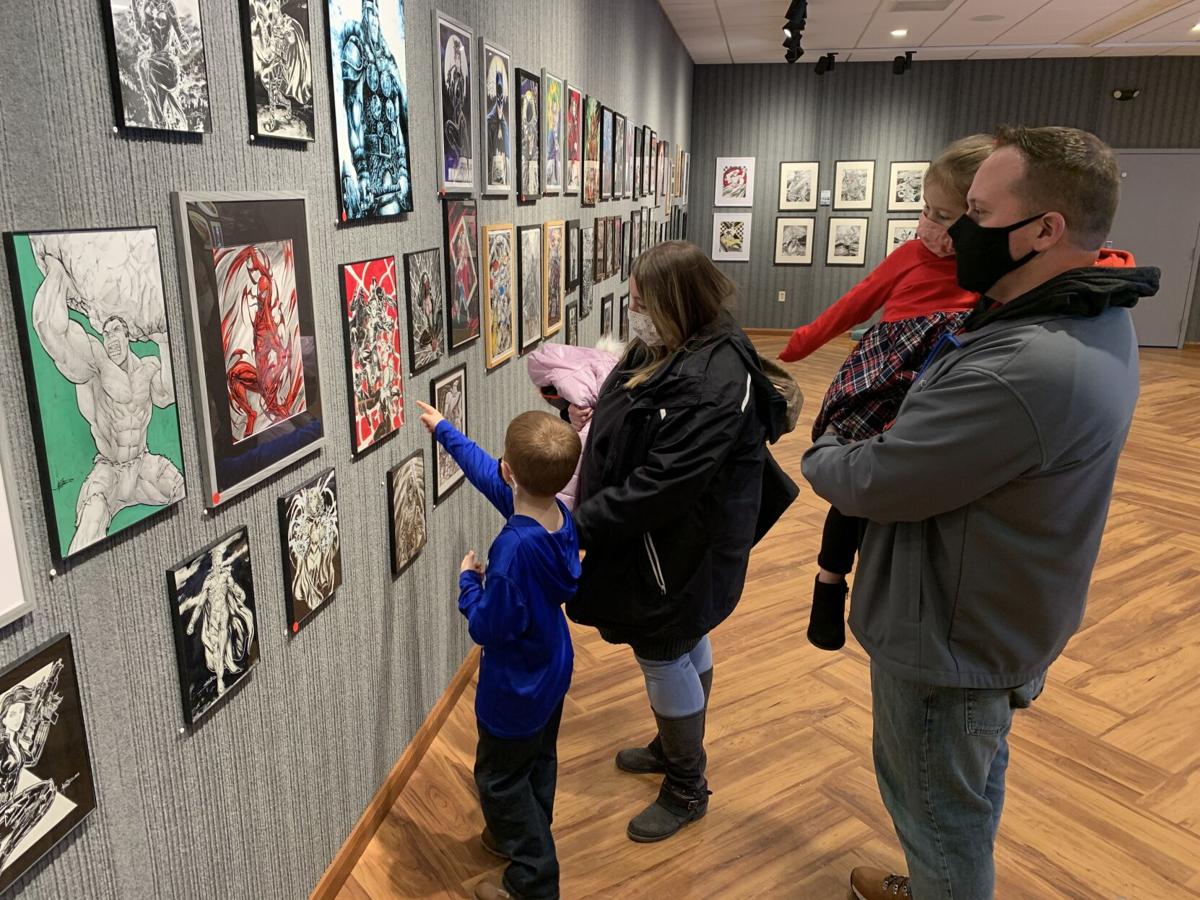 Local artist Koa Beam works on a drawing while Cooper Fockler (right) and Isaac Sloan watch on Saturday, Feb. 20, 2021 at the the Goldhaber-Fend Fine Arts Center gallery at the Community Arts Center of Cambria County where Beam's artwork is on display.

Koa Beam pulled out his art supplies on Saturday and set up shop in the Goldhaber-Fend Fine Arts Center gallery at the Community Arts Center of Cambria County in Westmont, where his exhibit “Heroes and Villains” is on display.

As visitors moved around the space appreciating his creations, the Westmont Hilltop graduate worked on pieces that would soon be added to his collection.

“I draw for myself, but nothing makes me happier than seeing other people enjoy my art,” Beam said.

Several individuals and families with children turned out to take in the mix of art available at the center. Beam added about six new pieces to the collection, which now exceeds 200 drawings between those hanging on the walls and what is available in portfolios on tables around the exhibit.

Kayla and Jeff Fockler brought their children, Cooper and Addalynn, to check out what was on display.

The couple have been friends with Beam for some time, and Jeff Fockler said several of the artist’s drawings adorn his 6-year-old son’s bedroom at their home.

Cooper was particularly drawn to the Spider-Man section.

“I want to draw like him,” he said while examining the pieces.

His favorite characters and drawings on display were the Spider-Man villains Carnage and Venom.

The boy’s father was also impressed by the exhibit.

“This is pretty cool,” Jeff said.

Pictures on display range widely in style and content.

Beam has done drawings of popular characters from Marvel and DC Comics, the Teenage Mutant Ninja Turtles, Transformers, Masters of the Universe and Star Wars favorites such as Darth Vader and the Mandalorian, Din Djarin.

Some of the pieces are in color or have spot-color, while others are black and white.

Beam said he was happy with his works, several of which were created within weeks before the opening of the show.

“Almost everything is stuff people haven’t seen,” he said.

The artist had his work exhibited roughly three years ago in the same location.

Michael and Deeanna Trigona were there the first time and came back again on Saturday with their children.

They, too, are longtime friends of Beam.

“I knew it was cool stuff, so I wanted to come back and see it,” Michael Trigona said.

His daughter, Allison, has taken classes that Beam has taught and was excited to see what was on display.

The family also was interested in purchasing some of the pieces and took turns picking out what they wanted to take home.

Several of Beam’s drawings were already marked as sold Saturday, and he plans to add only a few more before the end of the exhibit on March 26.

He said he’d be back to draw in-person again on Saturday, and on the last weekend of the show.