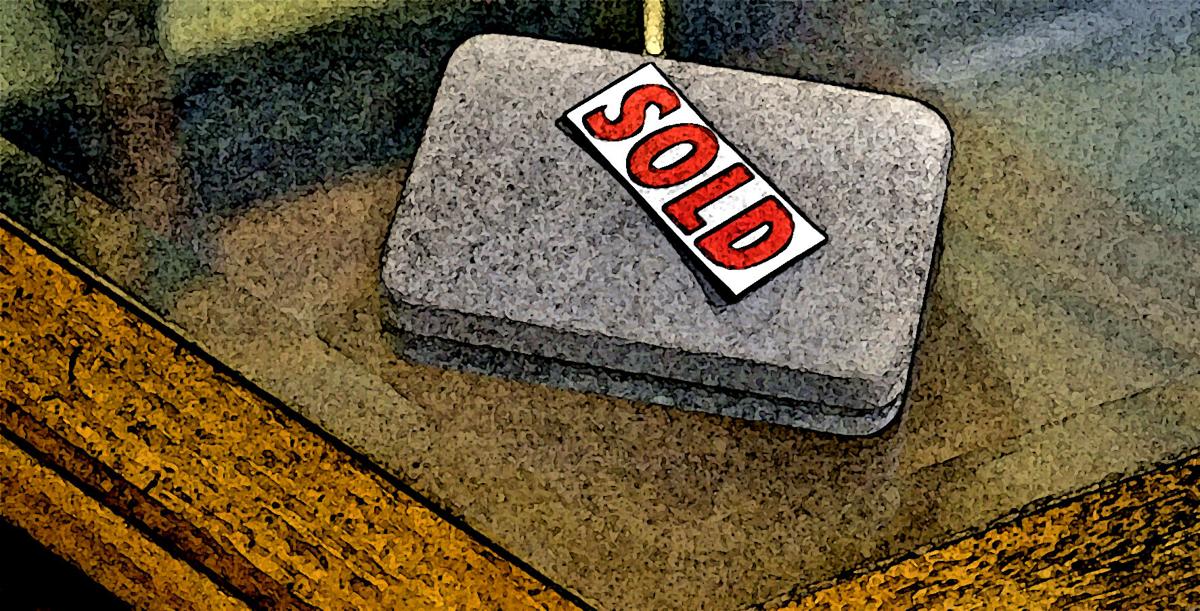 In Chapter 3 of “Your Story,” an ongoing serial written by Tribune-Democrat readers, Olivia Dunquist talks to her mother’s friend about the family’s necklace. 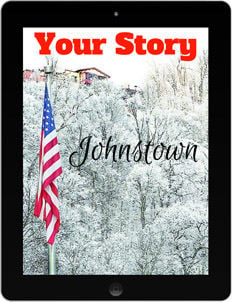 In Chapter 3 of “Your Story,” an ongoing serial written by Tribune-Democrat readers, Olivia Dunquist talks to her mother’s friend about the family’s necklace.

In the introduction to “Your Story,” having recently lost her mother, Olivia Dunquist went to the family home to clean it out and get it ready to be sold.

The loss was especially difficult since the Christmas holiday was right around the corner.

Olivia’s only consolation was in the house’s attic. It was her mother’s most-beloved possession – a necklace originally belonging to Olivia’s grandmother.

Olivia’s mother often told her stories about how, as a child, she would put the necklace on and model it in front of the mirror, watching how it sparkled in the light.

As Olivia got older, she was able to wear the family heirloom on special occasions. She always made sure to take great care of it and was at ease once it was back in her mother’s jewelry box. Her mother always told her it would someday be hers – and she knew she would someday pass it on to her own oldest daughter.

So, in the wake of her mother’s death, she knew that the treasured necklace would keep her memories of her mother alive.

But when she entered the home, Olivia saw that it was in disarray. Boxes were everywhere. Papers were strewn across the floor.

He had sent some boxes to various charity organizations and thrown others into the trash.

Olivia went into a panic and began to search the house for the necklace, but it was nowhere to be found. She asked Steven if he had seen it, but he hadn’t. Quite a few people had already been in and out of the house, hauling items away, so anything might have happened to it.

Olivia was devastated. That necklace meant everything to her and her mother, and now it was gone.

All she knew was that she had to get it back, but she had no idea how.

Suddenly, she had a thought.

Olivia remembered that her mother had a safe deposit box.

After finding the key in the kitchen, she drove to the bank to see if the necklace might be inside.

She recalled that James, a man she dated the year she moved back home after college, worked there and she dreaded seeing him.

Upon entering the bank, Olivia went up to James and, skipping the formalities, told him she needed access to safe deposit box 136.

James showed her to the safe deposit box, and she hurriedly thanked him and took it to the desk behind the privacy curtain.

Olivia remembered wearing the necklace on her wedding day. She cherished her memories of the pre-ceremony talk her mother gave her – a talk she hoped to someday give to her own daughter.

But she didn’t have time to reminisce and opened the safe deposit box.

It contained birth certificates, tax documents, legal documents and the deed to the house.

As Olivia sifted through the documents, she felt a hard object underneath the last few pieces of paper.

She recognized it immediately – it was the case of the necklace she had been searching for.

Thrilled, she opened it without any hesitation, but the necklace was not inside.

All that was inside was one piece of paper. On the back was a note scribbled in her mother’s handwriting.

As Olivia hurried out of the bank and to her car, she tried to hold back her anxiety.

On one hand, she couldn’t wait to dial the number written in her mother’s scrawl – but, on the other hand, she had no clue who she was calling. How do you even start such a conversation?

Olivia carefully dialed the number, but the call switched over to voicemail.

As calmly as she could, she left a brief voice message: “Hi, this is Olivia Dunquist, Elaine Hamilton’s daughter. I’m looking for a necklace of my mother’s, and I found a note in the empty case that told me to call this number. If you know anything about this necklace, would you please call me as soon as possible?”

Realizing that there was nothing else she could do at this point but wait for the mysterious person to call her back, she decided to go back to her parents’ house and help Steven pack a few boxes.

While packing up her mother’s belongings, her phone started to vibrate.

The woman on the other line identified herself as Alice and said she’d met Olivia’s mother when they both had cancer. Alice had good news and bad news to share. ...

Olivia was speechless. An uncomfortable silence lingered as Alice awaited her response. She cleared her throat.

“Well, to be honest, I’m not sure,” she finally began. “This has been a total mystery to me. After my mother passed…”

“Oh, dear, I’m so very sorry, Olivia,” Alice interrupted gently. “I didn’t know. Earlier this year, I received a surprising package in the mail from your mother. She said she needed my help with something.”

“Yes, that beautiful sparkling treasure. It meant the world to Elaine, as I’m sure you know. She told me during our chemo sessions that it had been her mother’s. Elaine laughed when she told me of her dancing and twirling about in front of a mirror wearing it,” Alice chuckled softly.

Olivia was stunned. Who was this woman and why would her mother confide such personal childhood memories to a total stranger?

Determined to get answers, she decided to be direct in her inquiry: “Please don’t take offense, but why would my mother tell you about her heirloom necklace?”

“Well,” Alice said, “Elaine and I became friends during our cancer treatments, as we were fighting the same battle. She spoke often of her children and how much she adored you both. The necklace was to be yours, of course.”

“That’s why I was so surprised that it was missing when we started cleaning out her house. She always said she intended to give it to me. I wore it on my wedding day…” Olivia’s voice caught in her throat as she remembered how beautiful the necklace had looked with her wedding gown. A few tears spilled out onto her cheeks.

Steven had quietly continued sorting items as Olivia spoke to this stranger. He looked concerned as

he mouthed, “Are you OK?” to his sister.

Olivia nodded quickly and brushed the tears away.

“Maybe I can help,” Alice said, “but probably not in the way you would prefer.”

“I’d prefer to have my mother’s necklace back,” Olivia said shortly, regretting her tone as soon as the words were out. She was angry at the world right now, but none of it was Alice’s fault. “I’m sorry. I didn’t mean to be so abrupt ...”

“No need to apologize, Olivia. I am sure this has been a very difficult time for you. Please let me explain.”

“There is nothing quite as terrible that draws people together as having cancer,” Alice began. “That may sound strange, yet it is true. Elaine and I always sat in adjacent recliners when we were getting our chemotherapy. We had a lot of time to get to know one another.”

“I wonder why she never told me about you?” Olivia pondered aloud.

“Sometimes it’s just too hard to tell our loved ones what we go through. We don’t want to burden them. Sometimes you feel like nothing but a diagnosis and forget who you are.” Alice paused. “Long before I was just another woman fighting breast cancer, I was an antiques dealer. It was my passion and my life.”

Until Olivia exhaled, she didn’t realize she’d been holding her breath.

“One day, Elaine brought the necklace to show me. I immediately recognized it as a very rare, nearly perfect example of an early Cartier creation.” Alice’s voice betrayed her excitement that day. “I almost fell out of my chair when I saw it, IV pole and all.”

Olivia couldn’t help but smile as she pictured the scene.

“I knew it was extremely valuable,” Alice continued. “I made her put it away before any prying eyes saw it.”

Olivia had to ask: “You said she sent it to you, so where is it now?”

“That’s the bad news I mentioned earlier. I honored your mother’s request.” Through the phone, Olivia heard Alice take a deep breath. “I sold it.” ...

Writing the next chapter ...

Here is your chance to author the fourth chapter of “Your Story,” an ongoing serial written by Tribune-Democrat readers.

We provided the introduction on Oct. 13. Vince Matey, of Johnstown, penned Chapter 1 on Oct. 27. Nicole Fratrich, of Seward, wrote Chapter 2 on Nov. 10. And, Nanty Glo resident Lori Cornetti’s submission was chosen for Chapter 3. Readers are invited to pick up the story line from there.

To submit an entry, continue the story thread and take a chance on writing Chapter 4.

Please hold your submission to between 500 and 700 words.

Submit your entry by noon Friday.

The goal is a five-chapter, holiday-themed story, ending on Christmas Day.

The winning next chapter and a short story about the author will be published on Dec. 8, and the process will begin again.

Nanty Glo nurse, who has passion for writing, pens Chapter 3

When it comes to The Tribune-Democrat’s “Your Story,” Lori Cornetti enjoys the whole process.