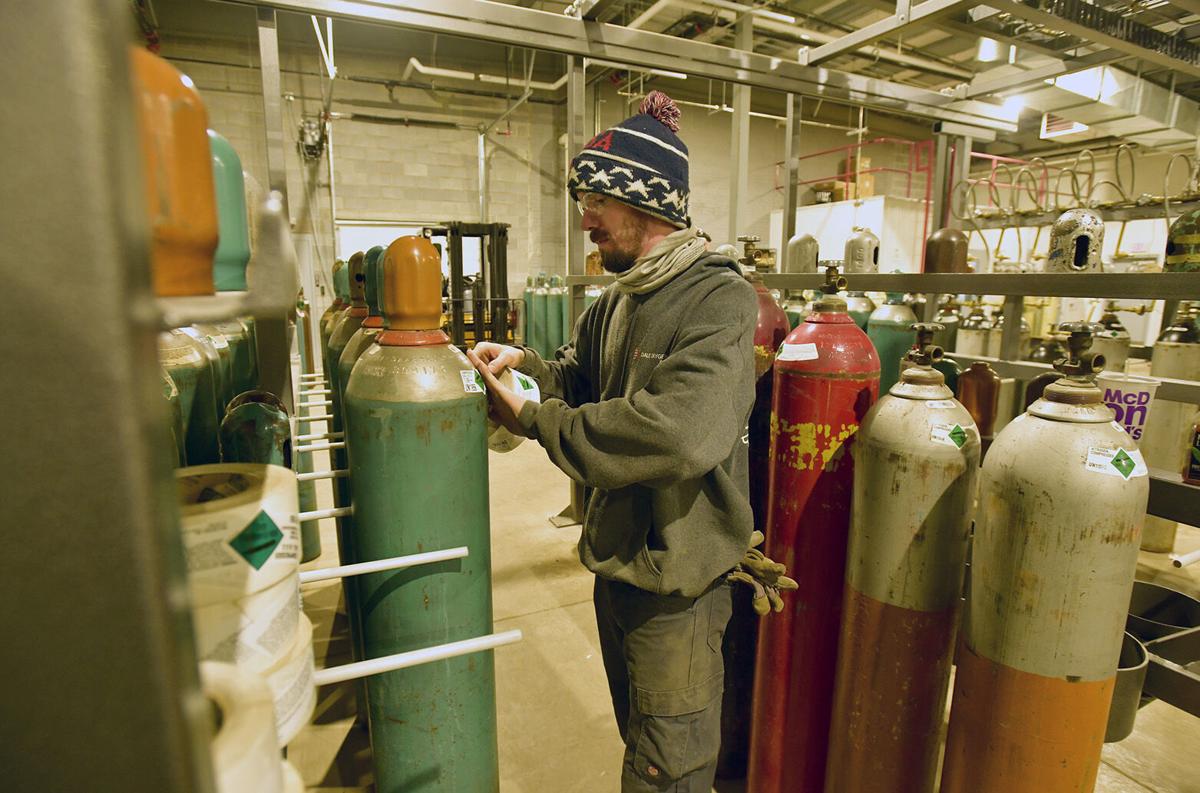 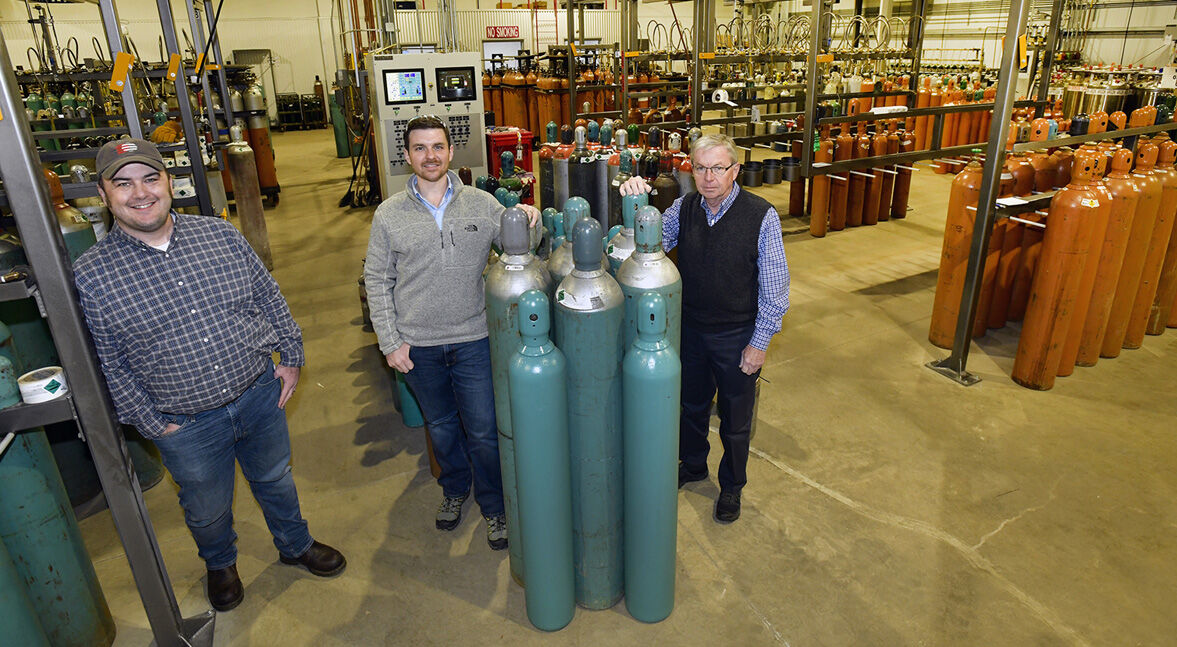 Chris Bennear, COO; Evan Bennear, president; and Harry Bennear, CEO, are inside Dale Oxygen, which will open a fourth location in Somerset.

Chris Bennear, COO; Evan Bennear, president; and Harry Bennear, CEO, are inside Dale Oxygen, which will open a fourth location in Somerset.

Dale Oxygen is expanding into Somerset County with a new retail and warehouse facility.

“It will be a couple months before it’s ready,” he said.

The addition follows a recent expansion in Johnstown. Last year, the company built an 8,000-square-foot building at the company’s Horner Street location for canister-filling packaged gas operations, which include argon, nitrogen, oxygen, carbon dioxide and helium.

Thinking back to how the business has changed since his father, Harry W. Bennear, opened it in 1939, Bennear said he’s proud especially of what has remained constant.

Bennear’s sons, Chris and Evan Bennear, are both leaders of the company.

At its beginning in Dale Borough more than 80 years ago, the company primarily sold oxygen and acetylene for welding, said Evan Bennear, company president.

Today, Dale Oxygen has satellite locations in Altoona and Indiana, and products have been diversified to include specialty gases, safety products and welding equipment.

The Somerset facility is set to be a fourth location.

“We have been serving the Somerset market out of Johnstown, but business has grown for us exponentially there over the years,” Evan said.

Dale Oxygen’s customer base extends beyond Somerset, across the state line into Maryland.

“Our new location in Somerset will be a retail location for welding equipment, and cylinder gases, and we will also have trucking out of that location to deliver to customers in Somerset and western Maryland,” he said.

The company’s 30 employees will grow to 33 with the addition of a Somerset branch manager, a distribution route driver and an inside sales and warehouse associate.

“As we add more sales staff and distribution capabilities, we would definitely consider expanding more,” he said.

“We have a very strong set of capabilities to service welding and fabrication markets. And we are growing our specialty gas business, which serves research labs that use more exotic gases. Demand for gases in general has a wide breadth of applications.”

The continuation of the U.S 219 corridor will play a role in the expansion of Dale Oxygen, he said.

The transportation project entails the completion of a four-lane Route 219 from the southern end of the Somerset-to-Meyersdale bypass to the northern end of an interchange with Interstate 68 in Garrett County, Maryland.

In November, the county secured federal funding to resume environmental studies to complete that work.

Somerset County commissioners and business leaders anticipate the project to facilitate growth of the county’s industries.

Ron Aldom, executive director of the Somerset County Chamber of Commerce, said Somerset as a whole is seeing an increasing manufacturing market.

“It’s a great company, family-owned since 1939 – that’s a solid company. We are seeing a really good business climate here, seeing businesses move here is not a surprise. The manufacturing market and other areas are doing quite well.”