HARRISBURG – Gov. Tom Wolf said Tuesday the state will provide clearer guidance on what life in the green counties will be later this week, Wolf declined to say whether or when the state will allow high schools to hold commencement exercises this summer.

As the state relaxes its restrictions on gatherings, Wolf said he is planning to hold his first in-person press conference since the pandemic hit.

Wolf said that he plans to allow Centre County to join the group of counties with relaxed business restrictions this Friday.

Wolf, last Friday, said that the state had been willing to move Centre County into the green phase, but that county commissioners there had asked to be withheld from the green phase. 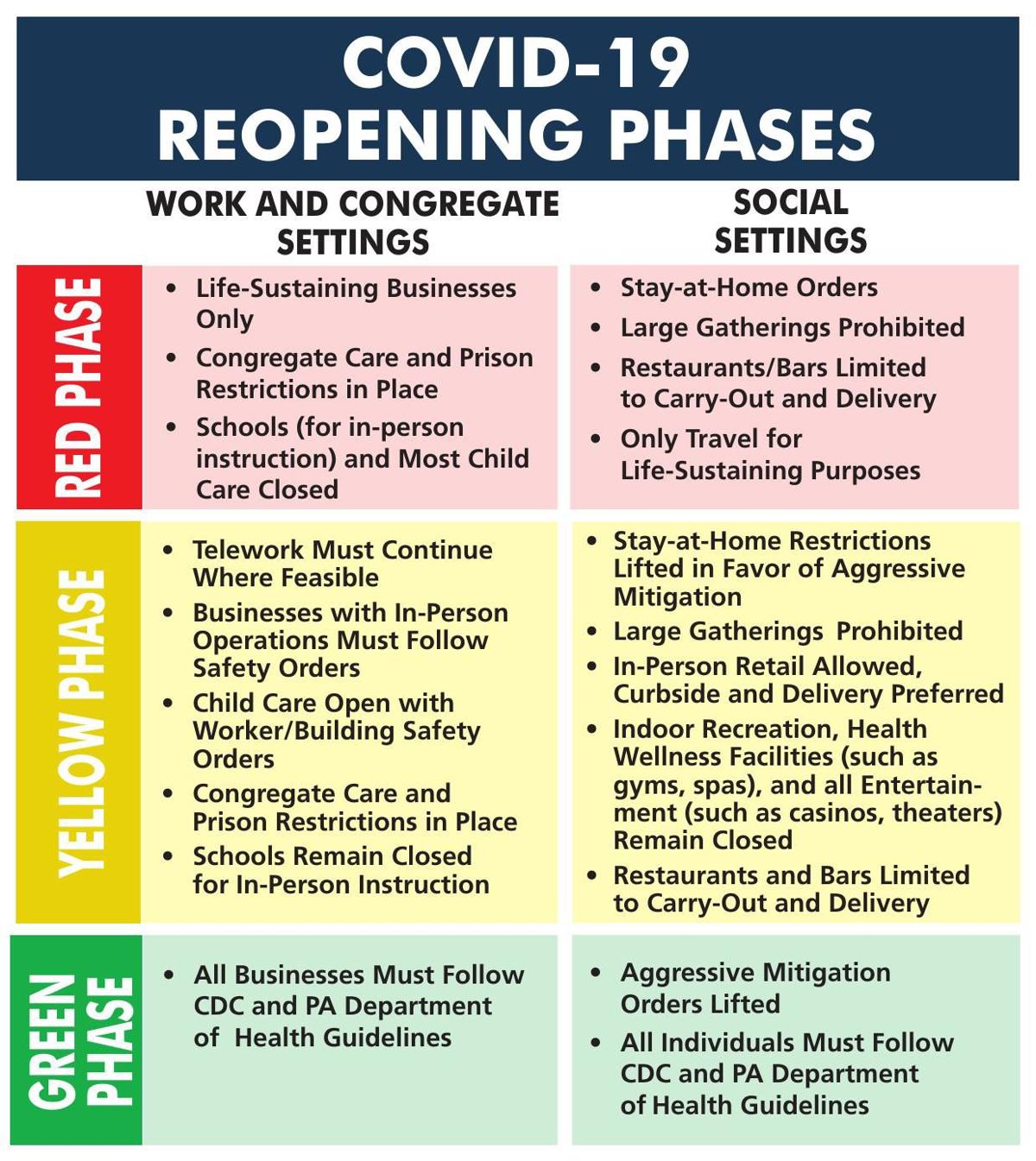 Monday, the Centre County commissioners reversed course and said they wanted to move into the green phase and Wolf said the state would include them in the green phase counties.

The state has already announced general guidelines indicating that restaurants, bars, barbershops, beauty salons and gyms can reopen for in-person service at 50% capacity in those areas. But the specific guidelines about how those businesses are supposed to protect workers and their customers haven’t been revealed.

For restaurants and bars, the state is working with the Pennsylvania Restaurant and Lodging Association to establish clear guidelines, Wolf said.

New Jersey Gov. Phil Murphy announced Tuesday that high school graduations in that state can be held beginning in July.

“There ought to be limits on how many people come together,” Wolf said. “I don’t know what New Jersey is doing,” Wolf said.

Murphy announced on Twitter that New Jersey high schools will be allowed to hold in-person graduations as soon as July 6.

“Schools will have the opportunity to hold outdoor graduation ceremonies that comply with social distancing – ensuring the health and safety of all in attendance,” Murphy said.

Pennsylvania Health Secretary Dr. Rachel Levine said that while the green phase allows businesses to resume operating at reduced capacity, the state is still expecting people to practice social-distancing and the state is not going to allow “large recreational activities” such as concerts to be held.

Levine said the Health Department has gotten reports of large gatherings that appeared to violate the state’s guidance on social-distancing.

“I would be concerned about the spread of COVID-19,” she said. But Levine added though that those who attended such events wouldn’t automatically need to self-quarantine just because they’d been in a large group.