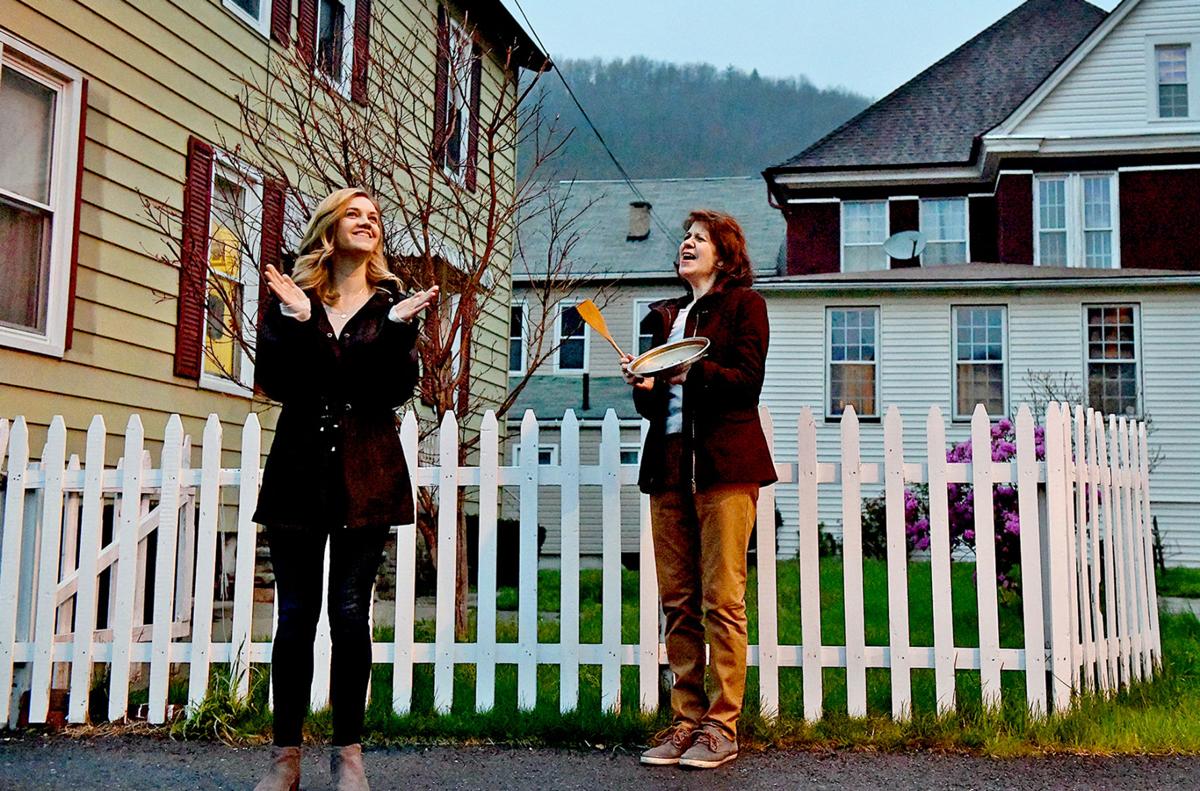 Paige Hockycko (left) and her mother, Marian Hockycko, step outside of their home in the Cambria City section of Johnstown on Tuesday, April 14, 2020 to clap and cheer on all essential workers as a sign of support and appreciation during the COVID-19 pandemic. The Hockyckos are asking others across the city and state to do the same at their own homes as they will continue this act at 8 p.m. every Tuesday until the stay-at-home order is lifted. 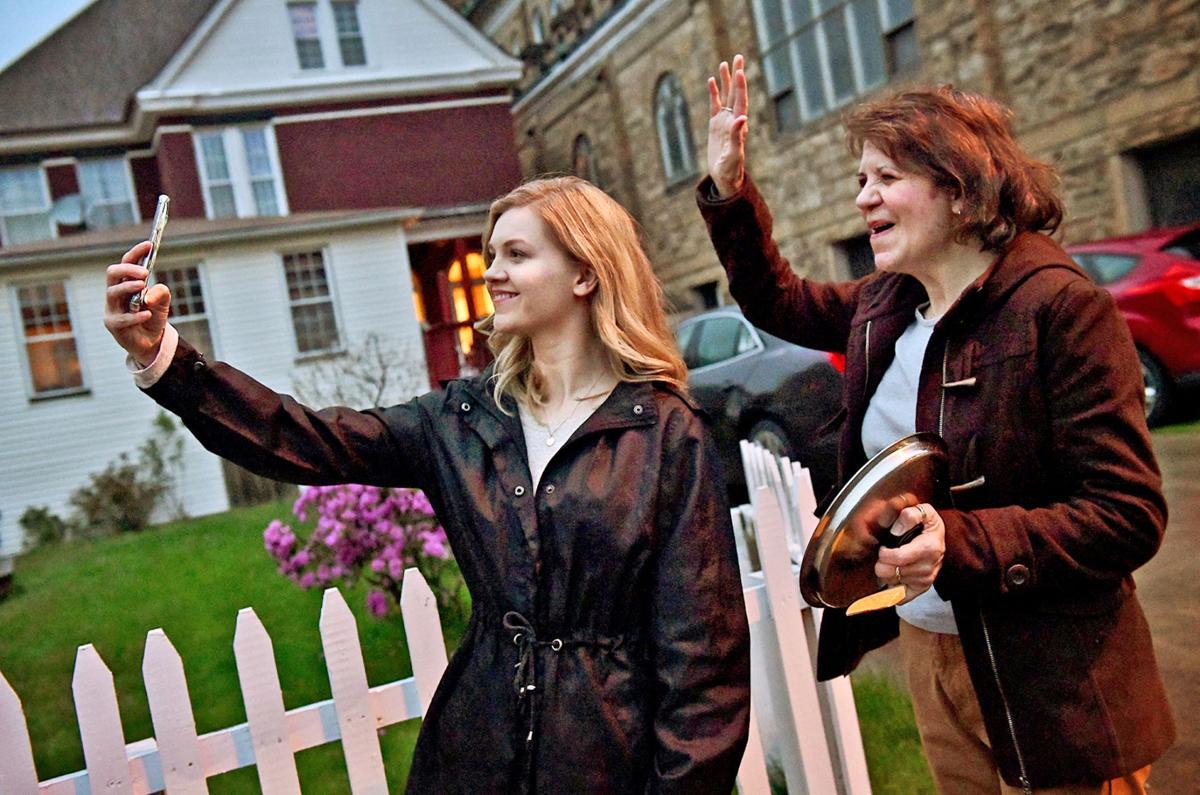 Paige Hockycko (left) and her mother, Marian Hockycko, step outside of their home in the Cambria City section of Johnstown at 8 p.m. on Tuesday, April 14, 2020 to clap and cheer on all essential workers as a sign of support and appreciation during the COVID-19 pandemic. Afterward, the Hockyckos take a selfie to document the event.

Standing in front of their Cambria Place home on Tuesday, Paige Hockycko and her mother, Marian Hockycko, waited until they heard a nearby Cambria City church bell chiming for 8 p.m.

Paige whooped and began clapping, and Marian banged a pot lid in celebration of health care workers and others continuing essential jobs through the coronavirus pandemic.

They paused to hear if others had joined, but none could be heard.

Paige Hockycko initiated “Love from Johnstown” after seeing stories about the United Kingdom’s “Clap for Carers” tribute to health care workers and other essential jobs.

“It’s a way for the community to come together outside their houses and honor the workers,” Hockycko said. “I thought it would be so awesome if we would do it here.”

Hockycko and some friends tried to rally others and launch the tribute last week, but she said she couldn’t get a strong response on social media.

“We still did it,” she said. She and some friends and relatives stepped outside to make some noise for the essential workers.

Not deterred, she went back to social media, expanding the message through various local online groups.

“I got a huge response,” she said. “This is for everybody working during this crazy time.

“We really appreciate everybody.”

She would like the tribute to become a weekly thing throughout the community at 8 p.m. each Tuesday. Those who don’t want to come outside can participate by flashing lights and displaying posters, Hockycko suggested.

“Love from Johnstown” participants should post messages and photos on social media with the hashtag #LoveFromJohnstown to continue spreading the message of support and unity, she said.