Trump wears mask in public for first time during pandemic 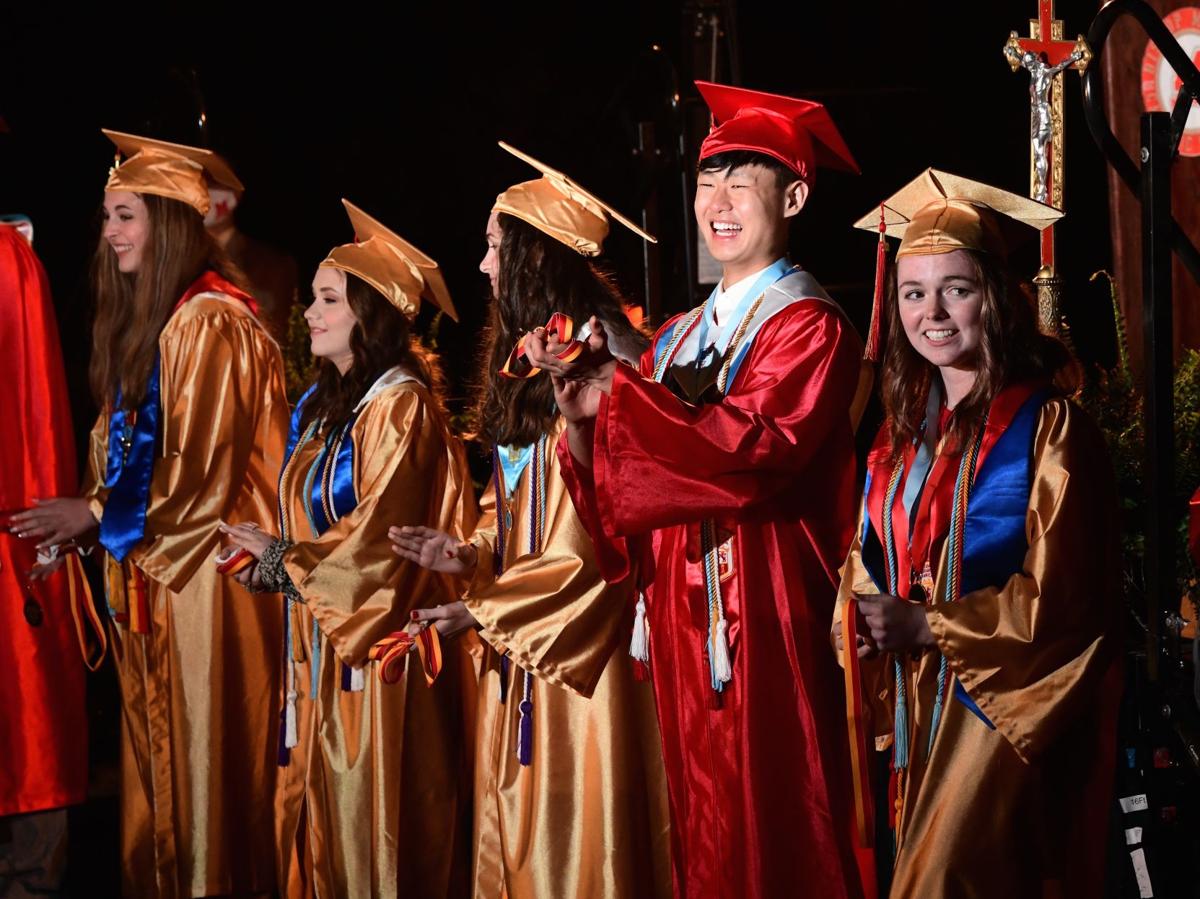 A group of Bishop McCort Catholic High School's Academic Top Ten are recognized during the school's commencement ceremony at the Silver Drive-In in Richland Twp., Wednesday, May 27, 2020. 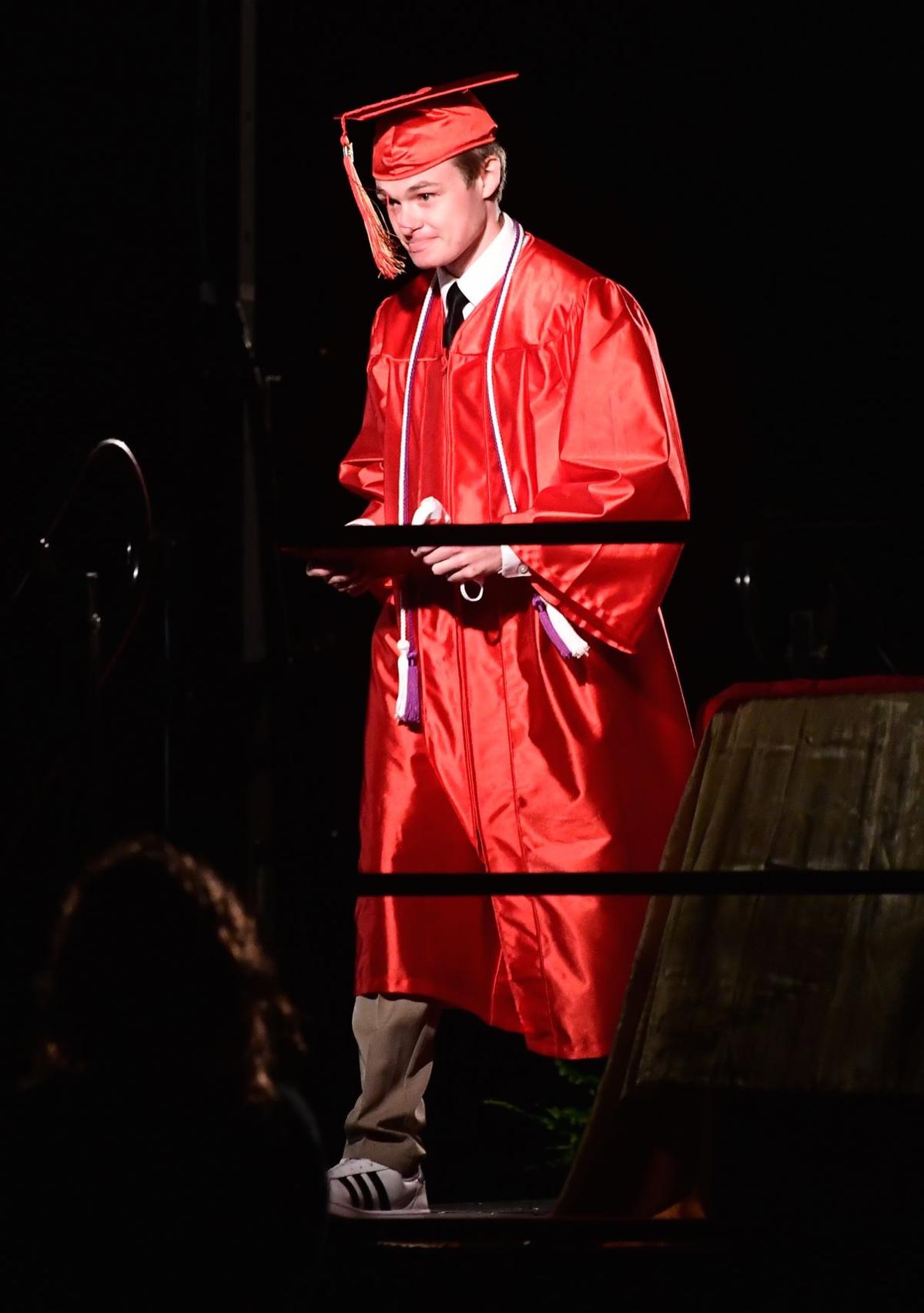 Bishop McCort Catholic High School graduate Cameron Bunn picks up his diploma during the school commencement ceremony at the Silver Drive-in in Richland Township on Wednesday, May 27, 2020.

A group of Bishop McCort Catholic High School's Academic Top Ten are recognized during the school's commencement ceremony at the Silver Drive-In in Richland Twp., Wednesday, May 27, 2020.

Bishop McCort Catholic High School graduate Cameron Bunn picks up his diploma during the school commencement ceremony at the Silver Drive-in in Richland Township on Wednesday, May 27, 2020.

The Silver Drive-in theater in Richland Township was packed with vehicles on Wednesday, but the people weren’t there for the latest blockbuster; they were there to watch their children graduate from Bishop McCort Catholic High School.

“I think this is a pretty unique setting to have a graduation in,” senior Delaney Leis said.

She’d been looking forward to graduation and explained that it meant a lot to her that McCort put together an in-person ceremony.

The event was set up to have guests in the parking lot of the drive-in facing the screen with a small stage and following appropriate social distancing guidelines.

After a short delay due to technical difficulties, the program began with a pre-recorded address from senior and student council president Abigail Instone on the big screen.

With a mix of in-person speeches and video presentations, the ceremony carried and featured a virtual keynote address from U.S. Air Force Col. Kenneth A. Stremmel, an alumnus of the school.

The event also included students approaching the stage and being honored while picking up their diplomas.

Delaney’s mother, Tiffany Leis, said she was ecstatic to be able to see her daughter get to graduate in a more traditional setting, because initially she didn’t think the students would get to participate in any sort of ceremony.

She added that her son graduated from McCort last year and though she enjoyed that event, having the ceremony at the drive-in was more exciting.

John Coyle, whose son Connor is a senior, said he was “thrilled” the school was able to pull together a ceremony such as this.

He commended the administration for their efforts, not just with the event, but with the transition to online learning and how everything has been handled since the COVID-19 pandemic started.

Connor was appreciative of the school’s efforts as well.

“I’m really glad to be here,” Connor said. “It’s awesome that I get to walk across a stage and get some in-person recognition.”

Tom Smith, principal and CAO of McCort, said organizing this kind of event was crucial for the school.

“It was really, really important to give them the proper graduation – as best we can,” Smith explained.

As a parent of a graduate, he said he knows what the students have been going through.

Smith explained that watching his daughter, Mikayla, and her classmates get “robbed” of all the experiences they should have had this spring was difficult to see.

Smith said he knows it left a void in the students that can never be fixed, but commented that the group is “a resilient bunch” which is what made the graduation committee want to pull this off.

This year’s graduation is significantly more expensive than previous years and the committee had to work three times as hard, Smith disclosed.

“We think the kids will remember this for the rest of their lives,” Smith said.

He also hopes that if the graduates take anything away from the past few months it’s to take a negative and turn it into a positive.

The Class of 2020’s senior year was cut short this spring – but an effort debuting on The Tribune-Democrat’s website is aiming to keep the region’s hundreds of graduates in the spotlight.