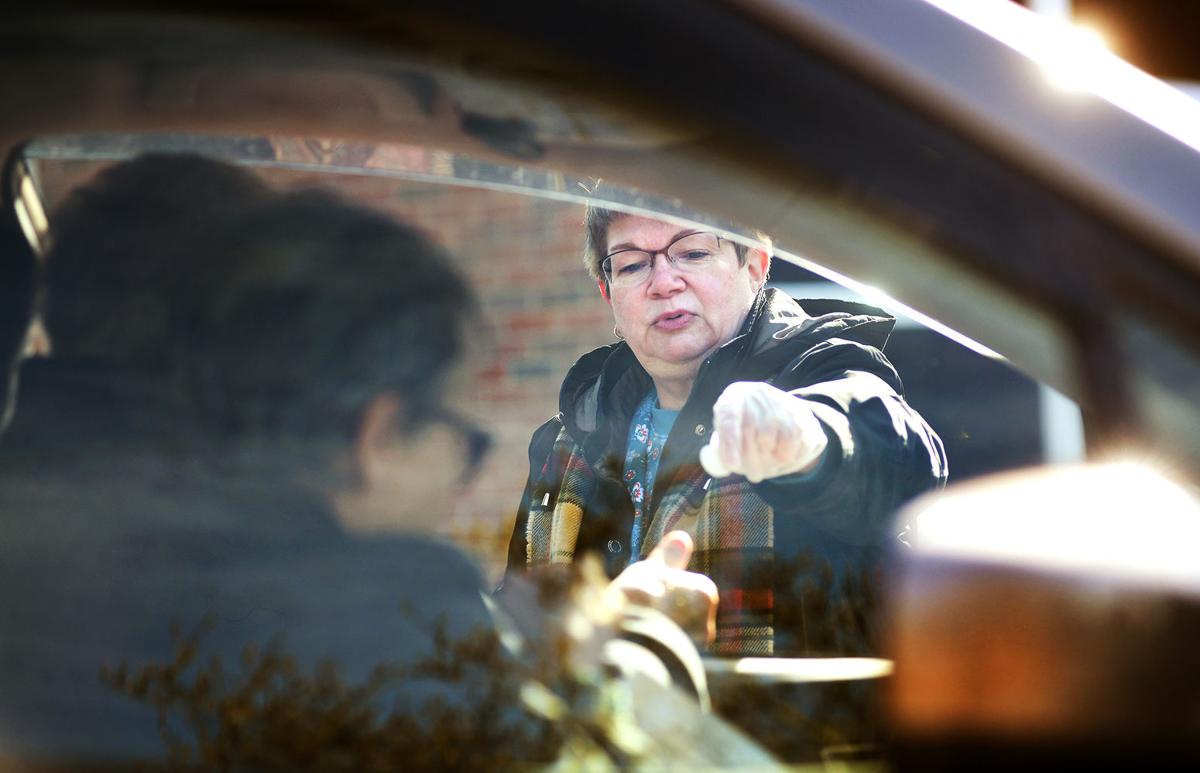 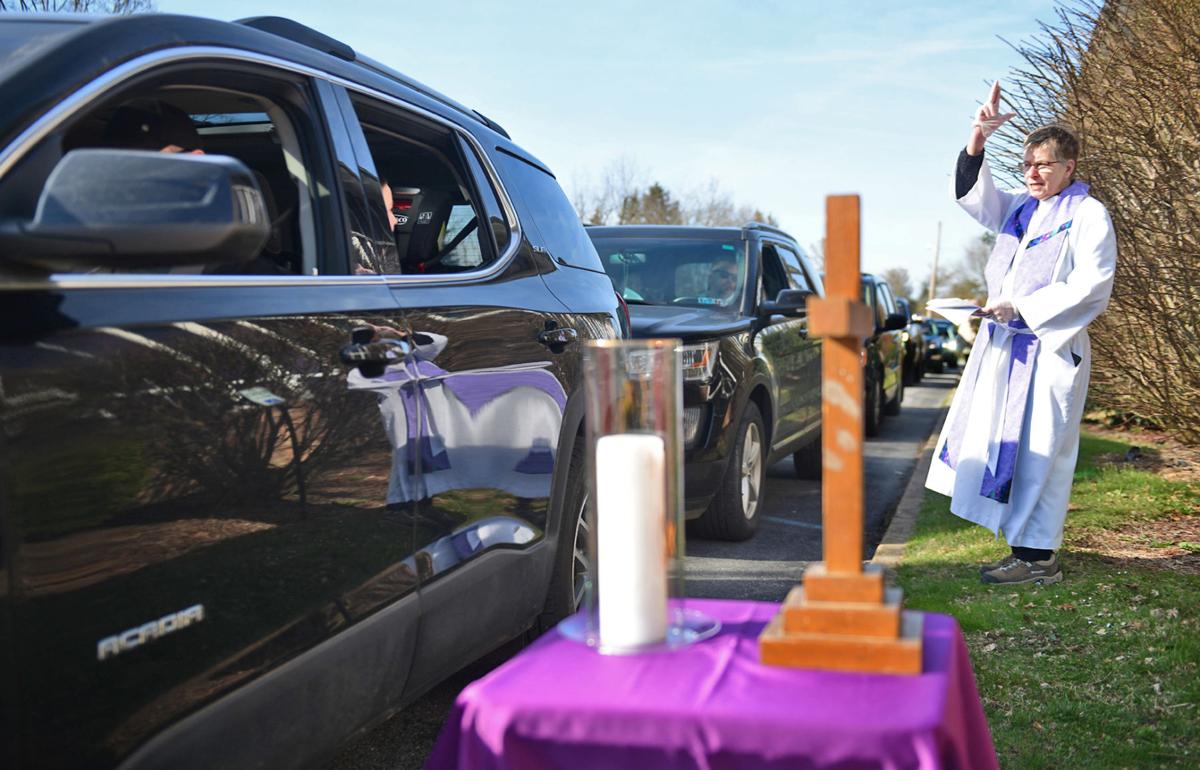 The Rev. Julia Sprenkle, pastor of Christ Evangelical Lutheran Church in Westmont, offers a blessing to a parishoner during a drive-thru worship service Sunday, March 22, 2020. 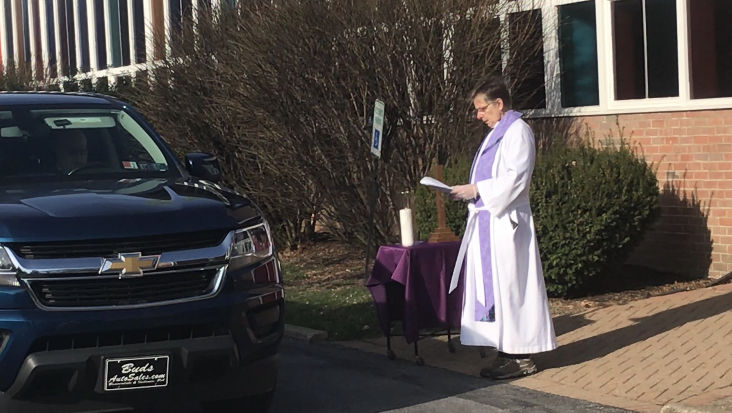 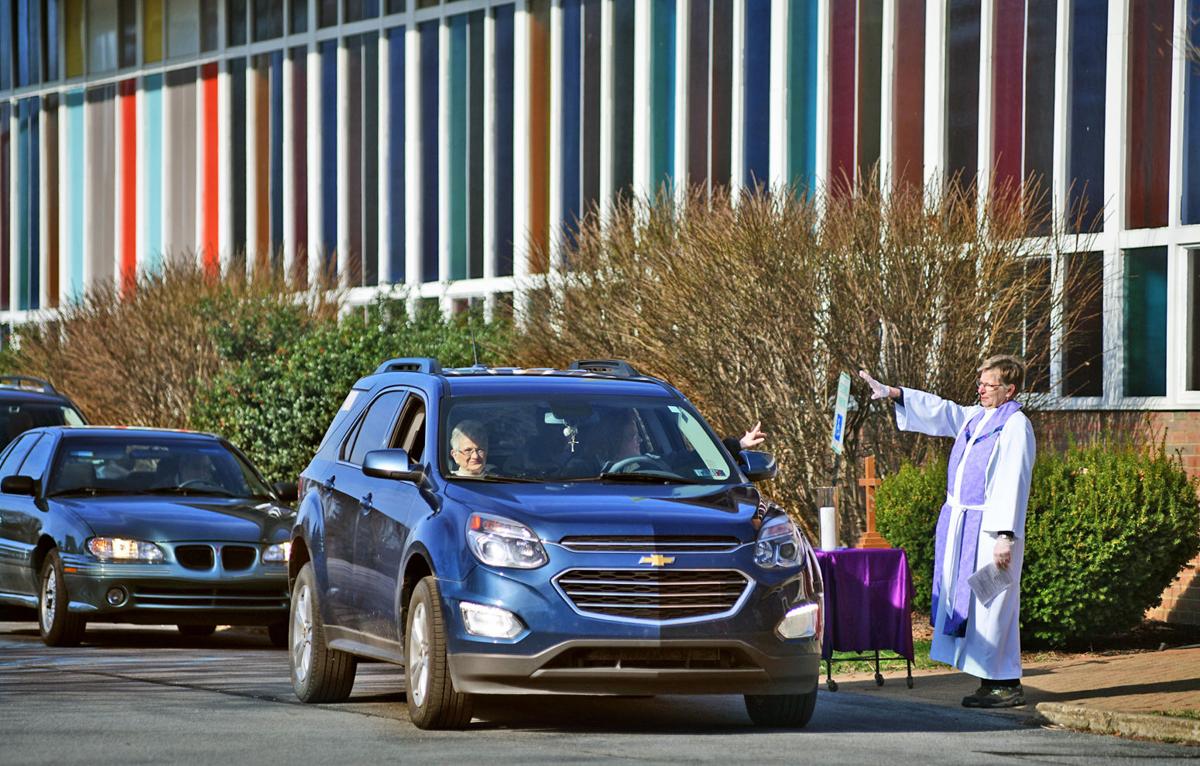 The Rev. Julia Sprenkle, pastor of Christ Evangelical Lutheran Church in Westmont, offers a blessing to a parishoner during a drive-thru worship service Sunday, March 22, 2020.

And Sunday was no different.

Except that Hughes was curbside, handing out his bulletins to parishioners while they crept past in cars, vans and sport-utility vehicles.

“A few weeks ago, I never would’ve thought I’d be standing out here,” the Westmont man said with a smile Sunday morning after another car pulled ahead. “But hey – whatever it takes to reach out to people – we’ll do it. Because this is something we all need right now.”

The Westmont church was one of many across the region that found new ways to deliver Sunday worship, while adhering to government and health officials’ guidelines to avoid public gatherings due to the spreading COVID-19 disease.

While a number of churches opted to live-stream their services through social media sites such as Facebook, at least two Cambria County churches – Christ Evangelical Lutheran and Faith Chapel in Geistown – set up “drive-thru” services outside their buildings.

To the Rev. Julia Sprenkle at Christ Lutheran, that car-side worship approach was a way people could still come together “while being apart.”

“Christianity is an in-body faith, and church is a physical, community thing,” she said. “At least this way, we can come together in a safe way and still worship together.”

Vehicles navigated their way through three stations inside the church’s lot, receiving a bulletin – and later communion bread – from gloved hands. Sprenkle met each congregation member from outside the driver’s-side door for confession and forgiveness and then prayed with them.

“Go in peace,” she told Phyllis Borodach as she drove away.

Borodach, of Upper Yoder, praised the group for organizing the service.

She has been self-isolating for two weeks – taking the situation seriously, but at the same time filled with optimism the world will get through it.

In the meantime, Borodach said Sunday’s drive-thru service offered a glowing reminder that “the Lord is watching over us.”

To Sadie Carney, of Southmont, there was another message, too.

“Church is still happening even though this pandemic is occurring,” she said. “With everything that’s happening, we just have to adapt and adjust the best we can.”

Sprenkle acknowledged she spoke to some parishioners who are worried about the crisis.

Some are worried about a loved one’s health. Others are wondering, “What am I going to do next?” she said.

Sprenkle said she’s reminded of some of the core messages the Lenten season brings.

It’s a time when Christians fast, reflect and pray for 40 days, in remembrance of Jesus’ period of temptation in the wilderness, she said.

“We weren’t expecting our wilderness to be like this,” she said. “But just as Christ wasn’t alone, neither are we.”

The hunt for ventilators and other medical supplies consumed the U.S. and Europe on Monday, as new coronavirus infections soared and political paralysis stalled efforts for a quick aid package from Congress. Asian markets and U.S. futures sank as more governments tightened restrictions to fight the pandemic.