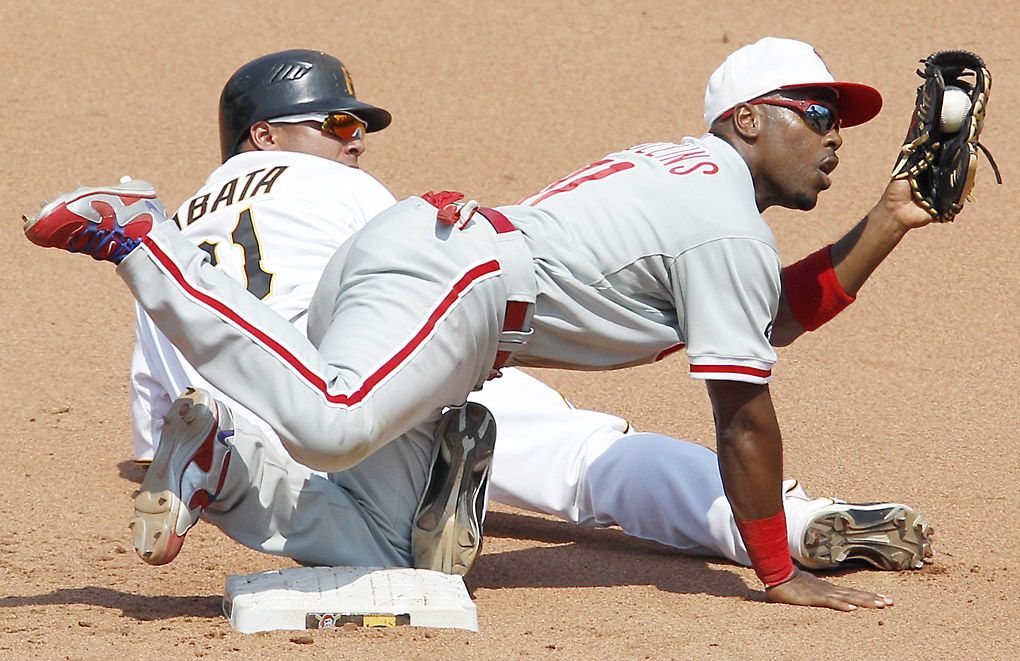 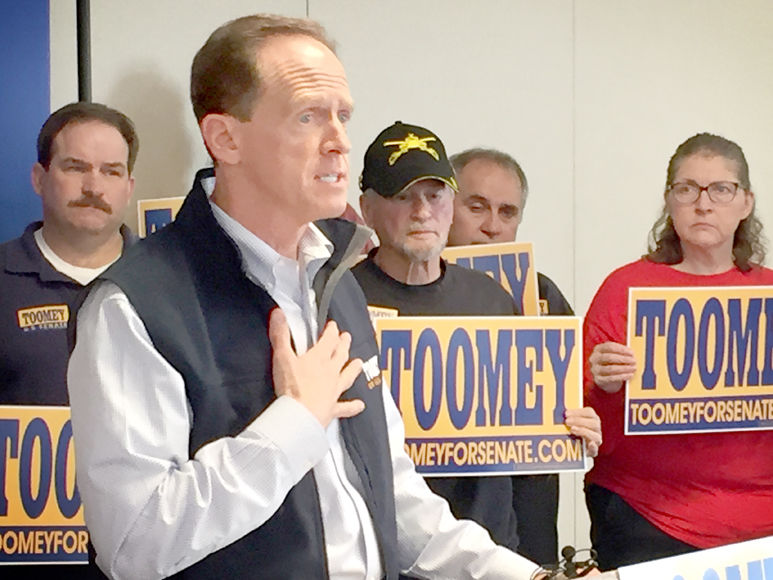 Is it almost time to “play ball” for youth sports such as baseball and softball?

If so, how safe is it to resume the games amid a deadly pandemic?

Those topics were addressed during a virtual roundtable event on Thursday held by U.S. Sen. Pat Toomey, R-Lehigh Valley, and a high-profile panel. Sporting events such as youth league baseball and softball still can't be played in Pennsylvania due to COVID-19 restrictions.

“The findings and the data lend themselves to the conclusion that, I think anyway, that we can resume youth recreation, and we can do it safely, especially if we continue the commonsense practices that we know reduce the rate of transmission,” Toomey said during the YouTube roundtable. “And with summer right around the corner, this means that that time-honored, American tradition of youth baseball and youth softball, with all the health and developmental benefits that come with them, should be available to our boys and girls.

"I have a 10-year-old son, and if we could resume Little League baseball where I live, I would sign him up tomorrow.”

'They want to play'

Reagins was the Angels’ GM from 2007-11 and helped the team win American League West Division championships in 2008 and 2009. He said the coronavirus has made people realize how much they miss sports during these uncertain times.

“This pandemic has taken proms, has taken graduations, has taken economic capabilities of parents and families,” Reagins said. “It’s taken from America’s youth. And what it has done is also reinforced the importance of, and significance of, sports – particularly baseball and softball – and how it is the fabric of our young people today.

“They want to play. Young people want to play,” he continued. “They’re clamoring for that social interaction that they had in school with their classmates. They have a strong desire to have that emotional bonding that they experience while they’re on the diamond. They yearn for the opportunity to be with their friends on a daily basis in practice and get out there and play the game. So there is a deep desire to get out there as it relates to young people and get back on the diamond.”

Dr. Bhattacharya is a professor at the Stanford University School of Medicine, and his research focuses on the constraints that vulnerable populations face in making decisions that affect their health status, as well as the effects of government policies and programs designed to benefit vulnerable populations.

“If you can design appropriate safety protocols, youth baseball and youth softball are the absolute perfect place to start thinking about resuming sports,” Bhattacharya said. “The nature of the sport itself, you have social distancing on the field imposed almost by the rules of the sport. So, I think that lends itself to making it an ideal case.”

Bhattacharya said the age of the participants also is significant.

“It’s very unlikely that kids will pass the COVID-19 infection to their parents or to adults,” Bhattacharya said, citing a study done in Iceland. “It almost always runs the other direction.”

Finch is a parent of three youngsters. The family resides in Louisiana, where she said sports resumed recently. She admitted she felt apprehension when her children, ages 7 to 14, initially returned to the field.

“We started practice last week with our three kids and we were very apprehensive,” Finch said. “Actually we were the only parents that were apprehensive out of all of them. They took a poll. We start local and go out from there. Would you go to a tournament right now? I’m not quite sure. You take all the necessary precautions and as time passes, all of the information we gather as we figure out the best way to move forward with safety first.”

Finch won Olympic softball gold with the U.S. in 2004 and took silver in 2008. She is Major League Baseball’s youth softball ambassador.

“Obviously safety is first, you know? I am a parent, I’m a mom,” Finch said. “Therefore, we're going to move forward, obviously. We’re hopefully going to get back to where it’s been. It’s going to be a changed new normal, but at the same time, you know, if everyone is on the same board and the communication is there and those steps of safety are taken, then I do feel comfortable in that and I’m so thankful for this roundtable because it is a huge step in moving forward and figuring out and collaborating with everyone involved in all areas of the field in order to get these kids back out there, around their teammates, playing.”

“Why not be outdoors? We wear masks, if we’re around people we understand social distancing, and the importance of PPE (Personal Protective Equipment),” Rollins said. “But we don’t want to stop living our lives. We don’t want to stop having our normalities from existing. And what’s happening right now, none of that exists.

“We’re sitting there watching reruns and watching the news. We hear about the negative things, but we should be focusing on what we can do instead of what we can’t do, and working on getting back to what we can do and aren’t doing.”

Keener has been with Little League since in 1980, later being named president in 1994. He’s helped Little League expand to more than 20 countries and more than 3 million participants.

For the first time in history, the Little League World Series won’t be played this summer in Williamsport due to COVID-19 concerns.

“Obviously, this pandemic has had a devastating impact on families, businesses, communities, and obviously youth sports,” Keener said. “From Little League International’s perspective, we’ve taken the position that we wanted to try to put the importance of youth sports in perspective. And by that I mean, understanding that, one thing that’s been a very stark reminder to us is how important Little League Baseball or Little League Softball are to communities because we’ve been hearing from our constituents and our affiliates since the middle of March about getting back on the field.”

Keener said Little League “spent a lot of time consulting with people” and follows guidelines set by the CDC and medical professionals regarding the best manner to potentially resume play when “it’s safe to do so.”

Ultimately, the individual states will decide if and when youth sports will resume, he said.

“I think reopening our respective states should be data-driven,” Toomey said. “What does the data show? Among other things, the data shows that social distancing, wearing masks, enhanced sanitation and hygiene – these things reduce the rate of transmission in the general population. I think these measures ought to continue.

“The data also shows that nursing home residents, older people, people with compromised immune systems are much more vulnerable to this disease than the general population is,” he said. “So, nursing home residents for instance should be protected and prioritized for testing and personal protective equipment.