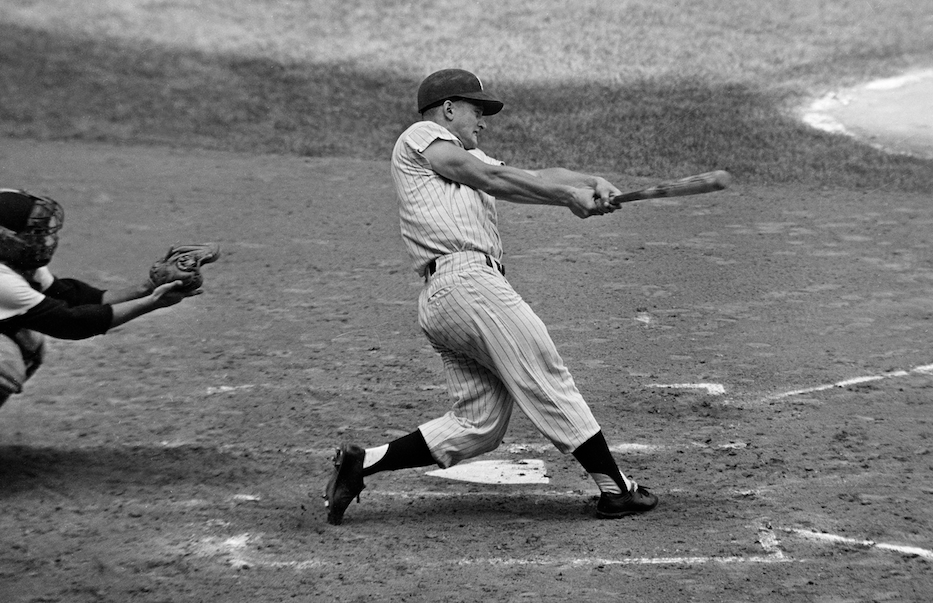 New York Yankees Roger Maris, with a count of two balls, no strikes, in the fourth inning of the game with the Boston Red Sox, hit his 61st home run of the season to become the first man in major league baseball history to hit more than 60, Oct. 1, 1961, at New York's Yankee Stadium. The ball went into the right field stands, about 360 feet away.

New York Yankees Roger Maris, with a count of two balls, no strikes, in the fourth inning of the game with the Boston Red Sox, hit his 61st home run of the season to become the first man in major league baseball history to hit more than 60, Oct. 1, 1961, at New York's Yankee Stadium. The ball went into the right field stands, about 360 feet away.

Asterisks. Get your asterisks.

Anticipation that sporting seasons we’ve seen interrupted or delayed by virus concerns are about to return to play raises talk of the need for asterisks, be they real or metaphorical.

This could produce a run on asterisks of toilet-paper proportions.

Former Baseball Commissioner Ford Frick generally is cited as the father of the sports asterisk, even though Frick never actually specified using the word in that context, or the symbol itself for that matter.

What Frick did in July 1961, as Roger Maris was on pace to break Babe Ruth’s single-season home run record of 60, was decree that Maris would be recognized as the sole record holder only if he surpassed Ruth’s total in 154 games, which was the length of the Ruthian baseball season.

By 1961, that American League season length had increased to 162 games.

Frick’s past friendship with Ruth was cited as a potential reason for his decision, and a glaring conflict of interest.

After the fact, Frick displayed a sense of irony when he wrote an autobiography “No asterisks, no apologies.”

As it turned out, Maris needed all 162 games to reach 61. His accomplishment never was differentiated with an asterisk, just a separate category at the time.

But the term “asterisk” began to be used widely in connection with the Maris season, and has lingered as a way to denote sporting results and records perceived to need clarification and/or lacking in validity.

Sometimes, the asterisks are real, as in the asterisk an NFL.com contributor actually placed next to the name of New England Patriots quarterback Tom Brady in a 2015 article rating NFL quarterbacks heading into that season.

The guy had Brady ranked fifth with an asterisk and an explanation that the asterisk was due to the so-called Deflategate case.

The NCAA and affected schools use asterisks to note vacated national championships or other game results.

Pro football, baseball, basketball and hockey all have crowned champions after seasons shortened due to labor difficulties, with suggestions of asterisks being needed regarding each.

Many believe, in the wake of the Houston Astros sign-stealing scandal, that their successes should bear the asterisk, the sporting equivalent of the scarlet letter.

NASCAR is scheduled to resume racing Sunday at Darlington Raceway, kicking off a frantic catch-up run of seven races in 11 days at two tracks.

There will be no fans in the stands. We might need asterisks at season’s end.

Other sports have various re-start plans, with varying degrees of specificity.

Looming over this is the reality that it’s one thing to resume or start the seasons. It is something altogether different to feel confident those seasons will continue to a postseason conclusion.

Given the current political climate, all it would take to throw a crimp in things would be for an uptick in virus cases to prompt governors, county commissioners, mayors or dog catchers to pull the plug on activities in their locales.

And if those locales were home bases for franchises, how would leagues react?

Imagine an NFL season gets underway and then is halted late in the regular season, or the postseason? Recall this happened with the highly popular NCAA men’s basketball tournament.

The sporting drought continues, prompting a prescription of laughter to lighten the mood.