More than 1.3 million Pennsylvanians have applied for either an absentee ballot or one of the state’s new mail-in ballots available to anyone upon request, in order to vote without going to the polls during the June 2 primary.

Exactly how the state implements the mail-in voting is becoming increasingly contentious as the June primary gets closer.

In April, the Pennsylvania Alliance for Retired Americans, a group linked to labor organizations sued, seeking to get the state to provide prepaid postage for all mail ballots and allow third parties to help voters submit their sealed ballots. 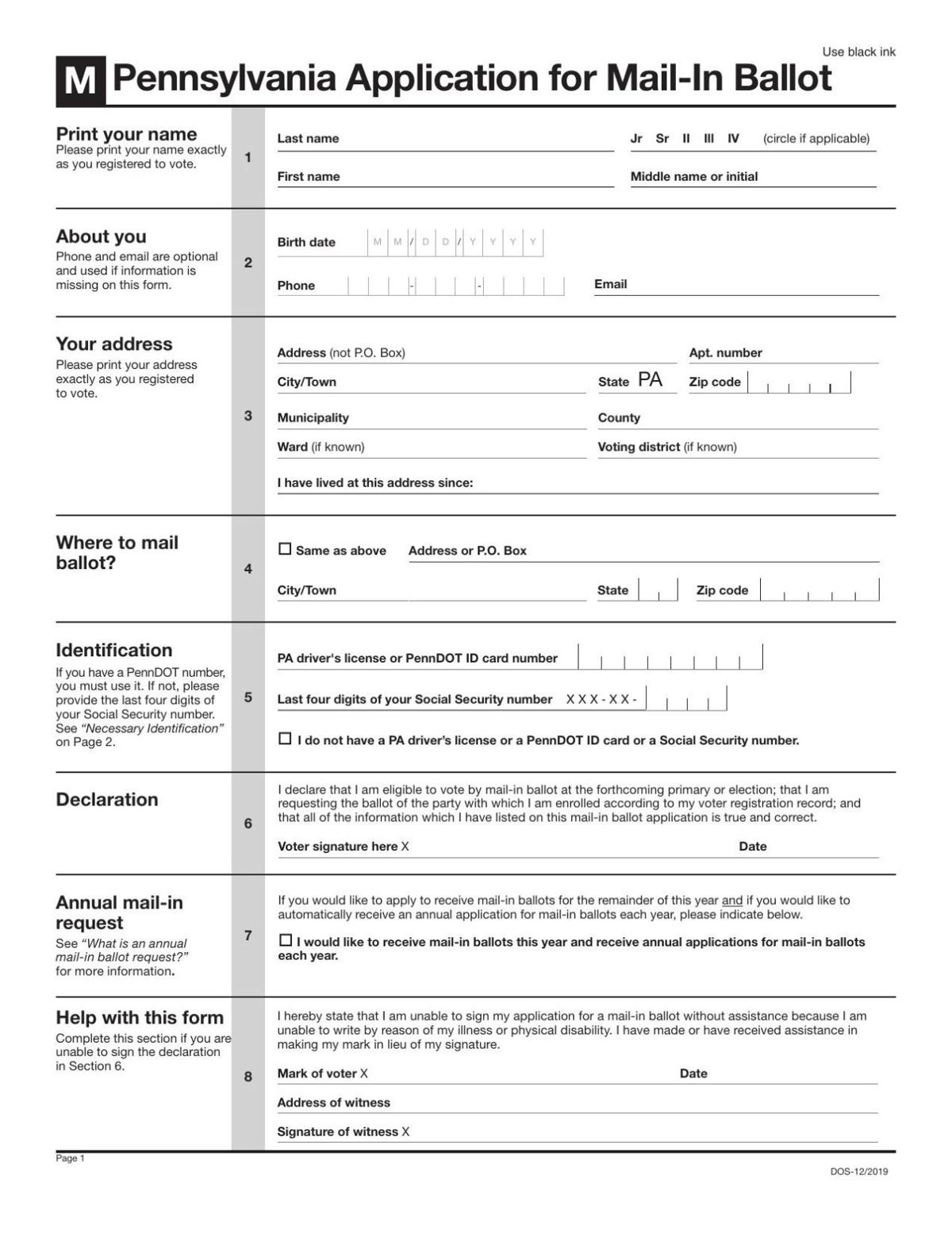 State officials have “failed to implement adequate safeguards to ensure a free and fair election” in the face of a pandemic that threatens to disrupt the June 2 primary, the group alleged in a lawsuit filed in Commonwealth Court.

Legislative leaders in the state House blasted the lawsuit as an attempt allow “ballot-harvesting,” to give Democrats an edge after the state passed election reforms with bipartisan support.

“This will be the most accessible election in our state’s history, and any further notion of tweaking absentee voting is showing an overwhelming desire of one party to seek an unfair advantage,” House Majority Leader Bryan Cutler, R-Lancaster County, and House Speaker Mike Turzai, R-Allegheny County.

Wanda Murren, a Department of State spokeswoman refused to offer a Wolf Administration response to the lawsuit.

“We do not comment on active litigation,” she said.

Gov. Tom Wolf has repeatedly urged Pennsylvanians to take advantage of the new mail-in voting option as a way to participate in the election without risking exposure to disease at the polls.

There is no more important civic duty than voting, but we also want to make sure that every primary voter can cast their vote safely,” Wolf said.

Nationally, there have been some cases of alleged fraud involving mail-in voting. That includes an incident In 2018, when North Carolina’s 9th Congressional District was rocked by an absentee ballot scandal involving a staff member of a Republican candidate,  according to the non-profit investigative news organization Propublica.

In Pennsylvania, Tioga County Commissioner Erik Coolidge said at am April 30 Senate hearing on the upcoming primary that, he’d been contacted by multiple constituents who complained that they’d received applications in the mail for mail-in ballots for relatives that no longer live in their homes.

“Maybe I’m old fashioned,” he said, but in other parts of the world there are elections where people are risking their lives to vote.

“Let’s not make it so convenient that we forget the reasons why and those who gave us the right to vote.”

Republican state lawmakers interviewed for this story said that while there’s the potential for abuse, there are also indications that mail-in voting offers important benefits.

That includes making it easier for senior citizens to vote without having to worry about being exposed to coronavirus, said state Rep. Jim Rigby, R-Cambria County.

“Can it be a bad thing? Yes, anything can be exploited if you work hard enough,” he said. “In light of coronavirus it was good thing (the state approved mail-in voting).”

State Rep. Cris Dush, R-Indiana County, said that he thinks mail-in voting may create problems in that voters may cast their ballot early before they fully learn about the candidates.

He’s campaigning for state Senate and said he’s encountered voters who, after talking to him, said they regretted that they’d already voted for his opponent.

He said that while that’s a concern, he’s a not aware of any conduct that would suggest fraud is being taken place.

“We’ve got a lot of people taking advantage of it,” he said.

Absentee ballots are available for people who are away from home on Election Day – like those in the military, enrolled in college or traveling on business. Pennsylvania, last year approved a revamp of the state’s election law that allowed anyone to ask for a mail-in ballot without having to provide a reason to justify getting it.

The deadline to apply to vote by mail is next Tuesday. Voters can seek an absentee or mail-in ballot by going online at: https://www.votespa.com/.