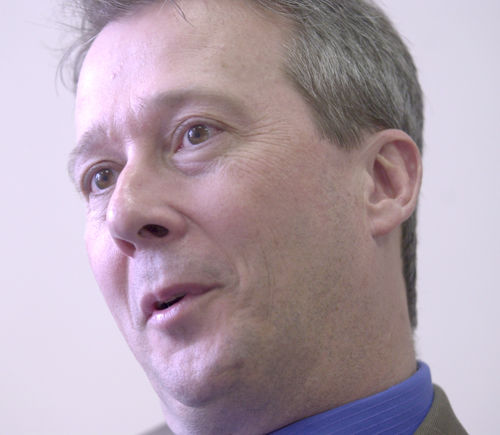 “Some employers said employees took it to heart,” Aldom said. “They said, ‘If you mandate me to do this, I’m leaving.’ ”

Calls to some of the businesses Aldom surveyed were not returned.

“Employees are split,” he said.

The mandate, announced Sept. 10, requires operations with a hundred or more employees to ensure that their workers are vaccinated or tested weekly.

“It wasn’t that these companies weren’t abiding by sanitation and COVID-19 safety rules,” he said, “but they don’t want to be mandated – and shouldn’t be mandated.

“It’s a terrible thing to put out on someone, especially with no information.”

Now, three weeks since Biden announced the order, there are still no answers to questions of when and how businesses are expected to comply, Aldom said.

The mandate also requires vaccination for all federal workers – and for contractors that do business with the federal government – as well as for health care workers.

“We agree that the vaccine is our best defense against this virus and have been strongly encouraging our staff to get vaccinated,” she said. “Right now, we are working to understand the details of this development and the impact it will have for employees and providers at our facility.”

St. Francis University in Loretto is among the top employers in Cambria County, and expects guidance to come mid-October, based on information from government sources of the National Association of Independent Colleges and Universities, said Erin McCloskey, St. Francis University vice president for communications and marketing.

“Until that guidance is received, there’s not a lot we are doing,” she said.

The campus has already supported several vaccination clinics on campus, she said.

The Cambria County Chamber of Commerce has not surveyed businesses on the issue, and President Amy Bradley said she hasn’t heard chatter from businesses one way or the other.

In Somerset, Aldom said the mandate has piled onto stress already dealt by the pandemic.

“It’s tough enough finding a work force,” Aldom said. “The hospitality and tourism industry went through devastation extraordinaire. Now you throw a mandate on top of that?”

Aldom said he’s forwarded the results of the Somerset Chamber’s survey to the region’s representatives in Congress.

Staff of U.S. Rep. John Joyce, R-Blair, did not respond to requests for an interview about the mandate.

U.S. Sen. Pat Toomey, R-Pa. issued a statement after the mandate was announced.

“Choosing the vaccine is the right choice for most of America,” Toomey said. “My family and I received the vaccine, and I encourage everyone medically able to make that same decision. Private businesses have the legal authority to impose vaccine mandates on their customers and or employees if they see fit. But federal government mandates, of dubious legality, will further alienate the skeptical.”

U.S. Sen. Bob Casey, D-Pa., said in a telephone interview that he knows some businesses agree and some disagree with the order.

“What I don’t quite understand is, what is the alternative here?” he said. “Just to keep the public health crisis going forward?”

Casey said he believes the mandate is among the most pro-business measures that can be taken to tackle the coronavirus.

“The complaints about this make no sense to me,” he said.

Casey said weekly testing is an option for businesses that don’t want to require vaccines.

“And, by the way, there is money available for that,” he said. “We provided city governments, state governments with a lot of money through the American Rescue Plan. There should be plenty of resources.”

He considered a notion some people may hold, that simply making the vaccine available for those who want it would be enough, and that those who don’t want to be vaccinated have no bearing on the health of people who choose to be vaccinated.

His answer echoed the Centers for Disease Control and Prevention, which says “the greatest risk of transmission is among unvaccinated people – who are more likely to get infected, and therefore transmit the virus.”

Additionally, the CDC says a vaccinated person can still get sick, though it is rare.

“But even apart from the direct impact, there are just a lot of people holding back the economy,” Casey said. “We need the economy to come back and you can’t come back in a robust way if you have tens of millions of people unvaccinated.”

COVID hospitalizations growing in region; rise in cases has slowed elsewhere in Pa

The number of people hospitalized for COVID-19 across the region jumped by nearly 30% over the past week.