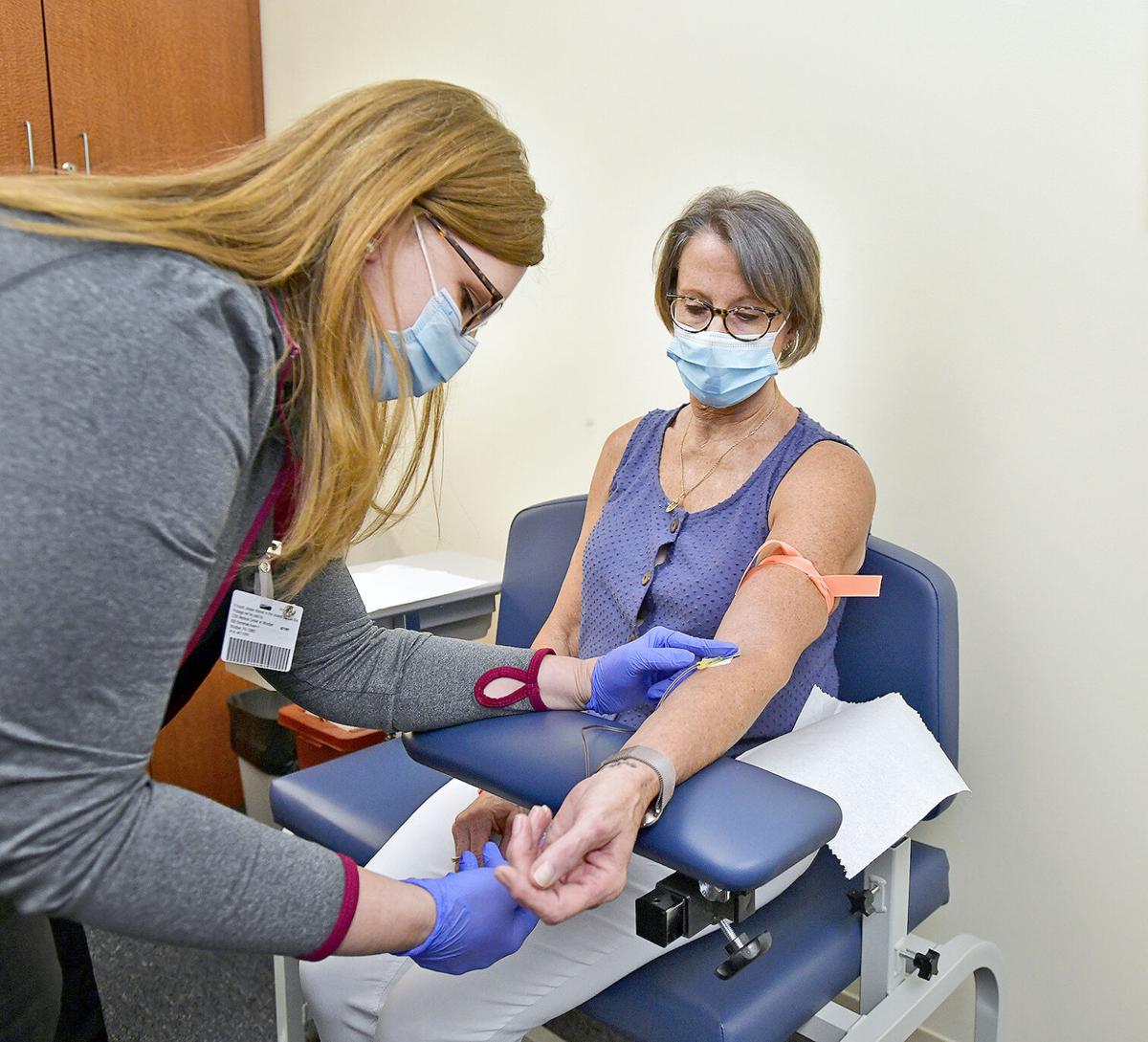 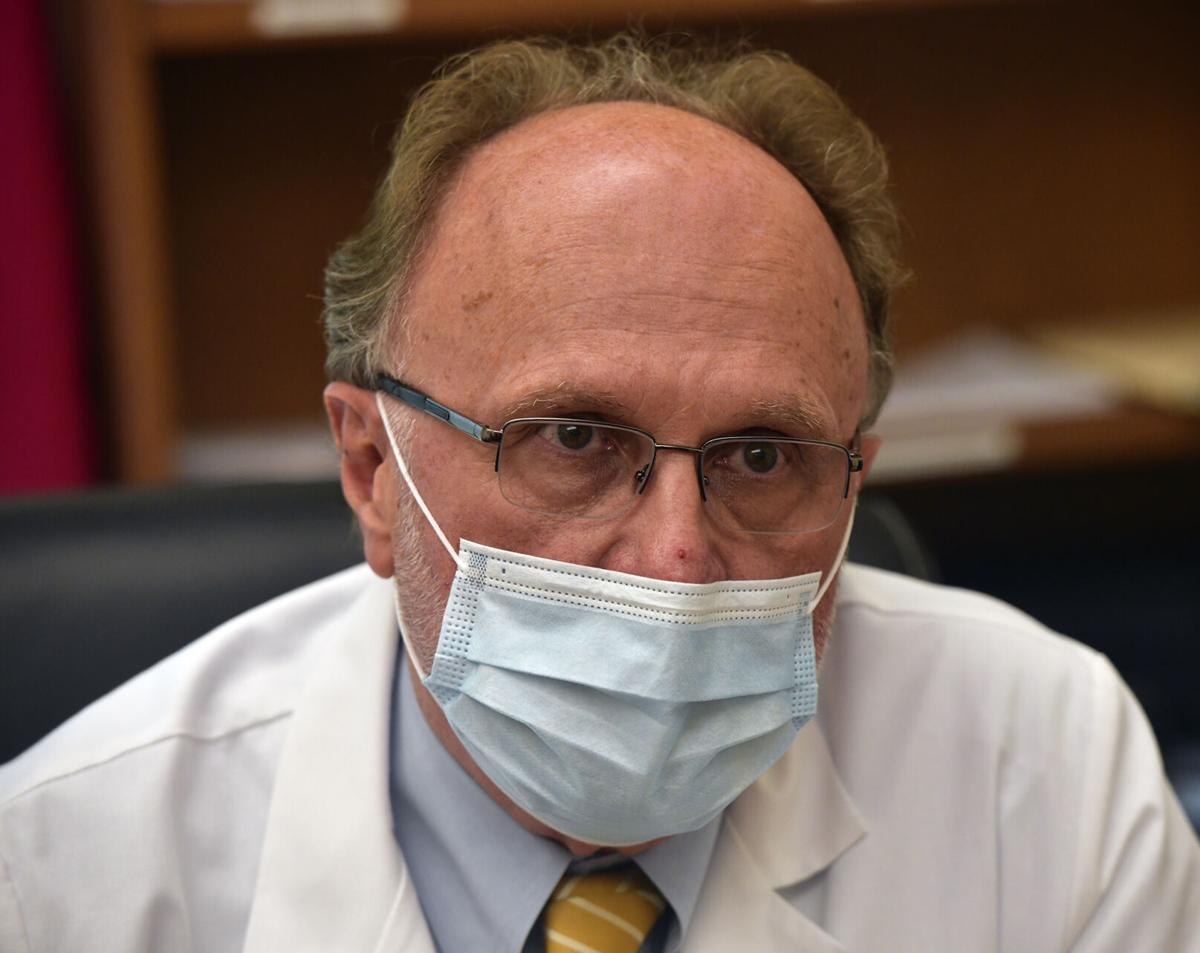 The antibody testing project is a collaboration of Chan Soon Shiong Medical Center at Windber and Chan Soon-Shiong Institute of Molecular Medicine.

At a Thursday morning press briefing to promote the state’s COVID-19 testing program, Secretary of Health Dr. Rachel Levine explained the differences between COVID-19 tests, including the antibody test that is being studied in Windber.

Unlike the diagnostic testing that has confirmed more than 100,000 COVID-19 cases in Pennsylvania, the antibody tests show previous exposure to the virus, Levine explained.

“Those are the tests of our immune response to the virus,” Levine said. “The clinical utility of the antibody test for each individual is not really clear yet. We don’t know as much about the antibodies as we’d like to.”

The antibodies are produced by the immune system to fight the virus, but scientists still don’t know how long they last or how well they protect against future infections, Levine said.

Those are the questions that Windber is studying, said Stella Somiari, senior director of the molecular medicine institute.

Participants are being tested every three months for at least a year to track the antibodies, she said Thursday during a press event at Windber.

“Do they still have that positive after three months? We want to understand how long this immunity lasts.”

Windber’s research project began in May with testing of hospital employees who volunteered. More than 200 have been tested.

On Thursday, Windber’s leaders announced the program is expanding to cancer patients through the hospital’s Joyce Murtha Breast Care Center.

Taunia Oechslin Girls Night Out Foundation is funding the tests for cancer patients through Joyce Murtha Breast Care Center at the hospital.

“That’s why they raise so much money every year for our patients,” Goins said. “If we can go ahead and do a study with our breast cancer patients, absolutely, it’s for the patients. That’s what they’re all about.”

Levine said the antibody test could provide information in population-based studies, noting that the Centers for Disease Control and Prevention is doing some research in that area.

Somiari said Windber is not currently part of the CDC’s work, but expects future collaborations.

“I think at some point, we all have to talk,” she said. “The data has to all come together so we can talk and compare.”

The antibody testing will not replace the diagnostic testing, known as the polymerase chain reaction or PCR test, Levine stressed. The diagnostic tests looks for active coronavirus DNA in the patient’s respiratory system.

Until a vaccine or a cure is developed, PCR testing will remain key in controlling the spread of COVID-19, Gov. Tom Wolf said at the Thursday morning briefing.

“We are continuing to build our testing capacity,” Wolf said.

“We need to do that because we know that rapidly identifying and isolating people who have been infected by COVID-19 is a key part of reducing the spread of this deadly disease.”

He recognized Walmart’s network of 13 testing sites, primarily in rural areas of the state.

“The issue is not just how many tests you have the capacity to do, it’s how accessible those tests are – how easily people can get to them.”

Statewide testing capacity has expanded from less than 8,000 tests a day in April to an average of almost 22,000 a day, currently. Wolf said the capacity allows for testing of about 4% of the state population each month.

“Here in Pennsylvania, we are doing what we can – everything we can – to expand our testing capacity, and get test results in the hands of the patients as quickly as possible.”

Wolf said the labs may be giving a higher priority to states with more significant surges, noting Pennsylania’s COVID-19 cases have stabilized, somewhat.

The state also reported 38 additional deaths, bringing the state totals to 116,521 confirmed cases and 7,282 deaths related to COVID-19 since the coronavirus pandemic hit Pennsylvania in March.

It was the county’s second consecutive double-digit report, apparently driven by new cases at the federal prison in Loretto. The Bureau of Prisons website on Thursday reported 40 cases among inmates, up from 31 cases on Wednesday and 12 on Tuesday.

Elsewhere in the region:

• Somerset had no new cases and remains at 127 cases and three deaths.

COVID-19 by the numbers

Pennsylvania had more than 115,000 cases and more than 7,200 deaths connected to the coronavirus outbreak as of Thursday. Here are some statistics on COVID-19 statewide and in our region:

– To view Pa. Dept. of Health maps and other information, visit: www.health.pa.gov/topics/disease/coronavirus/Pages/Coronavirus.aspx

Gov. Tom Wolf recommended Thursday that schools cancel fall sports, saying anything that creates a crowd is going to help the spread of coronavirus.