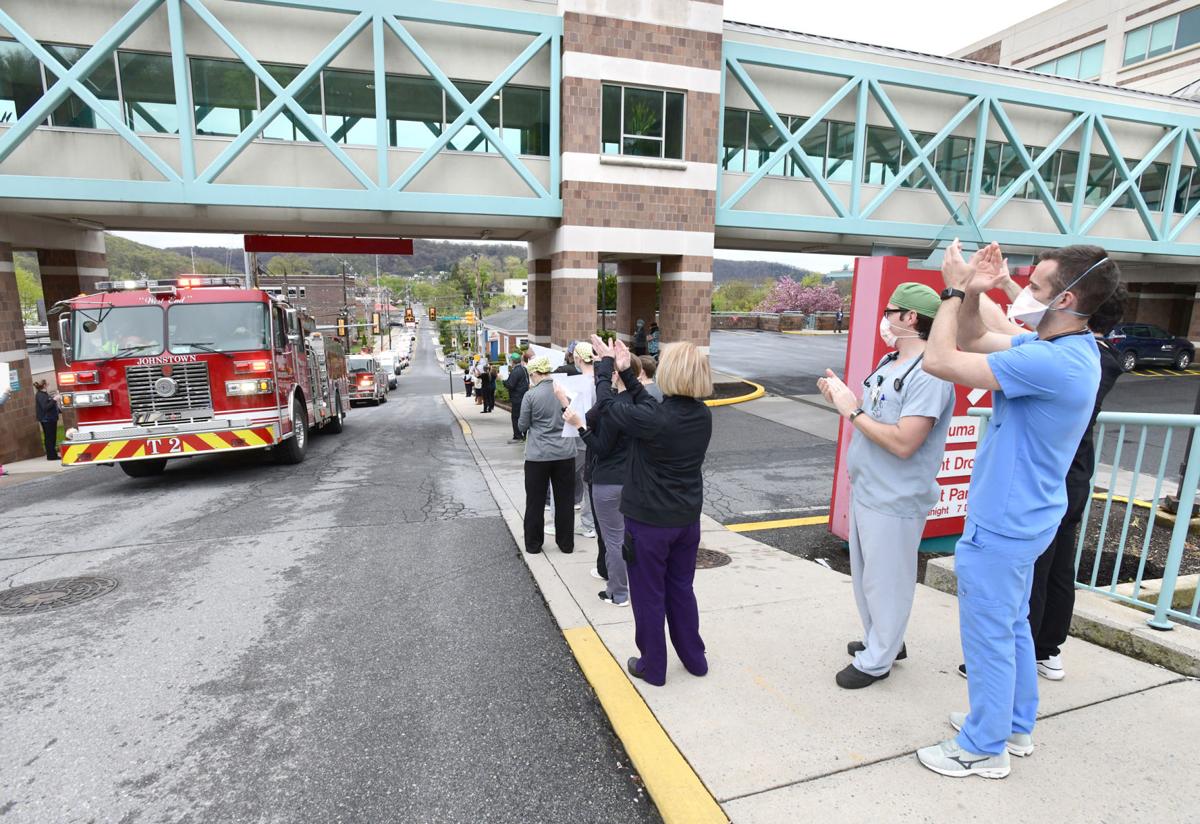 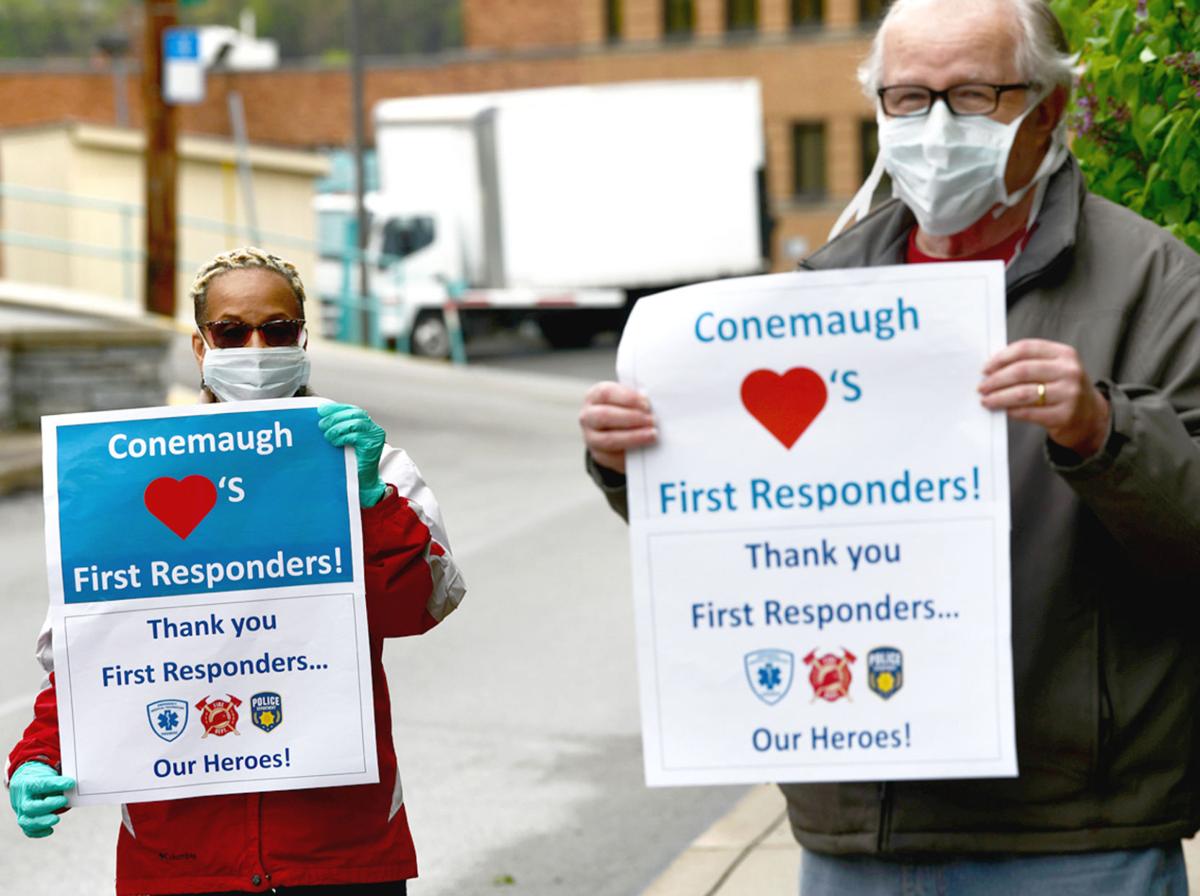 Johnstown Fire Department led the way Thursday as several emergency vehicles paraded up Osborne Street and around Conemaugh Memorial Medical Center to thank the hospital’s staff for their work during the COVID-19 pandemic.

“We all are busy, so it’s nice that everyone took the time out of their day to tell the nurses and doctors ‘thank you,’ ” Johnstown firefighter Jerry Hileman said.

He was the one who organized this act of kindness after seeing fire departments and ambulance services doing the same throughout the country.

EMS companies from around the Johnstown area and the fire department set up in the parking lot of Bishop McCort Catholic High School before driving onto Osborne Street to salute those at the hospital.

Lights and sirens filled the 8th Ward as more than a dozen emergency vehicles moved past the hospital and were met with clapping and cheers from Conemaugh employees.

Staff lined both sides of the sidewalk from Franklin Street past the emergency entrance with signs expressing thanks to the first responders for their work.

“I think this is great,” Conemaugh registered nurse Lisa Hoegg said. “We’ve worked really well together through the pandemic.”

Hoegg added that the hospital staff and first responders are in this together.

Louie Koharchik, a surgical technologist at Conemaugh, said he was surprised when he found out what was going to happen, but glad to see the support of everyone in the medical field.

“You see it around the country, and it’s really cool to see it in our community,” Koharchik said.

The initial plan was to have the emergency personnel line up on the fifth floor with signs to thank the hospital employees, Hileman said.

But due to social distancing guidelines and the weather, it was decided it was better to hold the short parade instead.

Bob Statler, Johnstown fire chief, said he was glad to be able to do this because he knows what the staff at the medical center have been going through with the coronavirus.

When Hileman suggested this idea, Statler said he told him to “run with it.”

“I think, to do this for the hospital, to show them that we’re all in this together, is great,” East Hills emergency medical technician Keith Swaltek said.