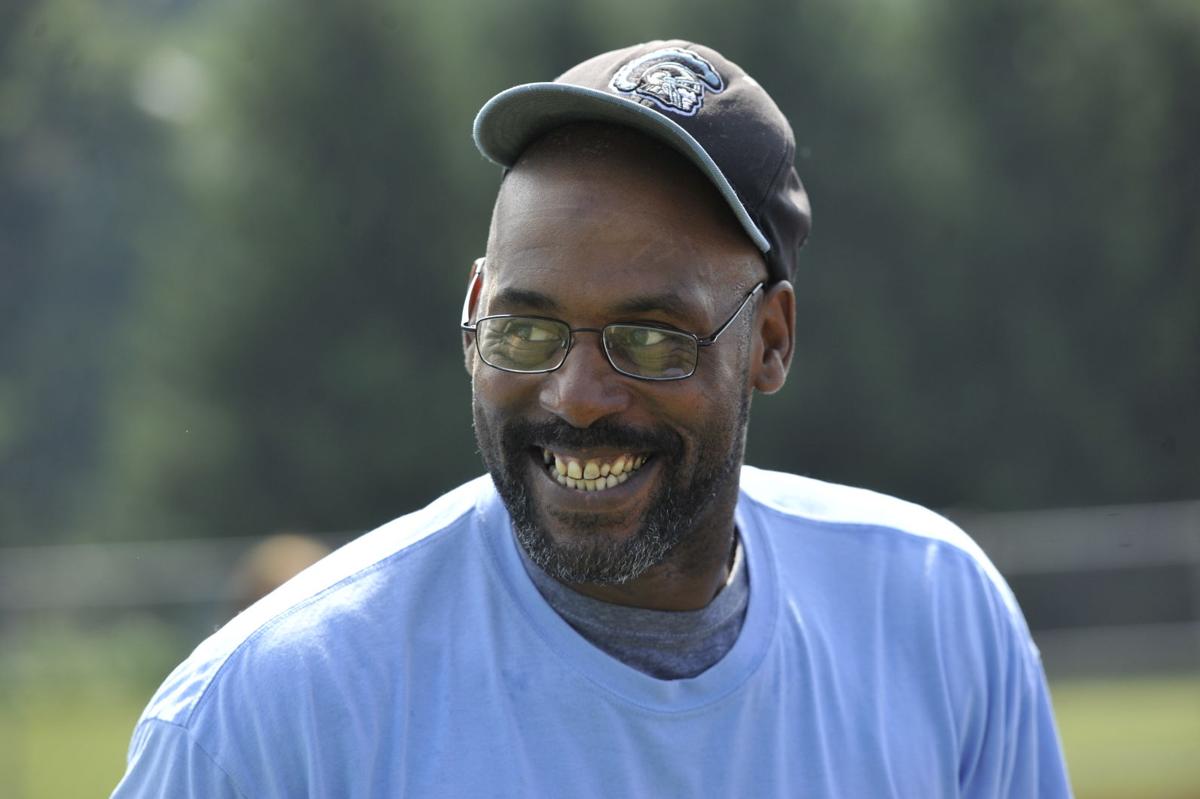 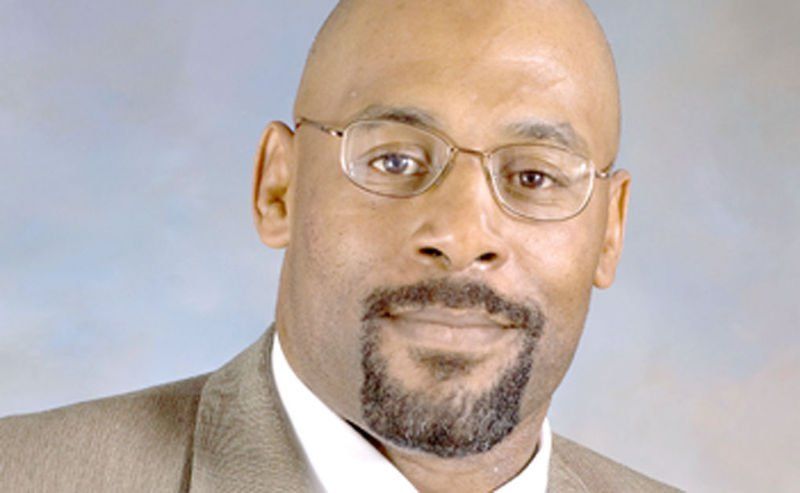 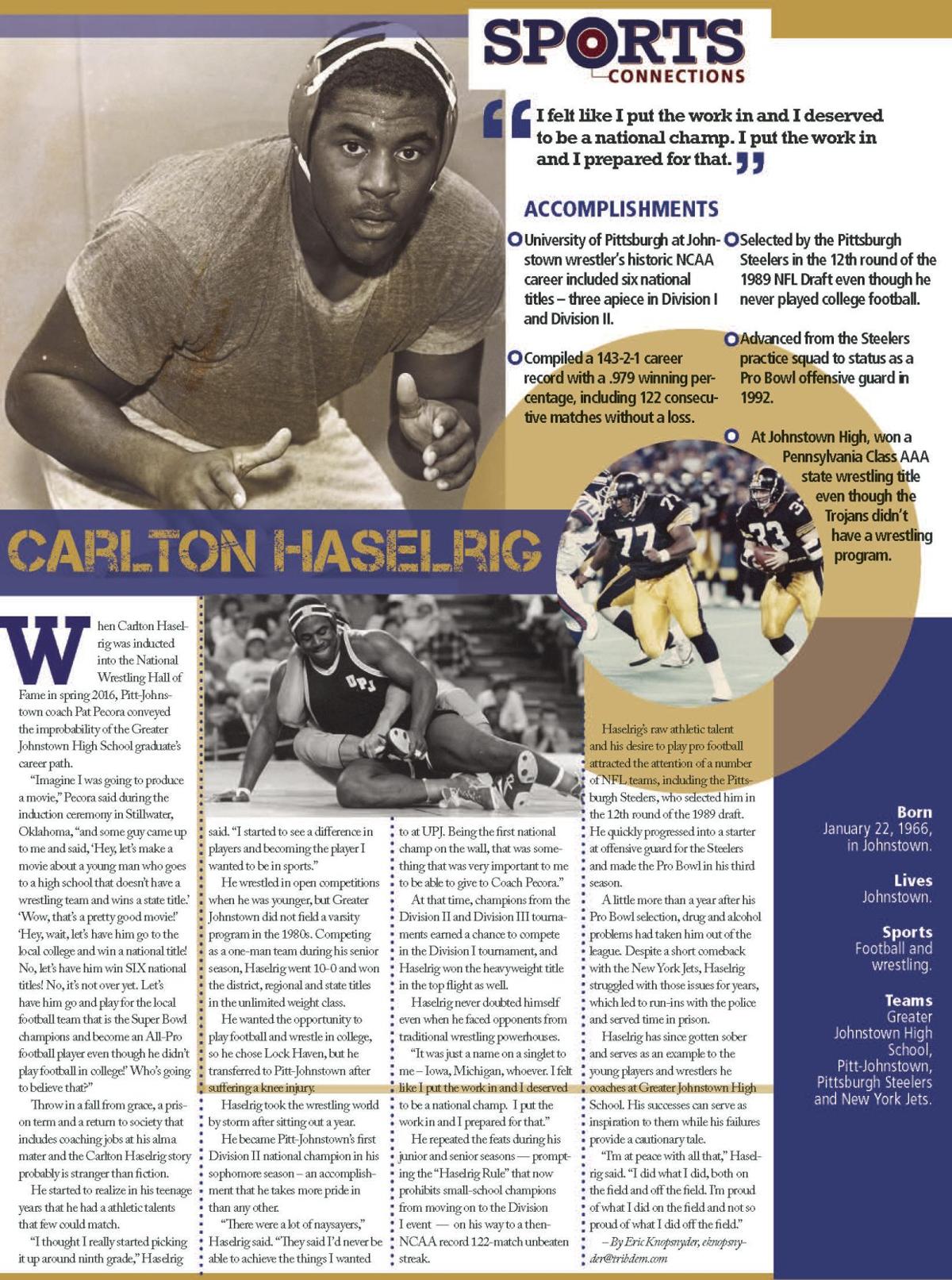 Haselrig, 54, collapsed at his Johnstown home at 8:15 a.m. Wednesday and was pronounced dead at 9:19 a.m., Cambria County Coroner Jeffrey Lees said. The coroner said the death is believed to be of natural causes; an autopsy will be conducted.

Haselrig, a Greater Johnstown High School graduate, achieved fame as a wrestler and professional football player in the 1980s and 1990s. He is a member of the National Wrestling Hall of Fame, the Cambria County Sports Hall of Fame and the University of Pittsburgh at Johnstown’s Athletics Hall of Fame.

“We are devastated by the loss of our husband, father, brother, uncle, nephew, cousin and friend,” his wife, Michelle Haselrig, said in a statement to The Tribune-Democrat. “He was my companion, my best friend, my everything. He was funny, kind, humble and dedicated. We will never fully recover from such a great loss, but are blessed to have family and friends to lean on during this difficult time.

“Thank you to all of those who reached out. We know that Carlton had a major impact on the community and understand that his passing is bigger than just us. We ask for privacy and respect as we navigate through this difficult time.”

Haselrig won a PIAA state wrestling title in 1984, even though Greater Johnstown High School didn’t have a varsity wrestling program at the time. Competing as a one-man team during his senior year, he went 10-0 and won the district, regional and state titles in the unlimited weight class. In recent years, he served as an assistant coach of the wrestling and football teams at his alma mater.

“Our hearts are very heavy today – throughout our entire school community,” Greater Johnstown School District Superintendent Amy Arcurio said Wednesday. “Our deepest sympathy goes out to his wife, children and the Haselrig family. This is a tremendous loss for our district and our entire Johnstown community. We have been blessed for many years by his selfless ability to give back to so many people, both young and old, as a mentor, friend and coach.

“If you had the pleasure of knowing Carlton, your life was forever changed. He is a true legend and will be missed.”

“There were a lot of naysayers,” Haselrig once told The Tribune-Democrat. “They said I’d never be able to achieve the things I wanted to at UPJ. Being the first national champ on the wall, that was something that was very important to me to be able to give to Coach (Pat) Pecora.”

Even though Haselrig hadn’t played football in college, his athletic talent caught the eye of the Pittsburgh Steelers, who picked him in the 12th round of the 1989 NFL draft. He played five seasons as an offensive lineman in the NFL – four with the Steelers and one with the New York Jets.

In 1992, he made the Pro Bowl and helped the Steelers to a division title. A little more than a year later, though, his struggles with drugs and alcohol knocked him out of the league. A biography published last year – “Giant Killer: The Carlton Haselrig Story,” by Kevin Emily – detailed Haselrig’s rise to fame, his struggles with substance abuse and his recovery.

Mark Pesto is a reporter for The Tribune-Democrat. Follow him on Twitter at @MarkPesto.
Gallery
featured top story editor's pick