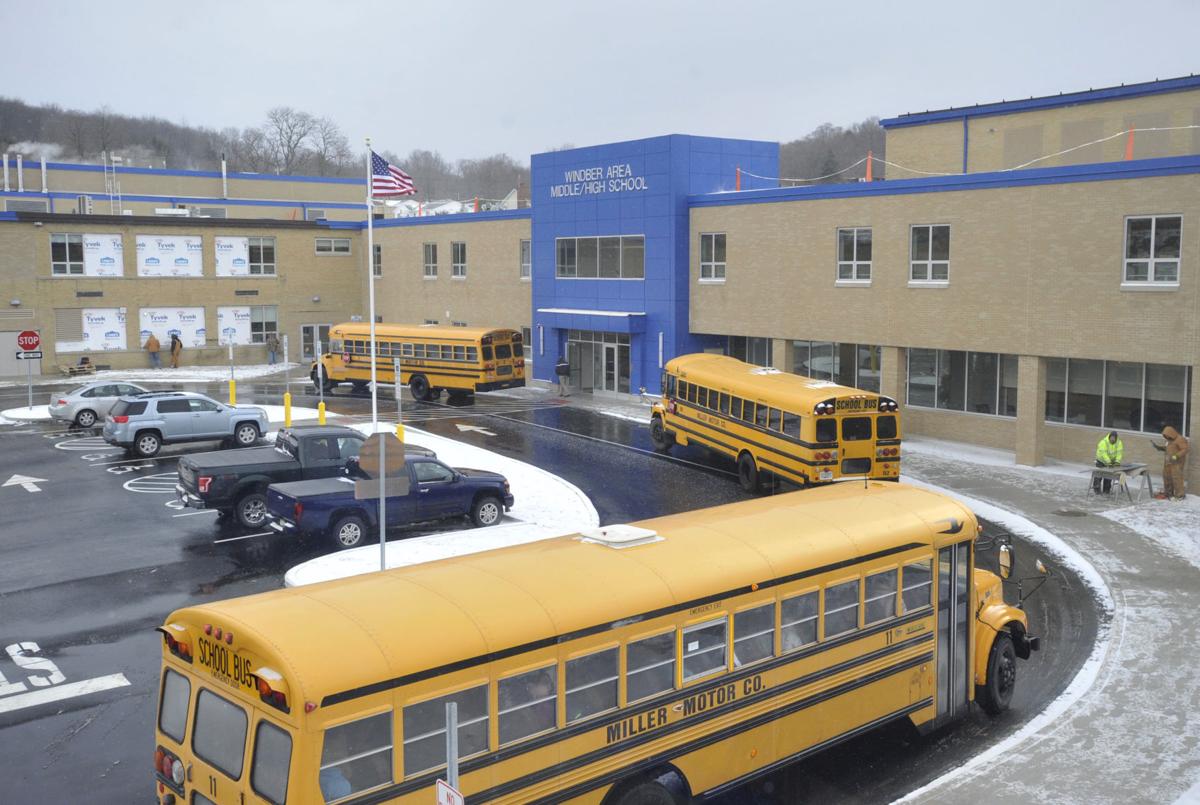 Windber Area High School principal Jason Hicks checks out the Windber coal cart that the students worked on this fall on Tuesday, May 5, 2020.

Windber Area High School principal Jason Hicks checks out the Windber coal cart that the students worked on this fall on Tuesday, May 5, 2020.

To Mason Waite, Windber Area High School’s Class of 2020 has always been a unique bunch.

So why shouldn’t they be the ones to break from decades of traditions to celebrate their final moments as seniors, he said Wednesday.

On May 28, Waite and 86 classmates will step out of their cars and trucks and walk to the front of Windber High School – one at a time – to receive their diploma covers, following a parade through town.

“We’re getting a unique send-off and I’m excited for it,” Waite, 17, of Paint Borough, said.

In a move driven by COVID-19 safety guidelines, the district paused plans for its traditional Windber Stadium event and developed a celebration that will instead mark the moment with a motorcade of students. With family members inside their vehicles with them, seniors will travel from Windber Recreation Park through the heart of the borough and then on to Windber High School.

Principal Jason Hicks said the campus will be dressed in Rambler blue and white.

At the school’s doorstep, students and their family members will be able to exit their vehicles. A professional photographer will greet them to capture the moment, he said.

Then, parents will continue on into their cars to watch their students step onto a small stage for conferment, Hicks said.

“We’ve got a few surprises for them,” he said. “They deserve it, after the hard work they’ve put in.”

Like students across the nation, Windber’s Class of 2020’s class time came to an abrupt halt in March.

the virus would also swamp graduation.

Next Thursday’s event will be different – “but we’ll still get to enjoy it. We’ll still be with our families and get to have a moment to remember,” she said.

Hanley, 18, and fellow senior Mason Toth – the class president – both credited the district with thinking creatively in putting together a special ceremony.

He said it will be special to celebrate his final moment as a senior as he waves at community members from the passenger seat of his father’s F-150 on Graham Avenue.

“And I’ll be with my parents – the people who’ve helped me get this far,” Waite said.

Hicks said the district’s students played a key role in planning the event. Administrators surveyed the class for ideas, then ran those ideas through the district’s solicitor to develop an unforgettable – yet state-compliant – ceremony, he said.

“Given the impact of COVID-19 on a national and local level, our students have demonstrated a resiliency,” Hicks said. “With that resiliency and their Windber pride, there isn’t any doubt this will be a memorable moment for all involved.”

In a letter to district parents, school officials said they hope to have a formal Windber Stadium ceremony later this summer, once COVID-19 gathering restrictions are lifted.

The state Department of Education doesn’t approve graduation ceremony plans. But guidance to schools indicates districts are to follow their county’s gathering restrictions.

“When closure restrictions are lifted by the Governor, schools may consider the appropriateness of holding such gatherings,” the Department of Education’s website states.

Conemaugh Township’s graduation ceremony plans will also include a vehicle parade across campus.

On June 3, graduating seniors will venture down Route 403 into Davidsville and then to the high school while escorted by Conemaugh Township police, district officials wrote.

Given that students will start their procession at the elementary school and end at the high school, they’ll be retracing the steps of a 13-year-chapter of their lives, Conemaugh Township Principal James Foster wrote.

North Star’s graduates are sticking with their tradition of marking the occasion at their high school football stadium – albeit from six feet apart and with guests in masks.

“We felt like we could pull it off in a safe manner and honor the seniors appropriately,” Kiesnowski said.

For Friday’s ceremony, bleacher seats have been marked off six feet apart.

Kiesnowski said the number of people invited by seniors has been limited as well and the school is trying to separate the attendants from the students to avoid large gatherings afterward.

The state’s COVID-19 guidelines for Somerset County limit gatherings to 25 people or fewer, in addition to encouraging people to remain six feet or more apart.

To Kiesnowksi, the district also is responsible for the needs of its students and the North Star community “and we think this is the best way to meet those needs while balancing the concern for health and safety.”

He said: “Graduation is not a mandatory process for receiving a diploma and families will make the final decision in what is in the best interest of their student and families.”

He noted that students won’t be taking their diplomas or shaking hands with the presenter this year.

Instead, each graduate’s name will be called before walking.

“We’ve tried to eliminate the personal contact of the ceremony,” Kiesnowski said.

All information is tentative and subject to change.

• North Star High School – Friday: The ceremony will be held at the high school stadium this year, with appropriate social distancing guidelines in place. The Boswell Volunteer Fire Department will sponsor a senior parade at 6 p.m. with the graduation to take place at 7 p.m. A link to a live stream of the event will be shared on the district website.

• Windber School District – May 28: A procession of student vehicles will move from Windber Recreation Park through downtown Windber to the high school where the students will exit one at a time for diploma conferment.

• Westmont Hilltop High School – May 29: Students will participate in a vehicle parade at 6 p.m. that will be led by Southmont, Upper Yoder and West Hills first responders from the junior-senior high school to the elementary school. A senior slideshow will be posted on the district website, www.whsd.org, after the parade at 8 p.m.

• Penn Cambria High School – May 30: Seniors in vehicles will parade through the St. Francis University campus and gather at the JFK Student Center to listen to a presentation to be broadcast on a local radio station.

• Forest Hills High School – June 2: Students and their families are welcome to visit the Silver Drive-in to watch a pre-recorded ceremony.

• Cambria Heights High School – June 2: Students in vehicles will parade through town from the high school in Patton to the Hi-Way Drive-in, Carrolltown, where a video presentation will be held.

• Richland High School – June 3: At 8:30 p.m. a graduation video will be shown at the Silver Drive-in on Scalp Avenue, Richland Township and an abbreviated version will be shown on WJAC TV at a later date.

• Conemaugh Valley High School – June 8: Following a parade through the district there will be a viewing of the pre-recorded ceremony at the Silver Drive-in beginning at 8 p.m.

• Greater Johnstown High School – June 18: Students will be honored with a video presentation that is going to be broadcast on WJAC-TV and a DVD copy will be provided to each member of the senior class.

• Shanksville-Stonycreek High School – Graduates will participate in individual graduation ceremonies which will be compiled into a video presentation for they and their families to enjoy.

Area school districts are considering a number of options for how to hold graduation ceremonies while following COVID-19 safety guidelines.