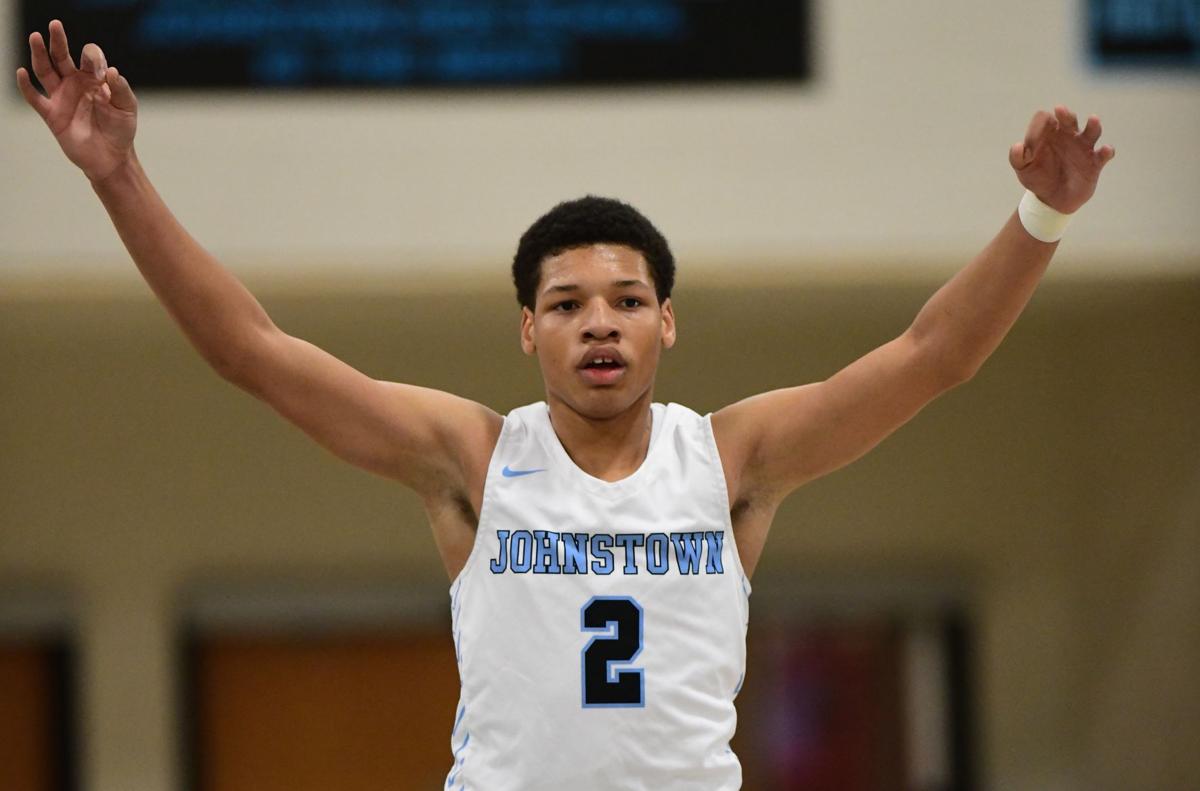 Greater Johnstown’s Izir Britt is shown on defense during a non-conference game against Tyrone, in Johnstown, PA., Tuesday, Jan.14, 2020. 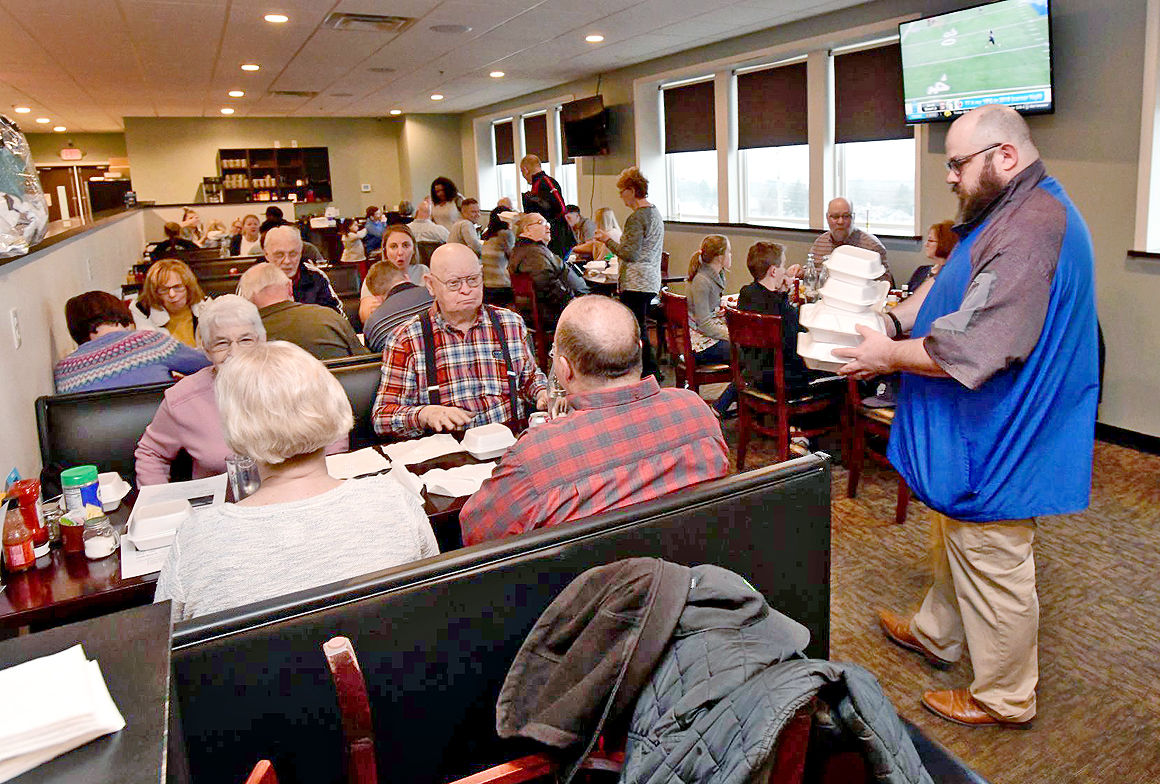 Greater Johnstown’s Izir Britt is shown on defense during a non-conference game against Tyrone, in Johnstown, PA., Tuesday, Jan.14, 2020.

Their son had spent more than a month as a patient at UPMC Children’s Hospital of Pittsburgh and finally returned home to Johnstown amid the turmoil of COVID-19 uncertainty.

These are difficult times, but Quan and Melissa Britt find plenty to be thankful for as Greater Johnstown High School senior basketball standout Izir (Izzy) Britt continues his long road to recovery.

“It’s a very humbling experience,” Quan Britt said on Thursday, a day after Izzy returned home. “Things that you don’t expect to happen, happened. A lot of these guys are talking about how the year has ended with all the stuff that is going on in the world. Unfortunately for Izzy, it ended a lot earlier than he wanted it to.

“For us to get the news that we were going to be able to bring him home and have a fair chance of getting him healthy again, as a parent, that’s all you can ask for.”

Izzy Britt spent 35 days at UPMC Children’s Hospital of Pittsburgh, at first with an unknown illness. Quan Britt said eventually it was diagnosed as hemophagocytic lymphohistiocytosis (HLH), which Johns Hopkins Medicine describes as a rare disease that occurs when the body's immune system does not work normally.

Quan Britt said it took additional time for physicians to learn the underlying cause of his son’s HLH.

“He was diagnosed with TMA (thrombotic microangiopathy). That was the underlying disease, TMA,” Quan Britt said. “They found that, which was awesome because that was the scariest part of not knowing. If they were not able to find out what the underlying disease was, there was a chance we never would have been able to bring our son home. They found it. They’re treating it.

“We’ll have to travel back and forth to Pittsburgh a couple times the next few months to make sure the immune system and his body are working.”

Quan Britt said Izzy was “having a pretty rough day” on Thursday and could not comment.

“He said to make sure you tell everybody thank you and how much we appreciate all the support,” Quan Britt said, referring to an outpouring of generosity from throughout the region as well as across the basketball community.

After the Trojans won the Laurel Highlands Athletic Conference championship game on a last-second 3-pointer by senior Gershon Simon, the Johnstown coach dedicated the game to Britt and planned to take the trophy to Pittsburgh until Izzy had a medical setback.

When Greater Johnstown won the District 6 Class 5A championship at Mount Aloysius College, Izzy Britt’s name was the first called during the medal presentation and Durham held the medal in the air as a large crowd cheered.

“It’s great news,” Durham said of the homecoming. “A couple days before they had released him, I had a chance to visit him and he was in great spirits. He was moving around, he looked strong, and he was getting better. I knew it wouldn’t be too much longer before he’d be able to come home. It’s exciting. I’m happy for him and happy for his family.

“Izzy just doesn’t play basketball for us at Johnstown,” Durham added. “His dad is a really good friend of mine and he coaches at Johnstown. It really is a family vibe and atmosphere. It was hard on the family. It was hard on all of us. But these are just moments to celebrate him coming home.”

The community also supported the Britt family throughout the long stay in Pittsburgh.

Area basketball teams raised funds for him and 50-50 raffles during some of the District 6 title games benefited Britt. A fundraising spaghetti dinner was held at Tulune’s Living the Dream Bar and Grill, bringing hundreds of people to the restaurant and raising more than $8,000.

“People really came together and rallied around us. It proved a lot for our city," Quan Britt said. "It’s terrible that Izzy had to go through what he’s going through for people to realize how much we can really come together and have each other’s backs through it all. It was great news for me and my wife to know we were able to bring him home.

“He’s still going to have a tough road ahead of him. He’ll have a battle in front of him. If we all stick together and get as knowledgeable as we can, we’ll be OK.”

Quan and Melissa are happy to be home with their son on the mend.

“My wife and I, we went to Pittsburgh and our whole plan was we weren’t coming back from Pittsburgh until we had our son in the car,” Quan Britt said. “It was a rough 35 days but we got through it. The doctors and everyone at Pittsburgh Children’s Hospital were awesome. Our community and our city are amazing. Without them I think this would have been a lot tougher.”

The Greater Johnstown boys basketball team will play for more than a defense of its District 6 Class AAAAA championship on Saturday.