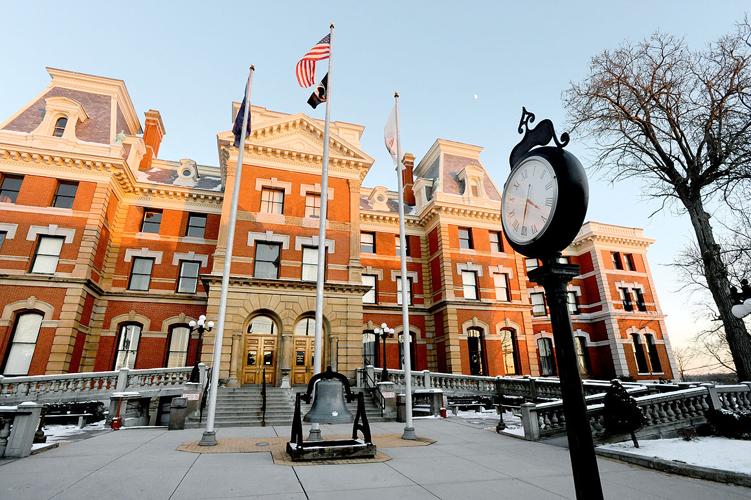 Cambria County Courthouse is shown in this file photo. 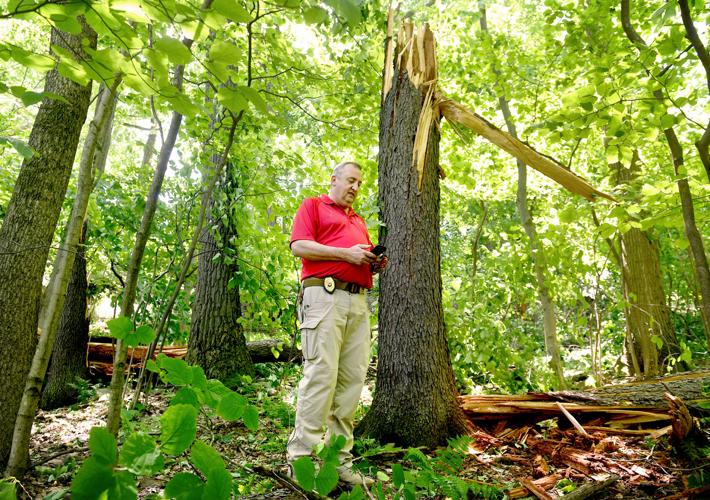 Art Martynuska, Deputy EMA Director, stands next to a fallen tree in Stackhouse Park where dozens of trees were toppled by Thursday's storm. Photo taken on Friday, May 24, 2019.

Cambria County Courthouse is shown in this file photo.

Art Martynuska, Deputy EMA Director, stands next to a fallen tree in Stackhouse Park where dozens of trees were toppled by Thursday's storm. Photo taken on Friday, May 24, 2019.

EBENSBURG – The number of COVID-19 cases is “still on the uptick” in Pennsylvania and in Cambria County, the Cambria County Board of Commissioners were told Thursday morning.

Art Martynuska, Cambria County Emergency Management Agency coordinator, briefed the commissioners during Thursday’s meeting on the county’s response to the to the ongoing pandemic. As of Thursday, Cambria County had 20 cases of COVID-19 and one death, according to data from the Pennsylvania Department of Health. There were 37,053 cases and 1,394 deaths statewide.

“To try and quantify a peak would be difficult,” Martynuska told Commissioner B.J. Smith, who had asked if and and when the pandemic would peak in Cambria County. “We are seeing encroachment from the east and the west.”

Martynuska said that at least five emergency services agencies in Cambria County have had a member or members test positive for COVID-19. He did not identify the agencies in question. Information on whether any first responders had tested positive for the virus in Somerset County was not available Thursday.

“It is starting to attack some of our emergency services,” he said. “We’re watching to see how that goes. As we know, if we lose one of those, that’s a big hole in the net.”

Based on his agency’s conversations with the Department of Health, Martynuska said one complication has been the “large influx” of people who left pandemic hotspots New York and New Jersey to come to Pennsylvania’s Lehigh Valley, which includes the cities of Allentown and Bethlehem. As a result, state resources had to be concentrated there, leaving fewer resources for other parts of the state.

The Cambria County Emergency Management Agency has started its second round of distribution of personal protective equipment to first responders in the county. Approximately 8,000 masks have been handed out so far, as have gowns, shoe covers and quantities of hand sanitizer. Martynuska expects more supplies to arrive “in the not-too-distant future,” he said.

Three ambulances in Cambria County have been outfitted to transport COVID-19 patients, Martynuska said – one in the northern part of the county, one in the central part and one in the southern part.

Ambulance calls have gone down during the pandemic, putting financial strain on EMS companies, according to Martynuska. For example, he said, West End Ambulance Service in Johnstown has had its number of calls go down 28%. So far, no EMS company has gone out of service, “but they are paring back their responses to manage their finances,” he said.

The commissioners voted Thursday to approve a $12,480 U.S. Department of Transportation Hazardous Materials Emergency Preparedness grant, to be used by the Cambria County Emergency Management Agency for training. That figure is up about $6,500 over the amount of last year’s grant, Martynuska said.

There are 1,369 new positive COVID-19 cases and 69 additional deaths in confirmed coronavirus patients across the state, the Pennsylvania Department of Health announced Thursday.