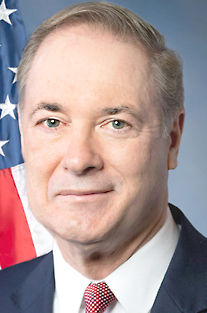 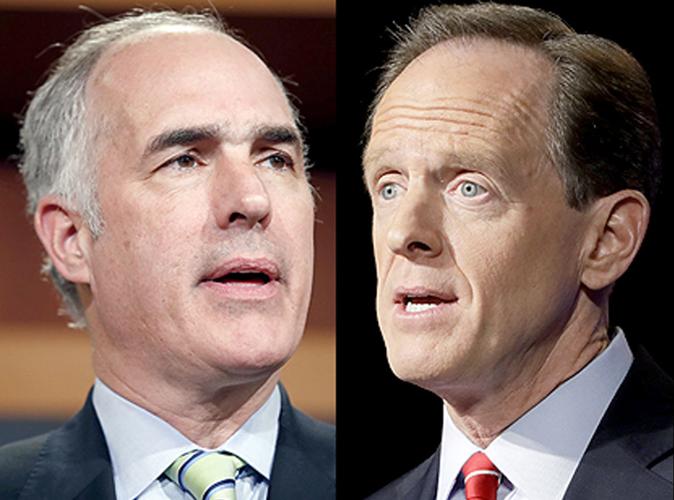 The coronavirus has almost certainly entered Pennsylvania’s 13th Congressional District, which stretches from Westmoreland County to Adams County and includes Johnstown, along with all of Bedford and Somerset counties.

At least 10 cases of the pandemic virus have been reported in Cumberland County, of which about half is in the 13th.

“We have to take it very serious,” said U.S. Rep. John Joyce, R-Blair, the district’s congressman, during a telephone interview on Tuesday.

But he is also aware of the threat posed by COVID-19.

“This potentially is the most aggressive virus that I have ever seen,” Joyce said. “The coronavirus – this specific type – is a brand new virus. We don’t know exactly why it’s acting the way that it does. We are seeing on a positive side that it does not seem to be very aggressive in children.”

With non-essential locations, including bars and restaurants, closed in Pennsylvania, small businesses are likely to endure hard economic times, according to Joyce.

“So it’s important to advocate for these individuals and to know that together it’s going to be a tough time,” said Joyce, a House Committee on Small Business member. “There’s no question about that. But we’re going to work hard to get through this. We’re continuing to legislate through this pandemic and we’re working on additional aid that should be forthcoming in the near future.”

Toomey, a Republican, said that high complexity labs in the commonwealth were being told it would take two to three weeks to get National Institutes of Health RNA samples that were needed for validating kits. The senator talked with Dr. Anthony Fauci, director of the National Institute of Allergy and Infectious Diseases, who helped expedite the process, so samples could arrive faster.

“The delay was not a malicious thing,” Toomey said during a conference call on Tuesday. “It was – I think – just a bureaucratic thing. It took Dr. Fauci to break through that internal bureaucracy and get that out.”

Toomey described the result as a “bottleneck,” as did Dr. Ronald Walsh, the clinical laboratory director at Health Network Laboratories/Lehigh Valley Health Network, who joined him on the conference call.

Walsh also mentioned other reasons for the bottleneck.

“To my understanding, the initial kits that were distributed by the CDC (Centers for Disease Control and Prevention), there were some technical difficulties when the state labs received those,” Walsh said.

“As a result of that, they had difficulty validating their own tests. Once that was determined to be the cause, new kits that were qualified and everything was in order there, they were sent out to the state labs, and then the state labs were able to begin testing. Then I think that the other part was that hospital providers had to present individual patients to the CDC and state labs to determine if testing was indeed necessary. I think that was restrictive as well.”

Toomey thinks most of the bottleneck has been eliminated.

“I want to be clear, it does not mean that overnight we can have unlimited tests,” Toomey said.

“We still will have constraints. We’re doing far more tests today than we could do a month ago. But we’re still quite a ways from where I think we need to end up. It’s a story of progress that has been made. But a lot more progress is necessary.”

An $8.3 billion coronavirus relief package has already been put into place.

But U.S. Sen. Bob Casey Jr., a Democrat, is calling for even more sweeping financial assistance to those affected by the pandemic.

“I am urging the United States Senate to pass the second coronavirus relief package today,” Casey said in a released statement.

“We have to ensure families in Pennsylvania and across the country that they will have paid sick leave, access to school meals and other essential resources in a time of great sacrifice. But it is also important to work on legislation beyond what we are considering today. I am fighting to include policies to help older Americans and people with disabilities in the third relief bill so that we can protect our most at-risk citizens.”

The Senate is considering multiple stimulus packages that could put an excess of $750 million into the economy.

“This is a difficult, uncertain time for our nation and we all have a responsibility to do our part,” Casey said. “The American people are taking up the responsibility of following CDC guidance to stop the spread of this pandemic. The Senate must do its part and pass the second and third relief packages quickly.”