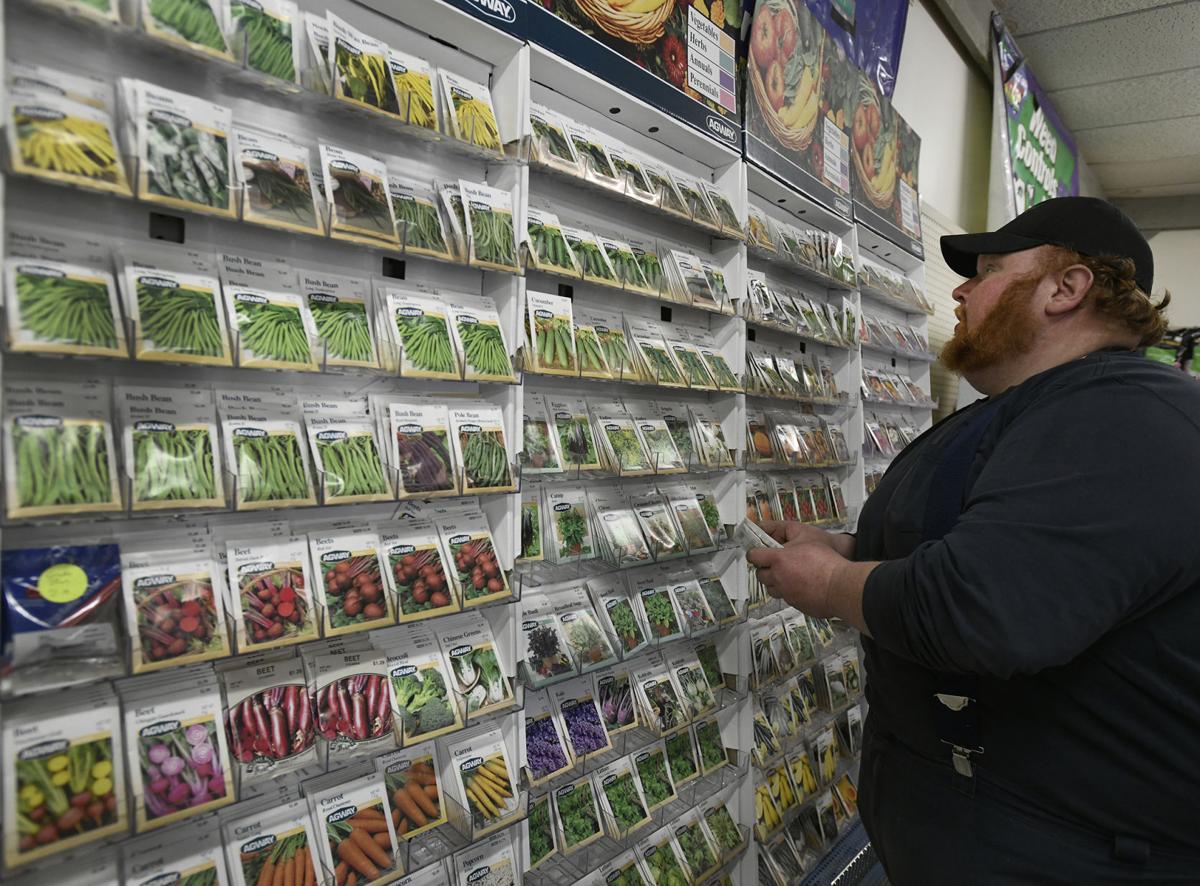 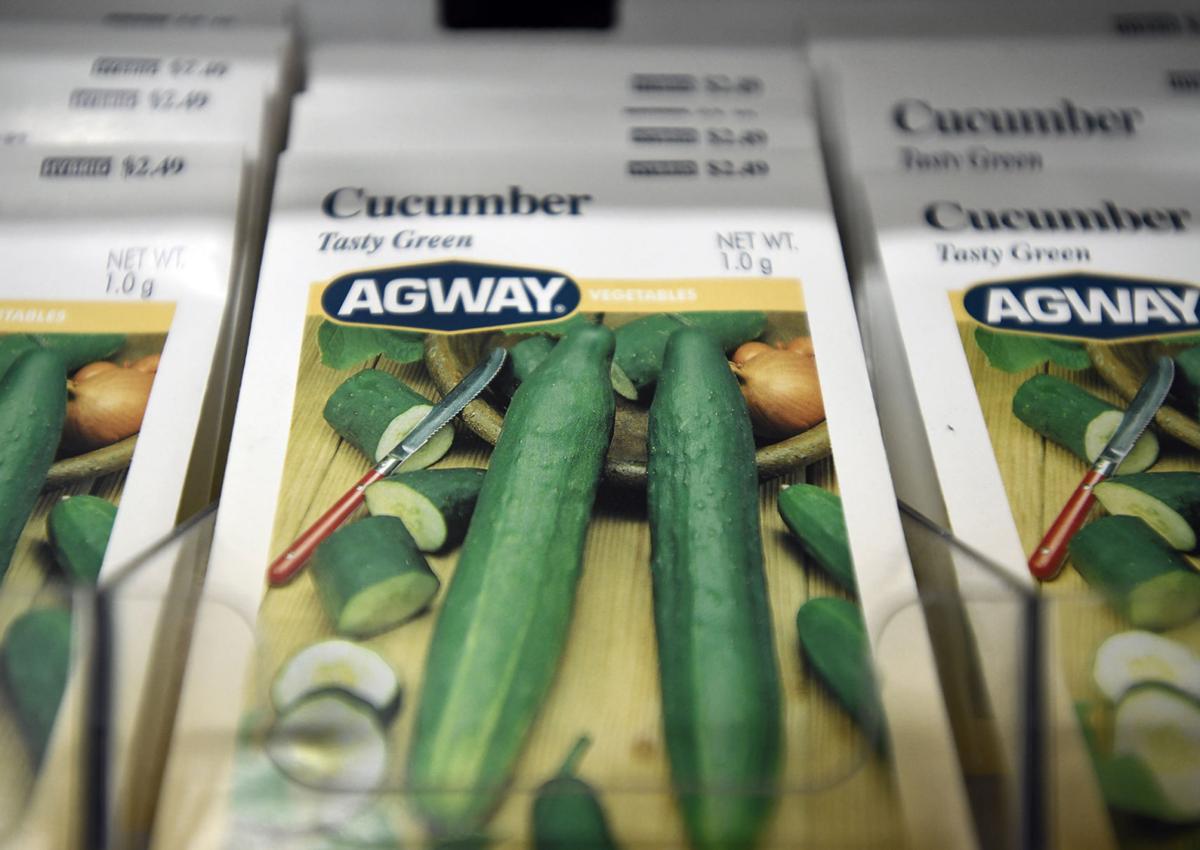 As the ongoing COVID-19 pandemic brings the topic of food security to the front of many Americans’ minds, some local gardeners are seeing a surge of general interest in their hobby.

“I’ve noticed a lot more people that are not even gardeners want to garden this year,” said Sue Konvolinka, a Johnstown-area member of Penn State Extension’s Master Gardener volunteer program, “and I think it’s for food security and sustainability, so they don’t have to go out to a market and they can know what they grew.”

Todd and Martha Faust, the owners of Todd’s Greenhouse in Windber, echoed that observation.

“Some of the people I work with are asking about gardens who have never asked about them before,” Martha Faust said. “They want to plant some things. It seems to be a quiet thing going on – that everybody has decided to garden this year.”

“It’s going to be a great thing for people to do,” Todd Faust added. “You’re going to see a lot more people doing flowers in their gardens to keep busy, and then you’re going to see people growing vegetable gardens, out of the security you have in the food.”

The Fausts said that some of their friends have reported trouble getting seeds in the past few weeks because of how much demand has increased. That’s a local reflection of a national trend. Some national seed companies have temporarily stopped some sales in order to keep up with the demand.

“Sales are brisk,” said Dan Thomas, owner of Thomas Mills and Windber Agway. “I think people are realizing that they’re staying home, so there’s a renewed interest in gardening.”

Thomas noted that production of seeds can’t be ramped up quickly in response to increased demand.

“One of the things about seeds,” he said, “is that you have to order seeds in the fall for the spring, so you try to anticipate your needs. Sometimes you buy too much, and sometimes you don’t buy enough. There’s very little opportunity to restock in season. The people who got early got what they wanted. People who came later sort of have to take what’s left over. It’s always been that way.

Officials at Bucks County-based Burpee, one of the country’s oldest and largest seed companies, have seen a huge increase in sales of vegetable seeds since the pandemic began, according to company spokesperson Gaynor Hannan. While company policy prohibits the sharing of exact figures, Hannan said, Burpee’s sales have been “incredibly strong” so far this year.

“We were growing at high double digits heading into March; over the last four weeks, we are up a multiple of that,” Hannan wrote in an email to The Tribune-Democrat. “The biggest increase has been in vegetables, which have taken on a greater interest among consumers, with consistent gains across all our channels of sale – both retail and online. Burpee has an ample supply of seed and the ability to continue to service orders.”

“Why not grow your own food?” asked Darci Sanner, the co-owner of Summer Smiles Honey Farm near Stoystown. “Now’s a great time for a number of reasons. A lot of folks have more time on their hands right now, and gardening does take a little bit of time. … The technology of today, the capabilities of starting seeds or buying plants and keeping them going, have made it very easy for folks.”

Sanner, who said more than 80% of what’s sold and consumed at the farm is grown in its one-acre garden, suggested that those with children should get them involved in gardening.

“This is a great thing,” she said, “to be able to provide your family with food … and to teach your children to do that so they have that tool for the future. There’s nothing like growing your own food – even if it’s a little bit.”

“I highly recommend making it a family event,” she said. “The more they do together, the more it’ll stay with those kids for life. I garden because I spent two weeks every summer with my grandmother, and when you spend two weeks with Grandma and she’s got a one-acre garden, you learn real quick how to weed – and you see the excitement of the harvest. Those are memories that stay with those kids.”

The gardens being started now in response to the pandemic have been compared to the “victory gardens” grown by millions of Americans during World War I and World War II. In order to help prevent food insecurity during the wars, Americans began growing food in their yards, public parks, sports fields and many other available bits of land.

By 1944, there were 20 million victory gardens in the United States, producing 40% of the fruits and vegetables that were consumed in the country that year, according to Penn State Extension. Popular crops included beans, beets, tomatoes, cabbage, carrots, kohlrabi, kale, lettuce, squash and Swiss chard.

In an April 3 blog post on the Penn State Extension website, Pamela Hubbard, a member of the Master Gardener program, wrote that the principles of victory gardening are still applicable today. She offered tips such as the following for those who are starting a new garden:

• Pick the sunniest spot possible; vegetables do best in full sun and should receive six to eight hours of direct sunlight each day. Put the garden near a water source and, if possible, near the kitchen door.

• Determine the size of the garden; some staple crops can be grown in relatively small areas, and the garden can be expanded next year if necessary.

• Remove the existing sod, spread compost over the soil and loosen the subsoil with a garden fork. (Alternatively, Sanner suggested preparing a new garden plot by smothering the existing grass with newspaper.)

• When deciding how many plants you need, consider how much produce your family can consume.

• Follow the suggested sowing and planting dates on your seed packets.

Hubbard also offered tips for maintaining social distancing while gardening, including giving each family member a different space in the garden, having several sets of basic tools so that each person can use their own and disinfecting those tools before and after use. Those tips can be found online at www.extension.psu.edu/stay-home-and-garden.

For those who are just starting out, Konvolinka and Sanner both suggested “starting small” the first year by growing a few vegetables in containers, rather than digging up a half-acre plot that might prove too difficult to maintain.

The gardeners also cautioned that many plants can’t be put outside until the danger of frost has passed, which around the Johnstown area usually happens in mid- to late May.

“You can’t rush the season around here,” Konvolinka said.

On Friday, the Pennsylvania Department of Agriculture issued guidelines for keeping community gardens open with precautions during the pandemic.

Agriculture Secretary Russell Redding called community gardens “an important piece of our commonwealth’s food and agriculture system” and said keeping them open “is critical to further curbing food insecurity in the wake of COVID-19.”

The guidelines included the following points:

• Garden leadership should notify all members of new garden protocols.

• Signs should be posted restricting access to only those who are healthy to protect the well-being of all volunteers and employees.

• If there is a shared tools library for gardeners, leadership should establish a protocol for sanitizing tools after each person’s use with EPA-registered disinfectants.

• Gardeners should practice social distancing with at least 6 feet of separation at the garden site and avoid gatherings of people to reduce the risk of exposure during off hours.

• High-contact surfaces such as locks, gates and tools should be disinfected.

“Pennsylvania’s community gardens will play a key role in supporting communities throughout COVID-19 mitigation and recovery,” Redding said. “This pandemic has brought with it a real awareness of where our food comes from, the intricacy of the system. Providing a way for the most local food sources to continue is quite literally essential.”