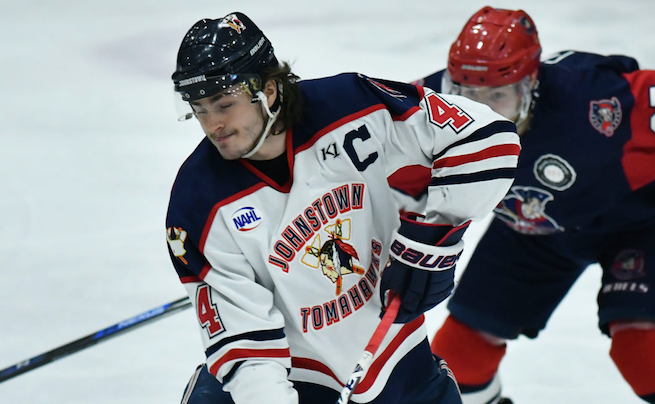 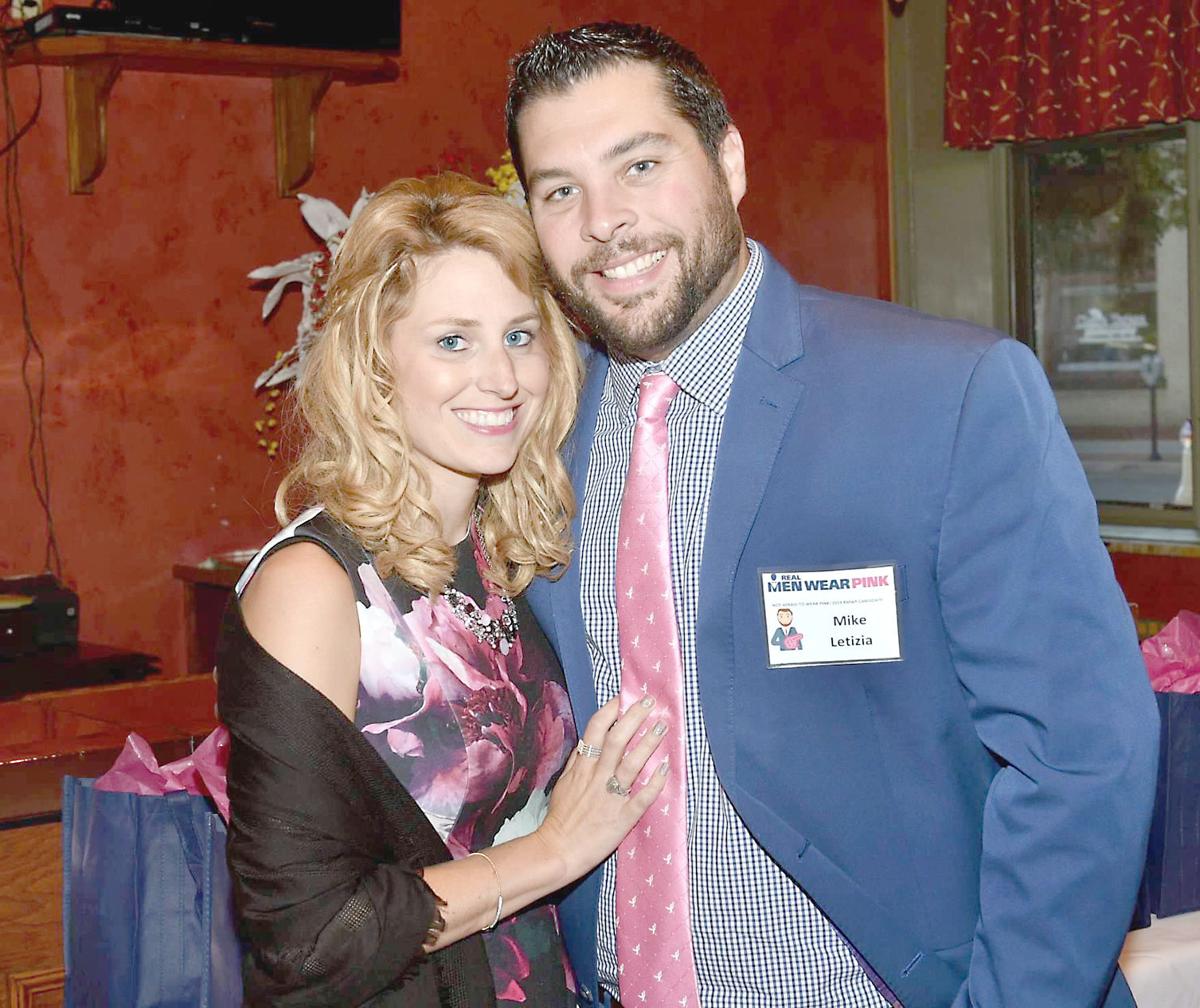 After 3 1/2 months, Chris Trouba finally was prepared to rejoin the Johnstown Tomahawks' lineup for a pair of games at 1st Summit Arena @ Cambria County War Memorial this weekend.

The fourth-year defenseman and team captain has been out since breaking a vertebrae in his neck during a collision in a Nov. 23 game.

Adding to the impact of his return, the Tomahawks planned to honor Trouba with a bobblehead on Saturday night.

But Thursday, Trouba and the Tomahawks learned his return is on hold indefinitely.

The North American Hockey League announced that, effective immediately, all regular-season games have been "paused" until further notice due to concerns about the coronavirus.

"It wasn't a great feeling, but at the end of the day it's just hockey," Trouba said of a precaution that halted the surging Tomahawks' season. "Things are a lot bigger. Keeping people safe and healthy is priority No. 1 compared to playing a hockey game."

NAHL Commissioner Mark Frankenfeld released a statement about the decision:

"This is an unprecedented time and situation. First and foremost, we want to be sure we are doing what is best for the hockey community: Players, teams, fans and officials. In the past 24 hours, it became clear that we needed to follow a path that was consistent with what has transpired in the hockey world, particularly with our partners at USA Hockey, the NCAA, the NHL and the USHL.

"We will continue to monitor the situation daily with everyone involved and we understand that given the current landscape, things could change at any moment. Our No. 1 goal is to resume play as soon as possible, but only when it is safe for all of the parties involved. The NAHL Board of Governors will reconvene on a conference call on Friday to discuss further action."

'In a waiting game'

Johnstown has one game in hand over the Titans. The Tomahawks have won eight straight games and nine of their past 10.

The Tomahawks were to host the Wilkes-Barre/Scranton Knights on Friday and Saturday. Johnstown has five home games and nine regular-season games remaining on the schedule. The Tomahawks already have clinched a berth in the Robertson Cup playoffs.

"It's obviously disappointing from a competitive standpoint to know that your season is at a halt, but you understand the decision," Tomahawks coach Mike Letizia said. "This is something we've never seen before. The way it's affected the sports world and society as a whole, we have to think of our players, our staff, our team and everybody who who we come into contact with.

"Right now, they're pausing immediately. At this point it's kind of a day-by-day thing. I'm not sure how long it's going to go."

Letizia said the plan is for the Tomahawks players to remain in Johnstown, at least in the early portion of the "pause."

'Assumed we were next'

While the stoppage is possibly unprecedented, the players had been bracing for such news.

"We saw what was going on with the NBA, the NHL and then the USHL cancelled and we assumed we were next," Trouba said of professional and junior leagues that stopped play due to COVID-19. "We'll probably hang out as a group of guys. We'll keep everything mild and easy and try to bring everybody together.

"It's a hard time. But we've still got hockey to play – hopefully."

The coach understands the importance of decisions made by the NAHL, the NCAA, MLB, NBA and NHL. According to the Centers for Disease Control, older adults and people with chronic health conditions are at risk of for serious illness related to COVID-19.

"To be completely honest with you, over the last 24 to 48 hours, my concerns were greatly increased," Letizia said. "I have two young kids. My wife has a compromised immune system. My dad is a transplant recipient with a depleted immune system. This is close to my personal side.

"I have 23 players and staff I work with every day. We have to try to prevent (the spread of coronavirus). As much as I'm competitive and love this game, there are things unfortunately bigger than sports."

The PIAA Board of Directors suspended the basketball state championship tournaments, and the boys and girls swimming and diving championships for at least two weeks due to concerns about the coronavirus.