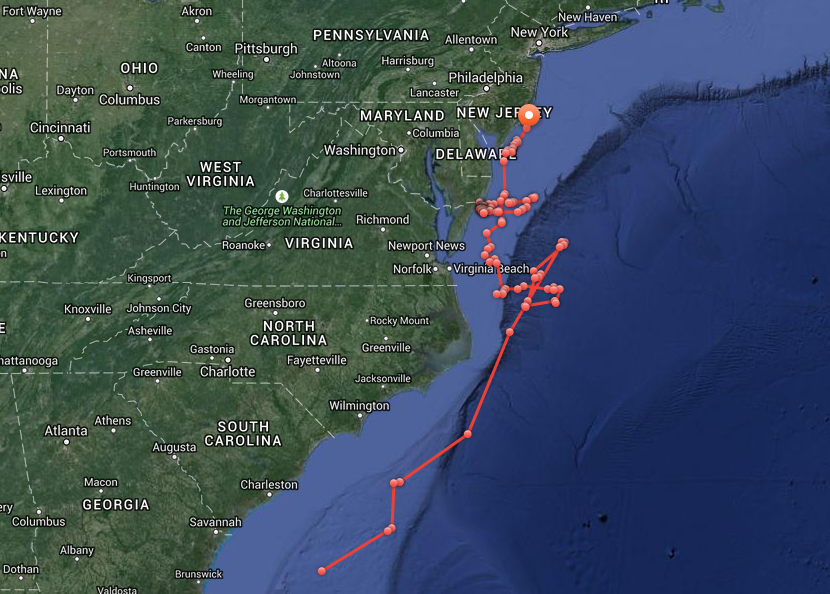 OCEARCH tracks (and tweets) Mary Lee's location. Here's how she spent most of April. 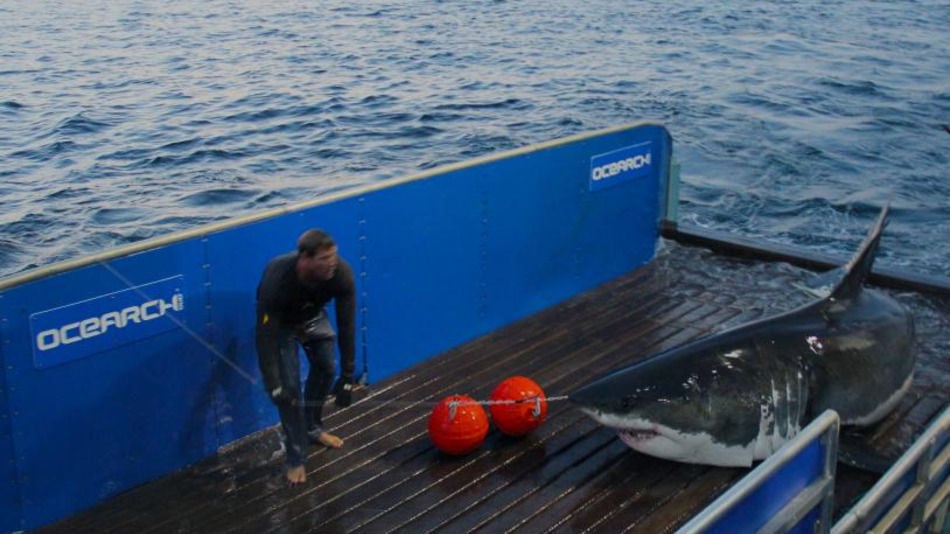 OCEARCH tracks (and tweets) Mary Lee's location. Here's how she spent most of April.

Just when you thought it was safe to go back in the water, you checked your Twitter timeline and saw that a great white shark was tweeting about the Jersey Shore. Not the MTV reality show—the actual beaches of New Jersey.

That's where 3,456-pound Mary Lee was hanging out on Friday. Earlier in the week she was feeling social off the coasts of South Carolina, North Carolina, and Maryland.

We know that thanks to global shark monitoring group OCEARCH, which tagged the 16-foot-long shark off of Cape Cod in 2012 and tracks her whereabouts up and down the eastern seaboard. When Mary Lee gets close enough to the surface, the tracker pings a satellite which splashes Mary Lee's location all over the Internet in something pretty close to real-time.

Though it's not officially affiliated with OCEARCH, the Twitter account @MaryLeeShark uses that data to engage with its more than 23,000 followers.

Mary Lee isn't the only exotic sea creature to make waves in social media this year.

In January, the internet was buzzing about an electric eel at the Tennessee Aquarium in Chattanooga that literally powered his own Twitter account.