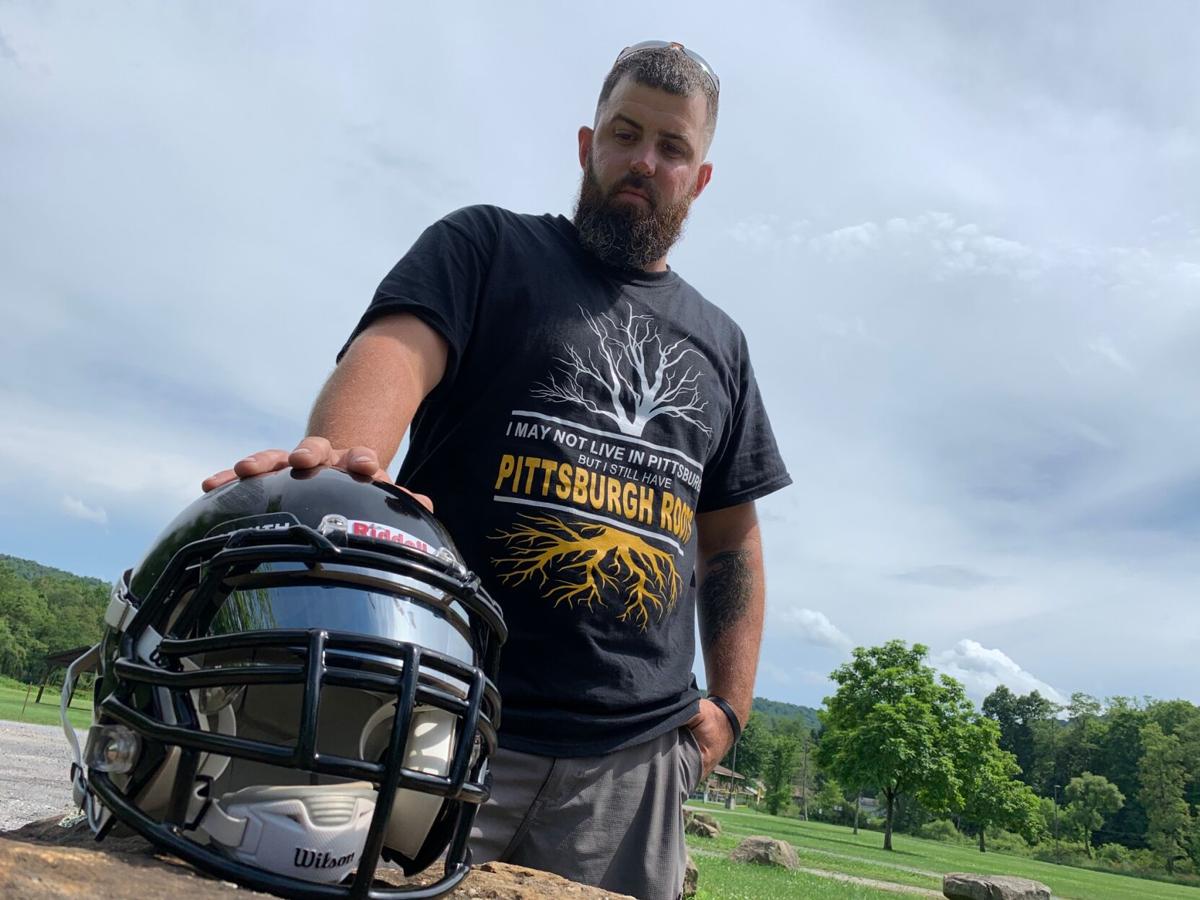 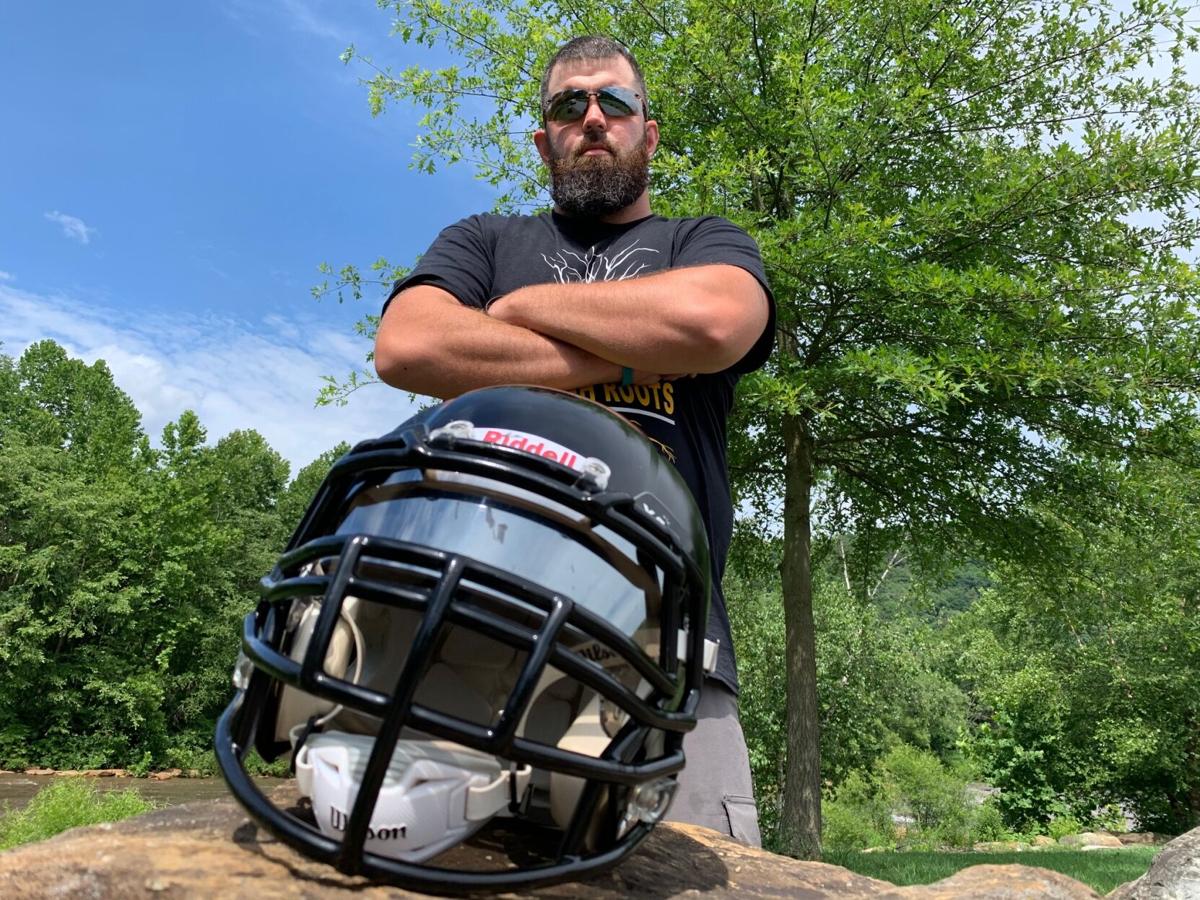 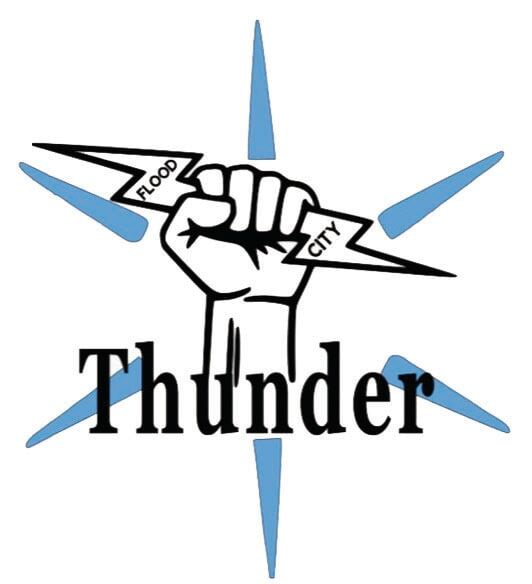 JOHNSTOWN, Pa. – When Jace Updyke takes the field for the Flood City Thunder's home opener Aug. 1, the moment will be more than just a second chance to play the game he loves.

Stepping onto the field will offer another reminder that there's life after heroin addiction – and that everyday miracles happen, the Johnstown native said.

For Updyke, many of the 13 years stacked between his days playing Division III college football for Thaddeus Stevens College and his place with the new semi-pro team were lost to a lifestyle driven by, or dependent on, the powerful drug.

Heroin use left him homeless at one point, in jail at another and on newspaper headlines after a relapse drove him to steal 10 televisions from a Somerset County department store in 2017 to support his habit, he said. He lived in Cumberland, Maryland, at the time.

"If you Google my name, the first thing comes up is a mugshot – a horrific picture of me," he said. "I don't want that to end up being my legacy."

Today, Updyke is in active recovery, adding on days to his two years and three months of sobriety. Before heading to his full-time job in Somerset every morning, he said he wakes up before 5 a.m. to tend to his burgeoning Brothersvalley Township farm.

When he isn't on the practice field for his return to football, he spends time sharing his story to groups of men and women who are struggling to stay sober.

'Wanted to be numb'

In group sessions, Updyke is able to reflect on years of poor decisions he made in life to tell recovering users how far he's come.

In college, football was one of two passions, he said.

The other, partying, would lead him to a decade of drug dependency, Updyke said.

"Once football ended, weekends were all about having fun," he said. "But it got to the point that my weekend never stopped. Friday nights would stretch into Tuesday."

First it was painkillers.

For years, Updyke said he was able to convince himself he didn't have a problem, because he had a steady job.

But all of that changed after he switched to heroin.

He said he started selling drugs to support his habit until he was arrested in 2012 and placed on house arrest.

That enabled him to kick his habit, for a time – but said he didn't know enough or have the right support to stay clean.

"After my Dad committed suicide, I didn't know how to deal with it," Updyke said. "I just wanted to be numb."

Over the three years that followed, he was in and out of jail on other drug-related charges or probation violations.

"At one point, I was homeless, living under the bridge behind Bishop McCort (Catholic High School in Johnstown)," he said.

Updyke said he reached a point where he was sick of the life.

It took prayer, a second stint at rehab and the Somerset's Drug Treatment Court's willingness to give him a second chance, he said. Updyke also credited a healthy, supporting relationship with his now-girlfriend, Emily, to remind him "there are people who care about me."

"I reached the point I realized there was something out there greater than me," he said, noting that his mind now turns to his morning prayer when he wakes up each day instead of where he'll get his next dose.

Updyke said he continues attending support groups and talking to former counselors when he needs an understanding ear.

They also have five dogs and two rescue turtles, he said.

'Show up every play'

Come game day, he'll have a team of "brothers" relying on him, too – including the quarterback (and coach) he'll be snapping the ball to every offensive down, Matt Speed.

"I'm the old man on the team," said Updyke, who lines up at both center and linebacker. "I told them I wanted to be the equipment manager, but they wouldn't let me."

Instead, they named him a captain – an unexpected honor for a guy who was down to 165 pounds just a few years earlier.

"I'm just going to let my actions speak for me – show up every play and show them if a 33-year-old guy can do it, so can they," he said.

Flood City Thunder owner Georgianne Matava described Updyke as a leader on the team – and said there's others like him who are now in recovery or at a crossroad in their lives.

Matava hopes their love for football, the strict schedule and camaraderie will help enable them all to turn the page to new chapters in their lives.

When 'the miracle comes'

Earlier this month Matava watched one player catch a pass for a score during practice and emerge from the end zone with tears in his eyes.

When she asked him why, he responded that in the celebratory moment, he realized: "I never knew family until now."

It wasn't easy starting a semi-professional football team, she said – "But this is why I did it."

Updyke said he hopes the community will begin to see the victories, too – both on and off the field.

"Hopefully we can spark a fire,” Updyke said.

That is a similar message to the one he's delivered to recovery groups in Zoom web meetings in recent weeks.

It's never too late to change the narrative, he added.

"If you're sick of the life, there's people out there who can help you ... even if you've failed before," Updyke said. "Don't quit before the miracle comes. If you stick around long enough, good things will happen to you."

• What: Semi-professional 8-on-8 football team.

• Where they play: Sargent's Stadium at the Point.