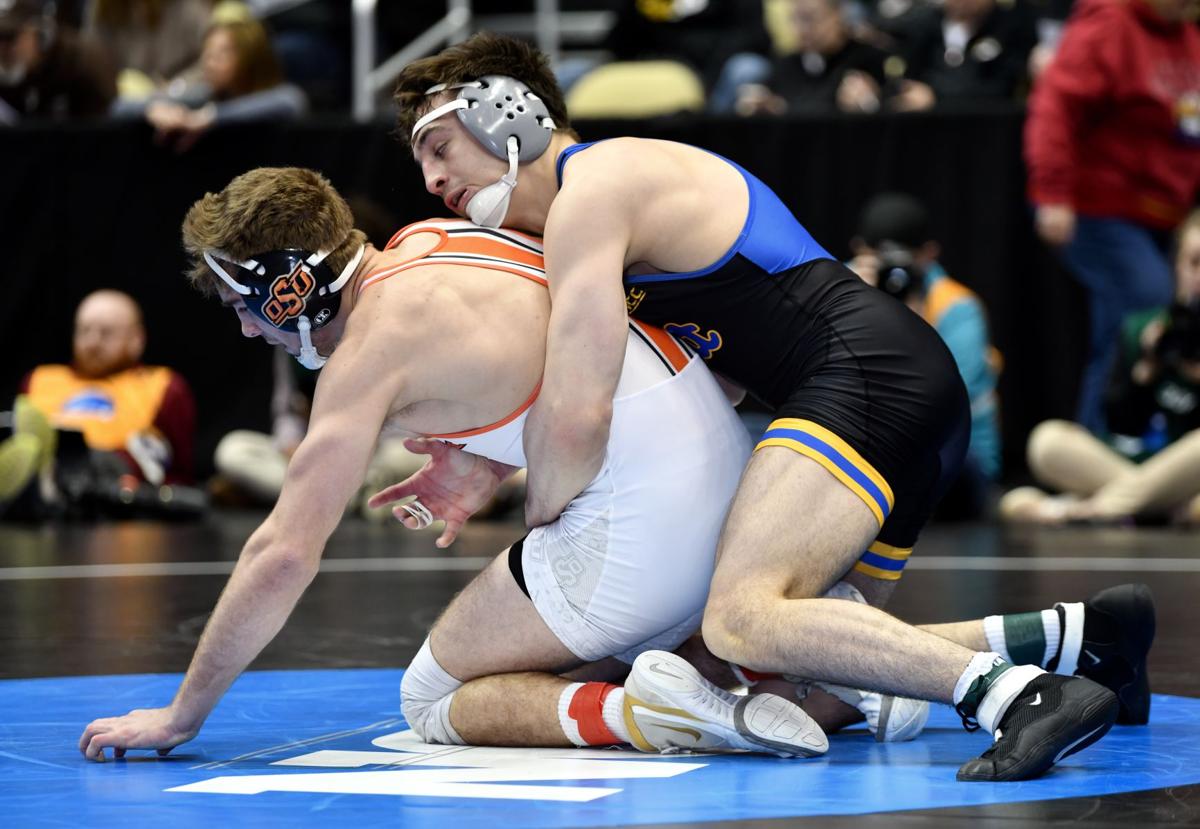 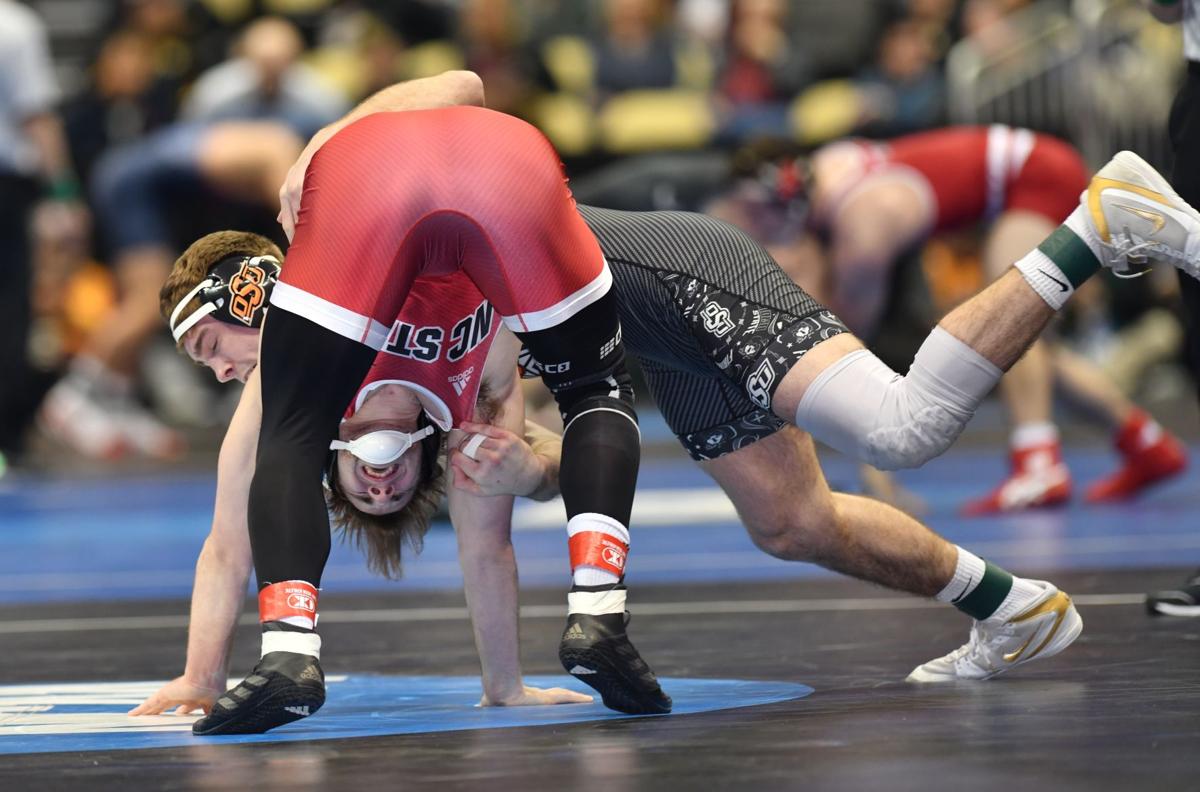 PITTSBURGH – It's been an up-and-down season for Dakota Geer – literally.

The Franklin High School graduate yo-yoed between 184 and 197 pounds for Oklahoma State. At times, the redshirt freshman didn't know if he'd get an opportunity to compete in the postseason – let alone take seventh at the NCAA Division I Wrestling Championships, as he did on Saturday at PPG Paints Arena.

The wrestling challenges paled in comparison to the gut-punch Geer experienced last month, when he learned of the death of Cpl. Ty Carey, his best friend and former Franklin teammate. Carey died on Feb. 19 at age 20.

“I just lost my best friend not too long ago, before this tournament,” an emotional Geer said as he talked to a group of reporters moments after his dramatic 5-4 victory over Virginia Tech's Zack Zavatsky. “Being able to honor his name (is important). He was just an all-around great guy. Just a great guy. His parents are awesome people.”

Carey was a Marine in Camp Lejeune, North Carolina, according to an online obituary.

“He was in the Marines; he passed away,” Geer said. “I don't want to really go into details. It sucked. It was all of a sudden. I never even noticed anything, but having this finish has really helped me out with that whole situation.”

Geer, a 2015 PIAA Class AA champion, emerged as one of the top freshmen in the country two years ago, as he went 31-10, won the Eastern Wrestling League title and finished one victory shy of becoming an All-American for Edinboro.

After taking a redshirt season a year ago, Geer transferred to Oklahoma State following the departure of Fighting Scots coach Tim Flynn to West Virginia.

Despite going 30-7 for the Cowboys, this season has been anything but easy. There was uncertainty about exactly where Geer fit into coach John Smith's plans.

“There were times I wasn't even sure if I was going to be in the starting lineup,” Geer said. “I really just had to push through that, keep working.

"Honestly, I just had to keep a vision that I would be starting, get here and do what I needed to do. It all worked out fine. It's just been a great year.”

Geer won his first seven matches at 184 pounds before bumping up to 197 in mid-December. He went 16-3 at that weight before dropping back to 184 for the Big 12 Tournament, where he took third.

In its seeding process, which Geer said is “terrible,” the NCAA does not recognize matches wrestled at other weights. So he ended up as the No. 26 seed out of 33 wrestlers in the national tournament bracket.

“I didn't really like the seed,” Geer said, “but where I ended up in the bracket, actually, I didn't mind where I was put. I liked the opponents I got set with. I hadn't wrestled them yet this year, and I got a win over (Pitt's Nino) Bonaccorsi, who beat me twice last year.”

Geer went 5-2 in the tournament – including a 4-2 victory over second-seeded Shakur Rasheed of Penn State on Friday night – and became a footnote in NCAA history.

Because this is the first time the tournament has seeded all 33 wrestlers at each weight, Geer became the lowest seed ever to record an All-American finish. He also helped Oklahoma State, which won the Big 12 Tournament and went 15-0 in dual meets, to a third-place finish in Pittsburgh.

“The support has just been awesome,” Geer said. “My parents are always there for me, helping out. My teammates – those guys are amazing. They push you every day at practice. You really couldn't ask for better teammates.”