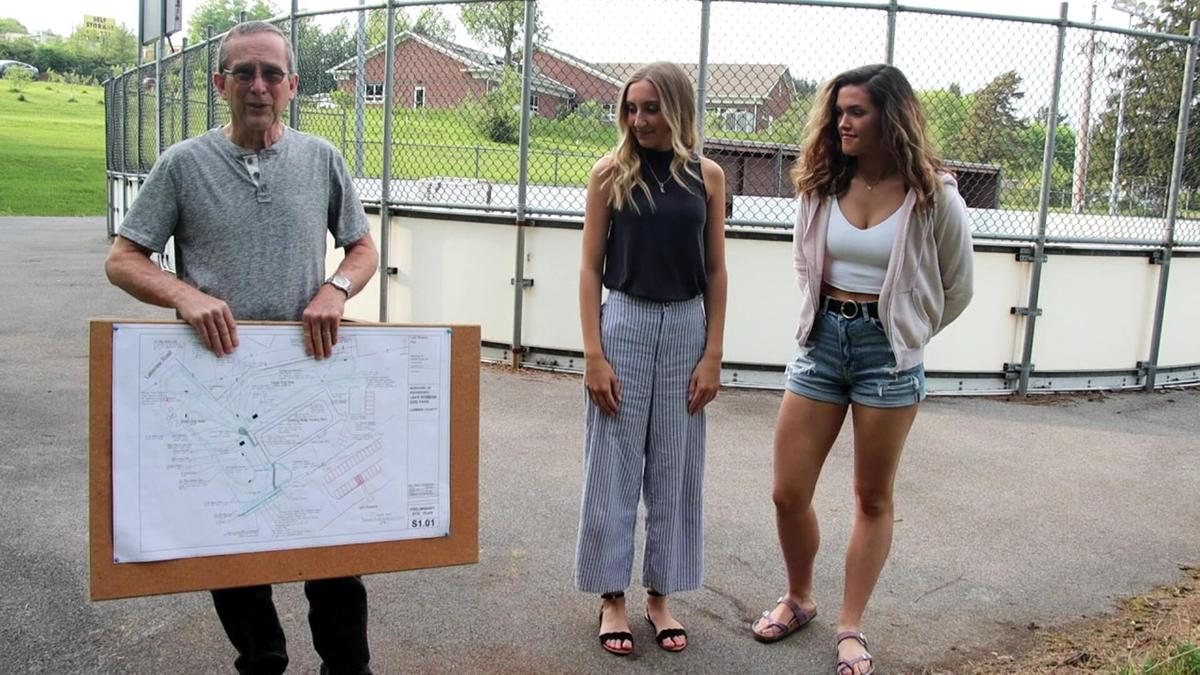 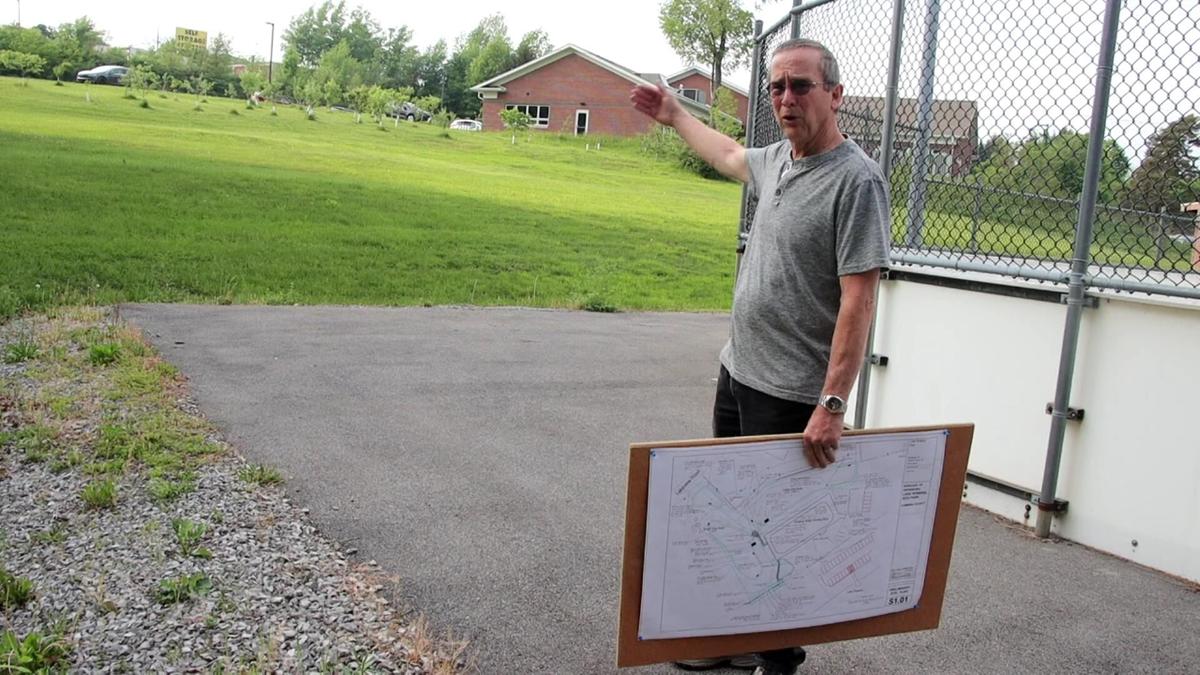 Phil Sutton of the Ebensburg Rotary Club shows plans at the site of a proposed dog park adjacent the hockey rink at Lake Rowena recreation park.

Phil Sutton of the Ebensburg Rotary Club shows plans at the site of a proposed dog park adjacent the hockey rink at Lake Rowena recreation park.

A grant application and a use agreement with a neighboring property owner approved at this week’s Ebensburg Borough Council meeting moved a community dog park closer to reality.

The Ebensburg Rotary Club has been developing plans for a local dog park for more than two years, said Phil Sutton, project chairman.

After two false starts at other locations, the club and the borough have settled on putting the dog park near the community roller hockey rink in the Lake Rowena recreation park.

“When we do surveys, over the past few years, that’s always one of the top items,” Tusing said after Monday’s meeting.

As they were putting together ideas for the park, Rotary members talked to neighbors who frequently walked their dogs.

“There is a lot of enthusiasm,” Sutton said at the Lake Rowena property.

As designed, the park would be divided into two sections, one for small dogs and one for large dogs. It would include watering stations, a double-gate entry system, walking paths, benches and features for dog play.

The 1.5-acre park would extend a few feet onto the neighboring Ebensburg Animal Hospital property, which required the borough to enter into an easement agreement for the property’s use as a public dog park. That agreement was approved Monday.

The project cost is estimated at just under $300,000, including the value of the property. The borough is applying for almost $250,000 from the Commonwealth Finance Authority’s Greenways, Trails and Recreation program. Matching funds will come from the Rotary Club’s ongoing fundraising and donated labor by the borough.

Sutton expects construction to begin next year. When the park is complete, it will be owned and maintained by the borough.

Dog owners Emma Ratchford and Sam Archangelo are not members of the Rotary, but volunteered to organize a tennis clinic fundraiser for the dog park project. “Tails for Tennis” was held Saturday at the Ebensburg Tennis Center, netting about $3,000.

“We had a lot of fun putting that together,” Archangelo said. “We wanted to do something like that again for a really great cause, which is the dog park.”

Both women are employees at the tennis center and have been active members.

“We just love being able to bring people together from all over,” Ratchford said. “Tennis is a sport you can play from the time you’re (a child) to when you’re old. It’s an awesome sport to learn.”