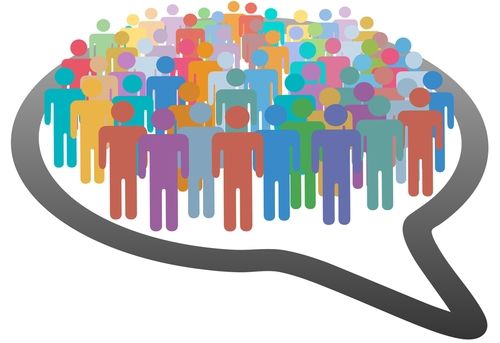 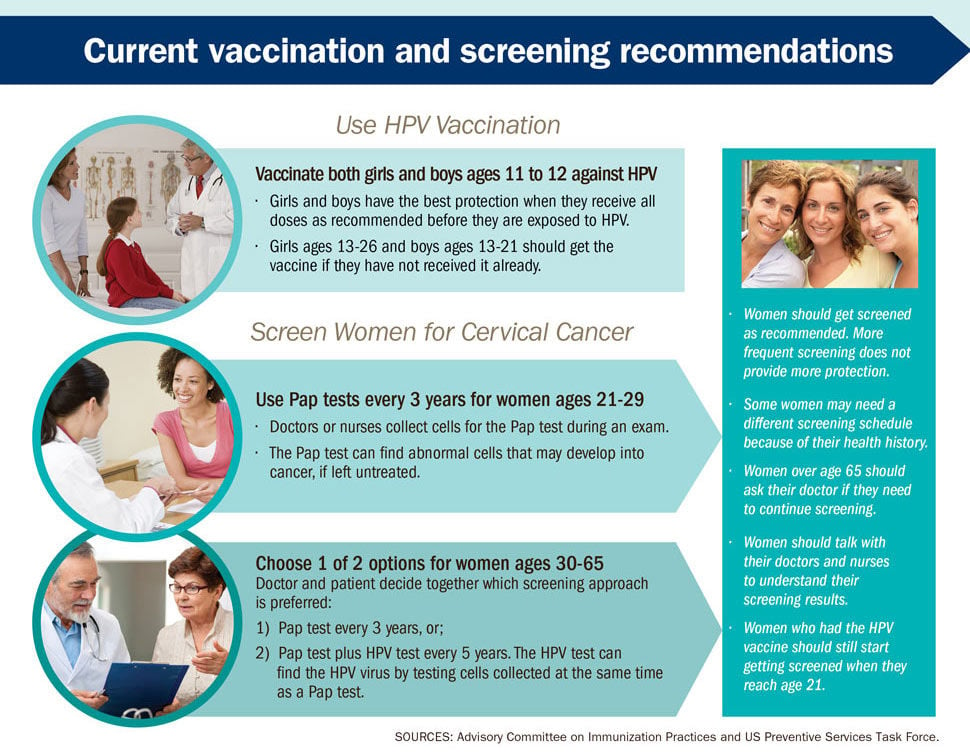 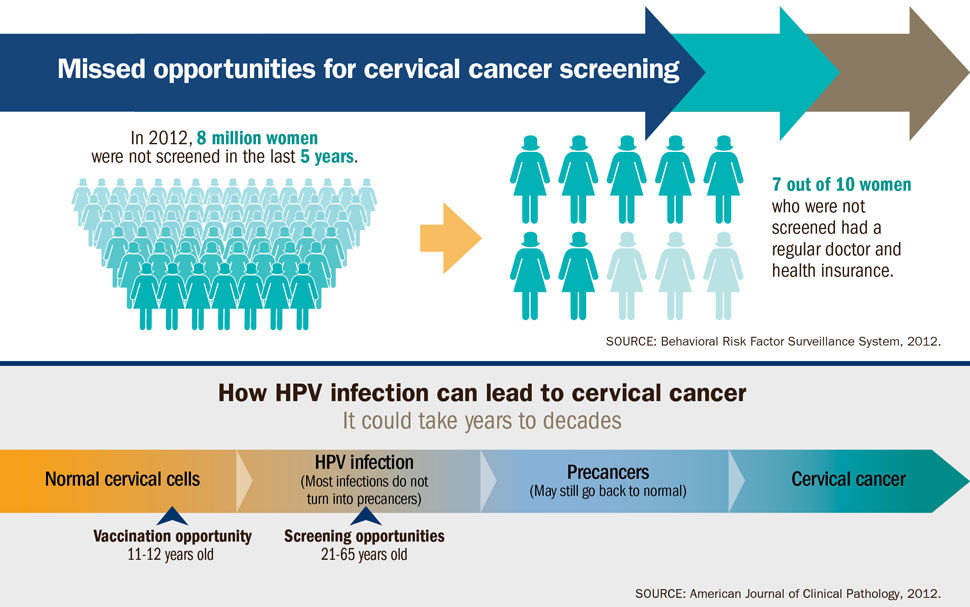 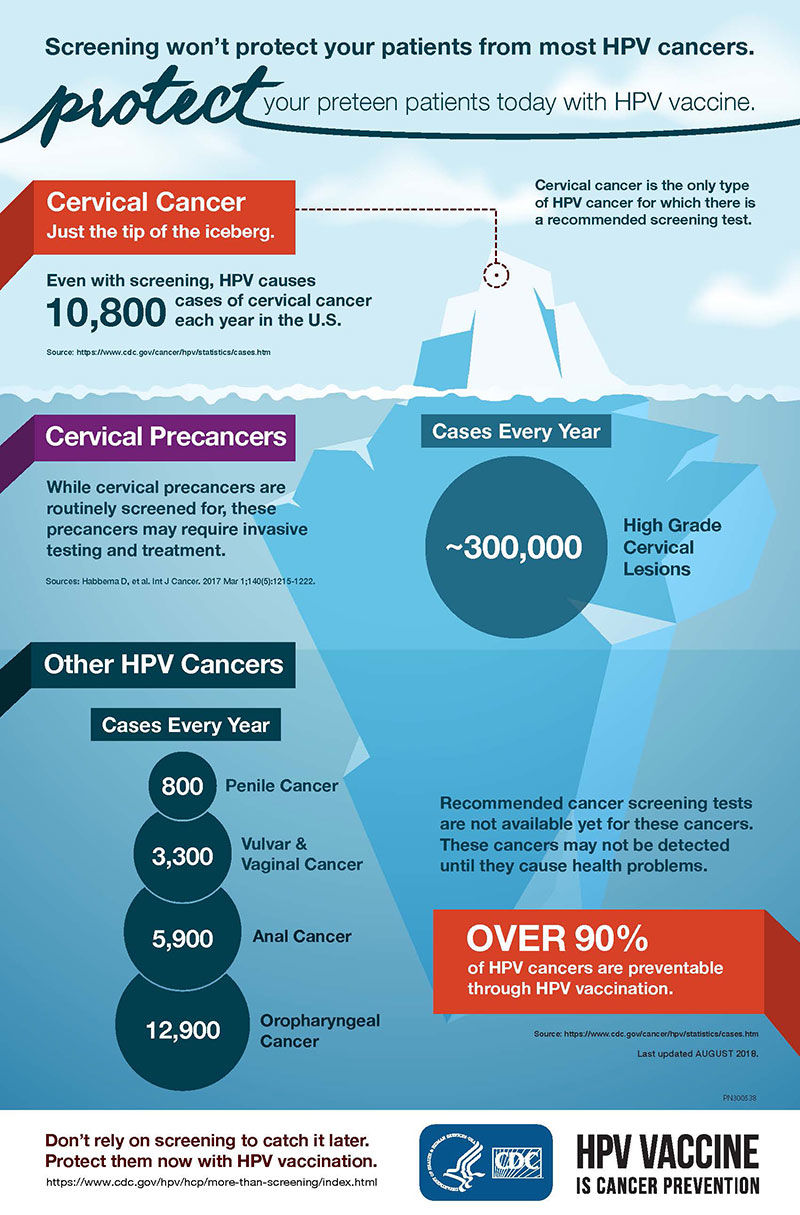 There is a vaccine proven effective in preventing several deadly types of cancer, but barely half of the children in the United States are getting the protection.

The human papillomavirus causes about 90% of cervical cancer in women, and is also linked to throat cancer and other malignancies in men and women. Since 2006, vaccines against the virus have been available.

Children can be immunized against the most dangerous HPV strains beginning at age 9.

The Centers for Disease Control and Prevention recommends that all boys and girls be vaccinated by age 12. Full protection requires two shots, usually within six months to a year.

“It’s the first vaccine that has been offered to us that fights cancer,” Dr. Ed Pawlowski said from Pediatric Care Specialists, 1322 Eisenhower Boulevard in Richland Township.

The CDC reports 2017 immunization rates were 53% for girls and 44% for boys, ages 14-17, while 27,000 people a year get cancer caused by human papillomavirus. HPV is the most common sexually transmitted disease.

Some parents balk at giving their kids the vaccine because HPV is sexually transmitted disease. But doctors say the risk of cancer should be the deciding factor.

“Seventy percent of the population actually carries HPV and they don’t even know it,” Pawlowski said. “As pediatricians, our job is to protect children of the community and provide information to parents. This can directly impact your future – when you become a mother yourself or want to have children.”

The goal of early immunization is to protect children before they become sexually active adults, said Dr. Amy Anderson, an obstetrician-gynecologist with Magee Women’s Specialty Services at UPMC Altoona and the UPMC outpatient center at 152 Zeman Drive, Ebensburg.

“The benefits outweigh the risks of the vaccine,” Anderson said.

She downplays the notion that teens would become more sexually active with the vaccine protection. Because it is given at such a young age, kids see it as just two more shots. They don’t associate it with their future behavior, she said.

“They don’t even realize what they are getting,” Anderson said.

Pawlowski stresses that the HPV vaccine is a lifesaver.

“They have absolute proof it protects society from bad outcomes,” he said. “Cervical cancer was through the roof in women; now it’s in decline.”

Pediatric Care Specialists begins consulting with parents to provide the HPV vaccine when their children reach age 9, because it is difficult to ensure older children get both shots, Pawlowski said.

The reality of behavior in young people represents another reason for vaccinating children before they reach their teen years, he adds.

In the past, HPV vaccine was primarily offered to girls because of its effectiveness against cervical cancer, Pawlowski said. But an upsurge in throat cancer among younger men brought more urgency to vaccinating boys.

In addition, protecting men against the virus helps reduce its overall prevalence.

Because the vaccine still does not address all strains of HPV, doctors encourage women to follow the CDC recommendation for regular papanicolaou tests from age 21 to 65.

Also called pap smears, the tests check for abnormal cells that could lead to cancer, Anderson explained. Although the human papillomavirus can cause DNA changes in the cell that lead to cancer, there are other causes that can also be detected in a pap test.

If abnormal cells are detected and confirmed by the biopsy of a small scraping of tissue, the abnormal tissue can be removed surgically before it becomes cancer, Anderson said.

In other cases, the situation can be monitored with more frequent screenings to see if the abnormal cells continue to appear, she said.

“Young women’s bodies can clear it,” Anderson said. “The virus is there and may be in the cells, but not change them. The body can mount an immune response to clear the virus.”

The National Institutes of Health credits widespread pap test screenings with reducing cervical cancer deaths by more than 60% since the test was introduced in the 1950s. Doctors say HPV vaccines are reducing the cancer incidence even more.

“I think it’s a great vaccine,” Pawlowski said. “I gave it to both my daughters.”