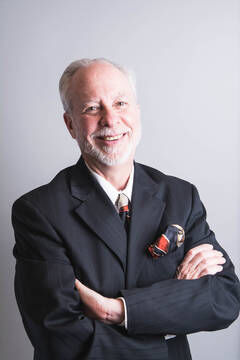 He serves at Pittsburgh’s Tree of Life synagogue, where a gunman killed 11 people and wounded six on Oct. 27, 2018, in the deadliest attack on the Jewish community in U.S. history.

The worshippers at the Or L'Simcha Congregation in the Squirrel Hill neighborhood included several Holocaust survivors, slain in an antisemitic terrorist attack. Robert Gregory Bowers, accused of carrying out the shootings, is awaiting trial.

On Sunday, Myers led a moment of reflection and prayer at Flight 93 National Memorial in tribute to the 40 innocents who perished on Sept. 11, 2001, when United Airlines Flight 93 crashed down in Somerset County.

“A close connection has grown between our congregation and the memorial here,” Myers said after the ceremony and a visit to the boulder that marks the spot where Flight 93 struck the ground 21 years ago.

“There’s much that is shared,” Myers said. “We’ve learned to support each other, so for me, I bring not only my own words, but those of all of Pittsburgh.”

Stephen Clark, superintendent for the National Park Service in western Pennsylvania, oversees Flight 93 National Memorial. Clark served as master of ceremonies for Sunday’s service on the 21st anniversary of the 9/11 terrorist attacks – which claimed nearly 3,000 lives at the World Trade Center in New York, at the Pentagon and near Shanksville.

He pointed to the parallels between the Tree of Life shootings and the events of 9/11 – especially the crash of Flight 93 just to the east of Pittsburgh.

An act of terrorism inspired by hatred. Unspeakable tragedies and suffering. But then … the compassionate embrace of survivors, the drive to keep alive the memories of those were lost.

And, ultimately, hope pushing aside despair.

”They share our need for comfort and to be remembered,” Clark said.

At Tree of Life, a fundraising campaign is underway for the creation of a permanent memorial to the victims of the shootings.

“The comprehensive campaign will secure funding for building renovations, programming and operations, endowment and sustainability, and educational programming and community outreach,” according to the congregation’s website.

An architect was hired in May 2021. A year later, design plans were released.

As reported by the Associated Press in May, the new design is by “renowned architect Daniel Libeskind, whose previous works include Jewish museums, Holocaust memorials and the master plan for the redevelopment of the World Trade Center after 9/11.” Myers told the AP he looked forward to a memorial to the victims – and a return by the congregation to a refurbished synagogue.

“We learn more about the types of work we need to do in developing our own memorial space,” he said on Sunday in Somerset County. “We want to learn from the experiences of the families here. What are the things we need to do to move forward in a meaningful and productive way? We’ve learned a great deal from here.”

The center, he said, will be part of the healing process – much as Flight 93 National Memorial brings comfort to the families of the 40 passengers and crew while also preserving the memories of those people.

And, the rabbi said, the memorial and the new house of worship will serve as reminders that good will triumph over evil – echoing the stories of the Flight 93 heroes who fought back against terrorist hijackers and likely saved many lives.

“It’s really on a simple level,” Myers said. “Love will always win out the day, because there are far more good, decent people in the world than people who are not, so at the end of days, good will always triumph. In the moment, it’s hard. But it does.”

Chip Minemyer is the editor and general manager of The Tribune-Democrat and TribDem.com, GM of The Times-News of Cumberland, Md., and CNHI regional editor for Pennsylvania, Maryland, Ohio, West Virginia and North Carolina. He can be reached at 814-532-5091. Follow him on Twitter @MinemyerChip.