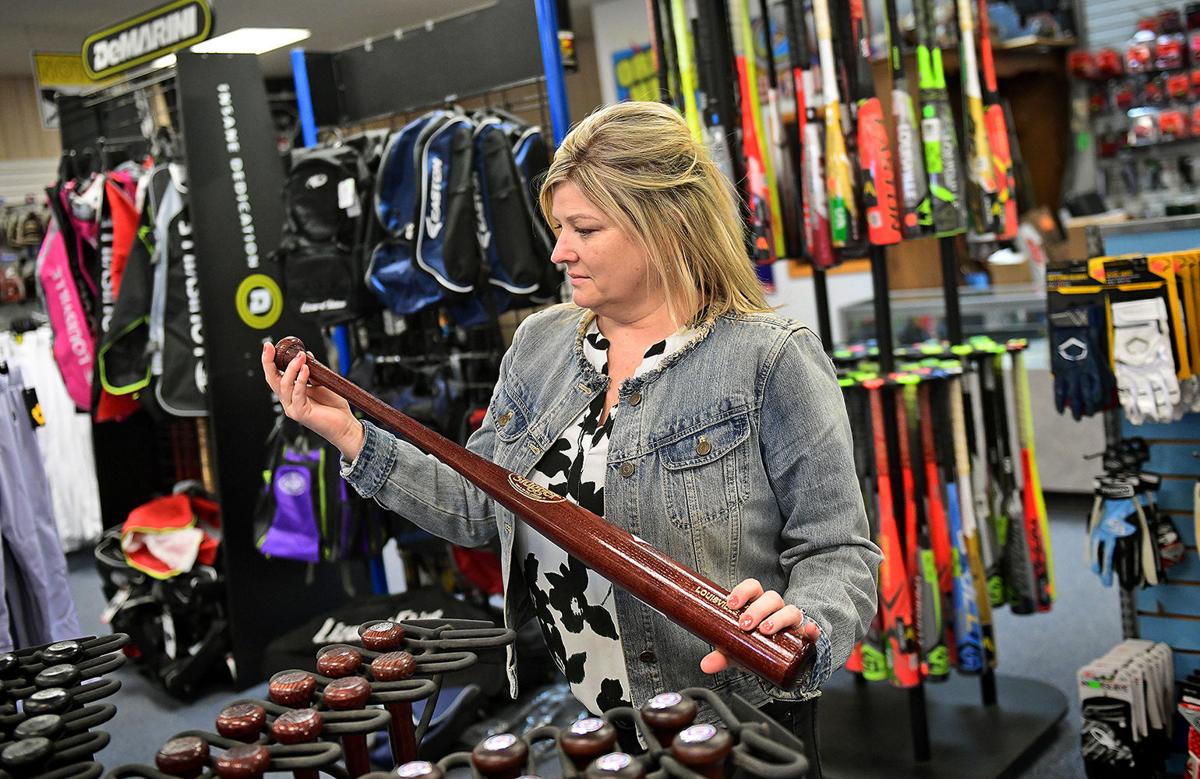 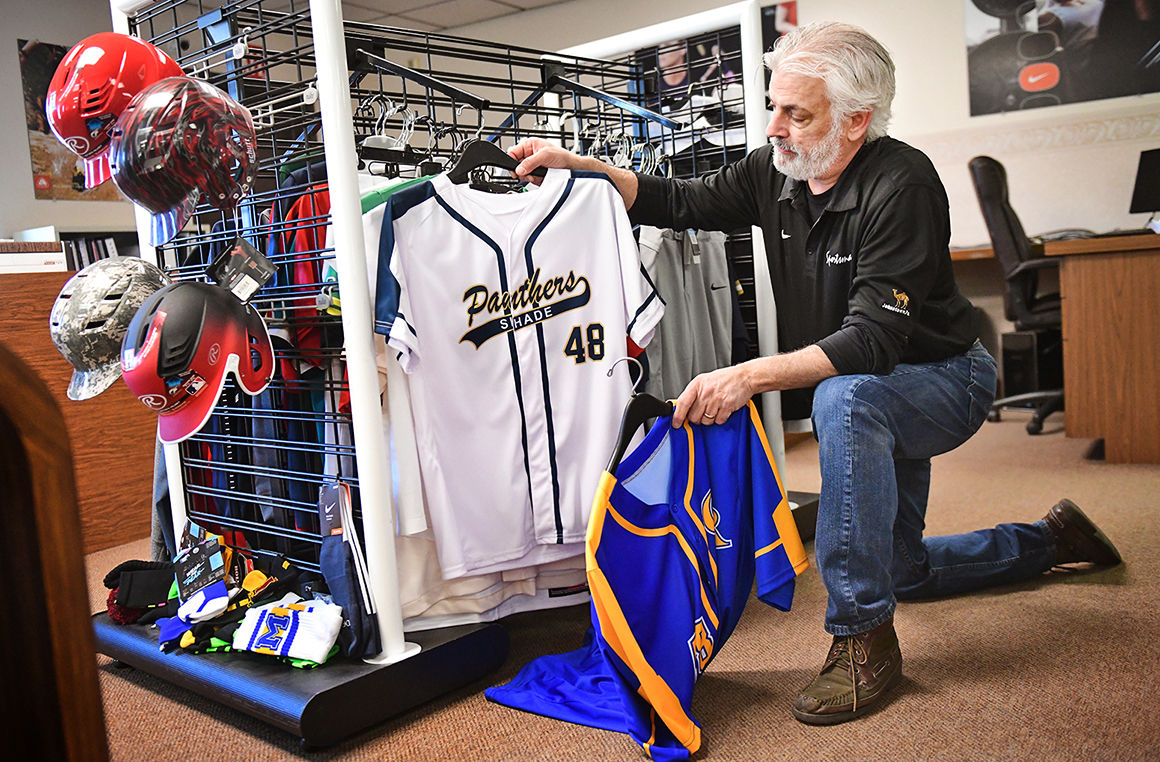 Above, Greg Heider, vice president and co-owner of Sportsman’s, goes through area high school baseball team game jerseys at the company’s showroom in the Hornerstown section of Johnstown.

Above, Greg Heider, vice president and co-owner of Sportsman’s, goes through area high school baseball team game jerseys at the company’s showroom in the Hornerstown section of Johnstown.

JOHNSTOWN, Pa. – Players and parents aren’t the only ones feeling left out by the shutdown of youth sports due to the coronavirus. Sporting goods manufacturers and dealers have seen their business wiped out by plunging demand.

For Sportsman’s on Horner Street in Johnstown, 90% of business comes from schools, colleges and youth leagues in the Northeast, said Greg Heider, vice president and co-owner.

“We came to a grinding halt,” Heider said.

Sportsman’s supplies all sports with uniforms and equipment as well as outdoor goods – including bleachers and scoreboards.

“We sell to over a thousand schools and 50 colleges and universities, plus youth organizations,” Heider said.

The company also reconditions equipment, and has lost its prime preparation season because of the shutdown.

“That work is still sitting here in Johnstown and needs to be done and returned. But we don’t know when schools can return.”

“But we have no specific information about the drop in sales at this point,” he said. “It all happened so soon.”

Since the shutdown began, the association of 21,000 vendors has continued to advocate for governmental relief for businesses hindered by the pandemic, he said.

A 2015 University of Florida study found that youth sports was a $5 billion yearly industry and parents spent more than $670 on average on equipment and travel related to their kids’ participation.

Bobbie Lynn Salem, co-owns Sporting Goods Discounters with her husband, Denny Salem. The business has has been family-owned and operated for more than 45 years.

In the wake of the mid-March COVID-19 shutdown, the firearms and ammunition side of the business was allowed to remain open. But sales related to spring sports were prohibited, she said.

“The baseball portion of our business is hurting us hugely, as Little Leagues and the AAABA amateur tournament have been canceled,” she said.

“We screen-print and embroider uniforms for a vast majority of the local teams. Not being able to sell these items is a huge loss to our company.”

Business owner Brian Durham moved his Soccer City retail store in Richland about a year ago into the former North Fork Golf and Tennis club. The center is now called the Highlands at Northfork, and encompasses multiple sports including golf.

“Retail is a small part of what we do, but certainly it’s been decimated since the cancellation of the spring soccer seasons,” Durham said in an email.

For spring sports, Sportsman’s has filled orders that can’t be shipped. Other customers canceled orders altogether. The shutdown is costing the business tens of thousands of dollars, Heider said.

“And I don’t think we will ever make that up,” he said. “And there’s potential to lose further business.”

Orders for fall sports usually come in at this time.

“We work four months ahead, so right now it’s the buying season for fall sports,” he said, “but nobody knows when fall is going to start. Nobody knows until the governor releases things.”

Until the state allows business to resume, the company’s staff of 35 people are all laid off and signed up for Pennsylvania’s unemployment compensation, he said.

“We asked for a waiver to continue business, which was turned down by the state,” he said.

A family-owned and operated wholesale distributor of athletic supplies is a rare, Heider said.

Sportsman’s was established in 1948 and involves three generations of family.

“There aren’t many full-line athletic suppliers left in the country, especially family-owned and run businesses,” he said. “We’ve been around a long time, and we are going to make it through this.”