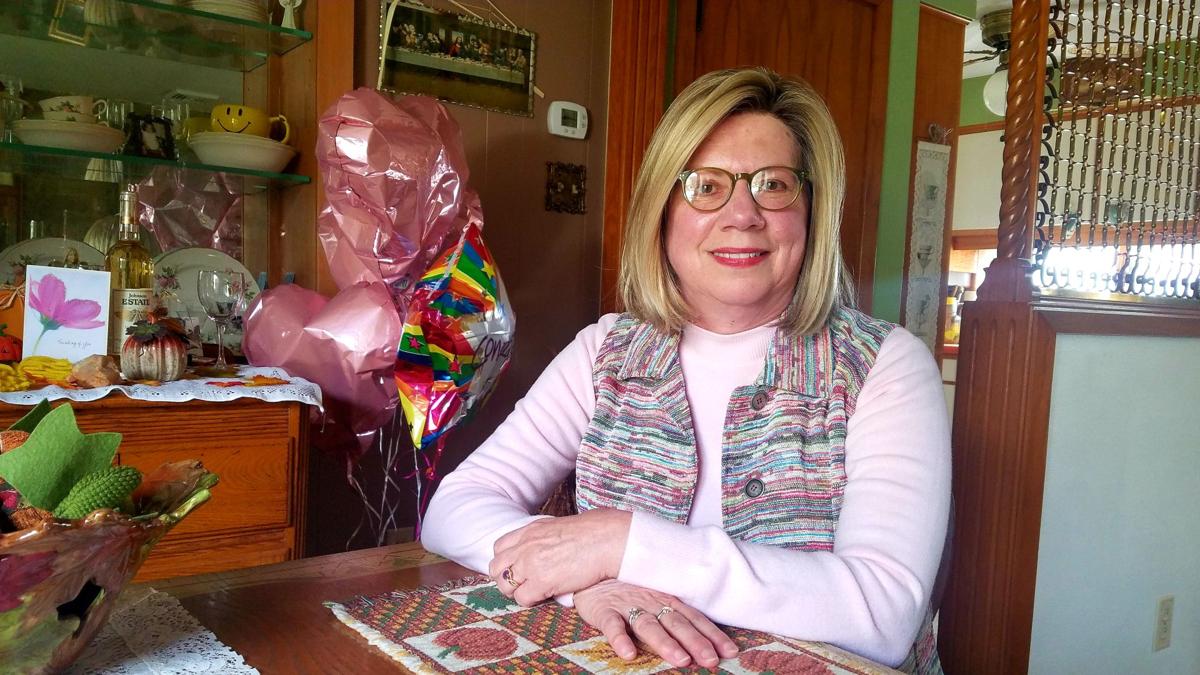 When 2019 arrived on her calendar, Marilyn Billow was looking forward to the beginning of a new chapter in her life – retirement.

Billow said she never dreamed it would bring breast cancer, too.

But the Southmont woman – still partway through her radiation treatment – said she isn’t letting it slow her down. Faith, family and a core group of cherished friends are helping her fight the disease every step of the way, she said.

That road took a detour in early April, after her routine mammogram results came back abnormal.

A biopsy that same month confirmed the diagnosis, she said.

Billow said she was saddened by the news but not altogether shocked.

Her mother battled breast cancer when she was in her early 40’s, “so I always knew it was something I had to take seriously,” Billow said, noting that she never missed a mammogram.

“In some ways, I felt lucky that I didn’t have anything happen earlier,” she said.

But soon after, Billow’s oncologist, Dr. Ibrahim Sbeitan ran a prognostic “MammaPrint” test on a surgical sample that suggested there was a higher risk cancer could return somewhere on her body, she said.

“When I got off the phone, the tears came,” she said. “I know it might sound frivolous ... but to realize I was going to lose my hair, it was hard to accept.”

Chemotherapy reminded Billow that there were things “I simply had no control over,” she said.

But there was no use dwelling on it – and she didn’t have to go through it alone, Billow said.

She said she’s followed advice her daughter gave her to help get her through rough days.

“She told me to lean into my emotions – allow them to happen, because they are going to happen anyway,” said Billow, who has two children – a daughter in New York and a son in Arizona.

With her family spread out across the country, there have been times she’s leaned on friends, including Barb Korber, of Hollsopple, and Marian “Tini” Korenoski, of Johnstown, for help.

While independent by nature, Billow said she’s learned to embrace their support.

Korenoski, an oncology nurse, was at her door within minutes after she had a bad reaction between her chemo drug and blood pressure medication, she said.

“I texted her about how I was feeling – and suddenly passed out. Within minutes, she got here and called 911,” Billow said.

Today, Billow is still keeping a close eye on her calendar.

Her last session is marked in pink on Oct. 23, she said.

And she’s hopeful that calendar will soon be filled with plans for ski trips, Christmas in New York with her daughter or a vacation out west to see her son.

“I’m anxious to get back on the bike trails again, too,” Billow said. “I can already feel my energy coming back. I’m feeling hopeful.”

Richland Pink Out: The Richland Key Club has an annual fundraiser that falls on Friday, the final home football game for the Rams, who will take on Chestnut Ridge. Students will have a table at the entrance with information and baskets to raffle to raise funds to donate to the Joyce Murtha Breast Care Center at Chan Soon-Shiong Medical Center at Windber.