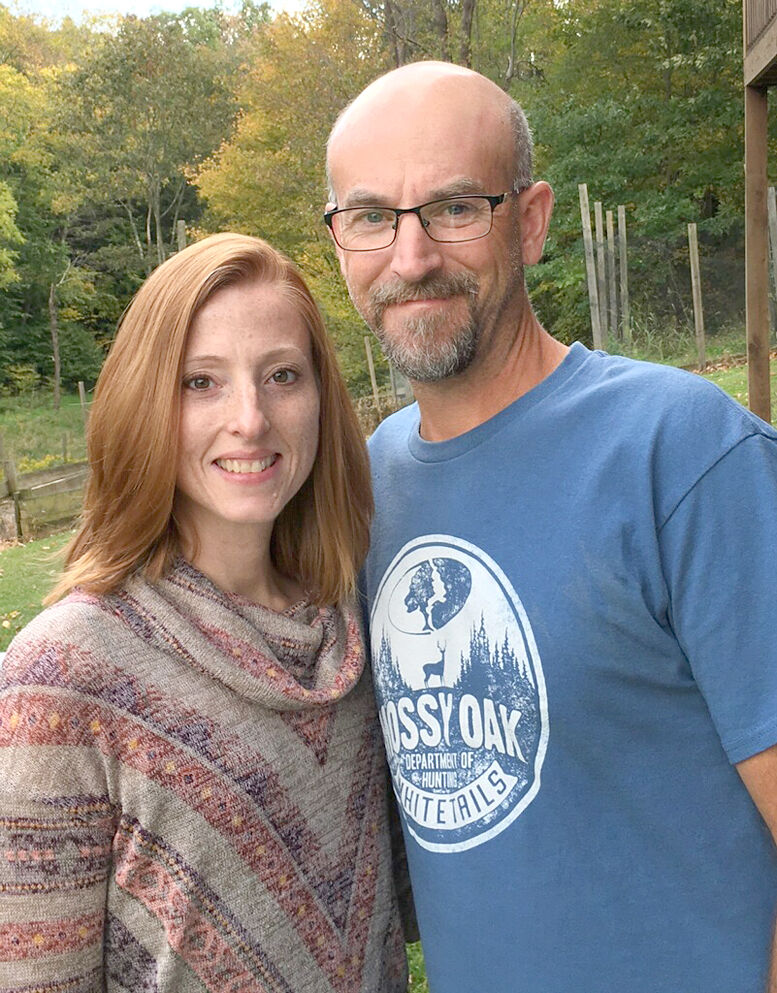 Jill Gordon, of Alum Bank, gives credit to her husband, Todd, for the help he gave her as she was healing and recovering from her mastectomy.

Jill Gordon, of Alum Bank, gives credit to her husband, Todd, for the help he gave her as she was healing and recovering from her mastectomy.

But the Alum Bank woman said she doesn’t regret it for a second.

In the process of switching jobs back in January, Gordon said she almost skipped her annual mammogram before a talk with her husband, Todd, convinced her to follow through with the appointment.

She credits his unwavering support – and her Christian faith – for helping her through the battle this year.

“There were some difficult mornings when I woke up and wondered to myself ‘Where is the cancer now? Did it spread?’ ” she said. “But I had support the whole way and I really just turned to God – and praised him in the middle of the storm.”

That storm began in January after the results of the mammogram she almost canceled led to an ultrasound and difficult news from her doctor, Joyce Murtha Breast Care Center Medical Director Trudi Brown.

A biopsy confirmed a small mass was found on one of her breasts and an MRI at the Windber cancer center ended up showing there was a second spot that needed to be removed as well, Gordon said.

It was difficult news. But Gordon also recognized she was blessed in the moment.

Because of her dense tissue, the mass might have otherwise been overlooked if a radiologist hadn’t spotted an abnormality, she said, noting her initial exam gave no indication.

“I praise the Lord for the way it worked out. I can’t imagine what 2021 would have been like if I didn’t get checked out in January,” she said.

Recognizing the risk was real, that she might develop breast cancer again later in life, the 45-year-old mother of three said she decided to get a double mastectomy that spring.

Through a recommendation by Brown, she began scheduling with UPMC-Magee Womens Hospital to have her breast tissue removed and then have reconstructive surgery immediately afterward.

Then, the realities of COVID-19 hit Pennsylvania.

Elective surgeries were put on hold. And then, a week later, Magee’s staff started postponing mastectomies as well, she said.

“It through a wrench into everything. It was difficult at times – but I kept praying,” she said. “I knew I still felt well, so I just focused on God’s goodness, his greatness and his power and told myself he was in control.”

It led Gordon to return to the Joyce Murtha Breast Care Center and schedule her mastectomy – deciding she’d worry about plastic surgery down the road.

It was the right move, she said.

The date was set for April 30.

The toughest part was walking into the doors that morning, Gordon said.

Because of COVID-19 guidelines at the time, no visitors were allowed to accompany her.

“That part was horrible,” she said. “Because I just kept thinking about what it was going to be like waking up from surgery alone.”

But as she was getting prepared for her operation, a local Church of God chaplain who was making her rounds walked into her room.

“It was an immediate comfort for me,” she said, “because I’m a Church of God member, too.”

Gordon said her surgery was a success, crediting Brown.

And while the healing and recovery process – stitches, staples and a surgical drain – wasn’t always pretty, her family was there for her.

“My husband helped me through everything I could have asked. He even washed my hair,” she said. “I don’t know how I could have done it without him.”

As tough as 2020 has been, at times, he said he doesn’t doesn’t want to imagine what the outcome might have been if his wife waited until next year for her mammogram.

“This could’ve been a lot worse,” Todd Gordon said.

“She might not be here right now if we didn’t make the right choice.”

Color Me Pink Run/Walk: 5K begins at 9 a.m. Oct. 24 and walk starts at 9:15 a.m. For the 5K run only, awards will be presented to the top male and female finishers, as well as the top male and female in each age group. Register online at www.windbercare.org. For more information, call 814-467-3705. Event benefits Joyce Murtha Breast Care Center.

Breast Cancer Screening Day: 8 a.m. to 4 p.m. Wednesday at UPMC Somerset, 225 S. Center Ave., Somerset. Women age 40 and over who need a screening mammogram can schedule an appointment. A physician’s order is not needed. Health insurance will be billed for the screening. Assistance may be available for those without insurance. To schedule an appointment, call 814-443-5096.

Jane Sullivan, along with her husband, Tom, decided to splurge on themselves – albeit in a practical way – after she was diagnosed with breast cancer.