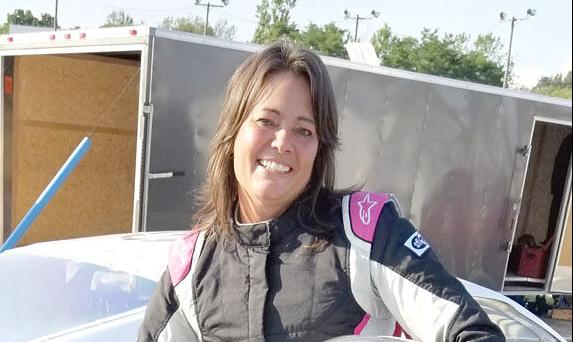 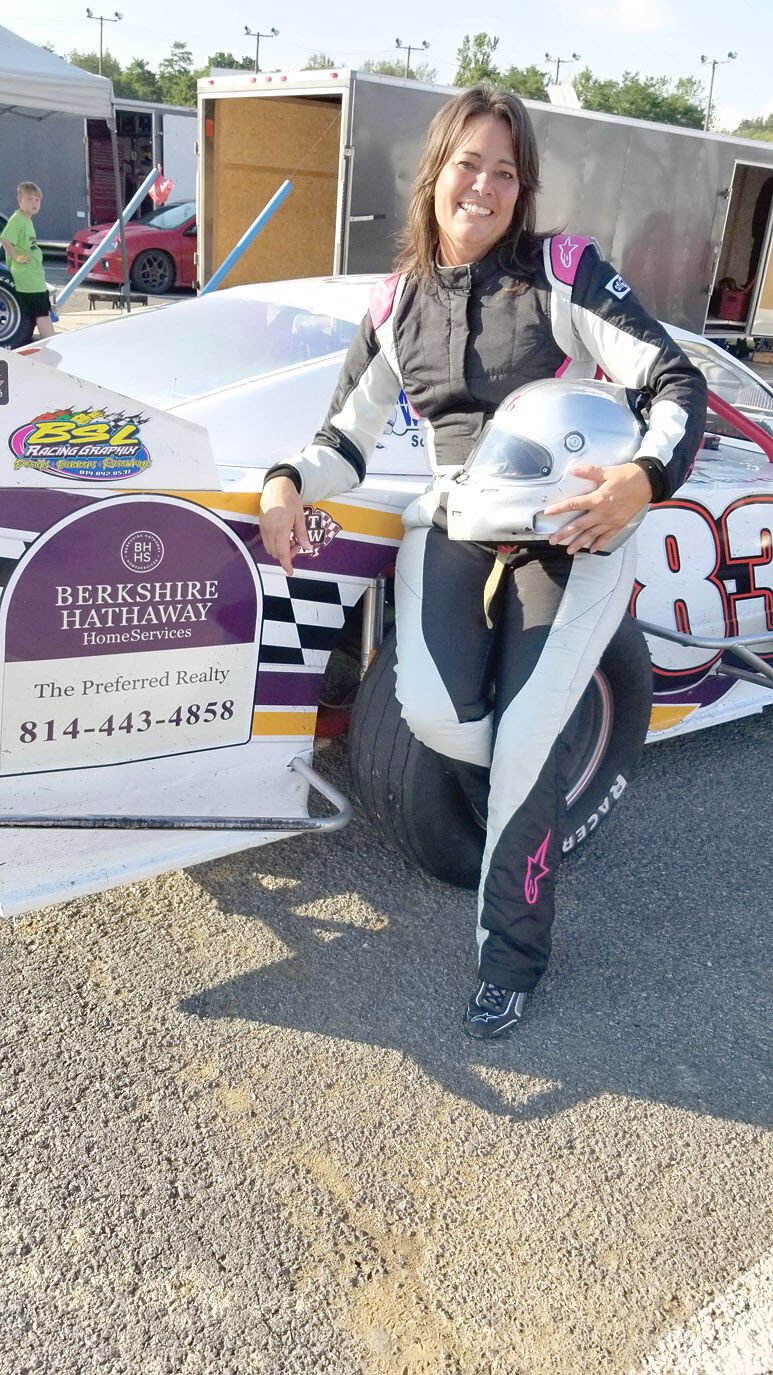 SOMERSET – As an associate real estate broker and race-car driver, Cindy Shaulis has faced her share of challenging and unexpected situations, which helped prepare her for a life-changing moment in her life.

For years, there was a lump in her breast and her gynecologist told her it was a cystic mass.

“She told me that it probably came from being on birth control pills, and to make sure that I did my mammogram each year, which I did,” Shaulis said.

Then in 2009, the lump started to feel painful.

“My next mammogram was not scheduled until May of 2010,” Shaulis said. “I saw the nurse practitioner and told her that it was painful. The practitioner said to go get the annual mammogram and that she would also schedule me for an ultrasound.”

The mammogram didn’t show anything, but the ultrasound did – and warranted a trip to a breast doctor to do a biopsy.

Because Shaulis was in her 40s with no family history of breast cancer, she did not expect the findings that came back.

“The tumor was over three inches and almost a Stage 4 cancer that had traveled into the lymph nodes,” Shaulis said.

Shaulis went to Johns Hopkins to get a second opinion and ended up having her surgery there.

The Somerset resident had been an avid stock car racing enthusiast since the days of Ebensburg and Windber speedways, and raced a four-cylinder on the local race tracks at Thunder Valley, Bedford, Roaring Knob in Markleyburg (Fayette County) and Cumberland (Maryland) speedways.

But in 2010, she had to cut her season short at Bedford Speedway due to the immediate need to start chemotherapy.

“The Bedford community was so supportive and gave me such a nice card, which everyone signed, and I still have,” she said.

Once the chemotherapy, radiation and surgeries were done, she was back on the track in 2011, racing at Roaring Knob and actually won a feature, wearing a head wrap in the photo to cover her lack of hair.

“You can’t wear a wig under a race helmet,” she said.

Shaulis talked about her faith, that it was the biggest help in guiding her through the sickness from the treatments.

“I was chosen because God knew I was going to be the trooper and could take it in stride,” she said. “I was anxious to get the hair off and get through the treatments, get my wig. I worked the whole time.”

Shaulis said that she never thought it would be a deadly diagnosis, so she chalked it up to being one to experience the process of chemotherapy and radiation, and always had a positive outlook to get through the process.

After her chemotherapy treatments, she would be outside on a lounge chair to relax and breathe the fresh air to counter her feeling of car sickness, which is what her reaction was.

She was blessed with a stray dog that came to her porch and would lie with her each day.

That stray dog, called Buddy, is still with her today.

“Pets are wonderful to help you through any type of situation,” she said, noting that she was also fortunate to have support from her family. “My mother, Jean Ann, and father, Richard, of Jennerstown. They would take me to Johns Hopkins for tests and take me where I needed to go. Also, my younger sister, Lori, who would help me out on my pit crew.”

After 10 years, Shaulis is healthy, working as a top real estate agent at Berkshire Hathaway and has continued her racing career on the asphalt at Jennerstown Speedway, where she competed in an open-wheel modified every Saturday night during the race season of May to September.

“I hope my story will help someone else,” Shaulis said. “I really feel that it’s something people need to know. You have to be your own advocate. I want to stress to others, that if you feel something is not right with your body, press the issue with the doctors. Read up and educate yourself. Get second opinions. You know best what your body is telling you.

“My only regret was not having the courage to change out my wigs with a different style and color. I was so worried and didn’t want people to make a fuss, and didn’t want to stick out as one going through the cancer treatments.”

Breast Cancer Screening Day: 8 a.m. to 4 p.m. Wednesday at UPMC Somerset, 225 S. Center Ave., Somerset. Women age 40 and over who need a screening mammogram can schedule an appointment. A physician’s order is not needed. Health insurance will be billed for the screening. Assistance may be available for those without insurance. To schedule an appointment, call 814-443-5096.

Jane Sullivan, along with her husband, Tom, decided to splurge on themselves – albeit in a practical way – after she was diagnosed with breast cancer.