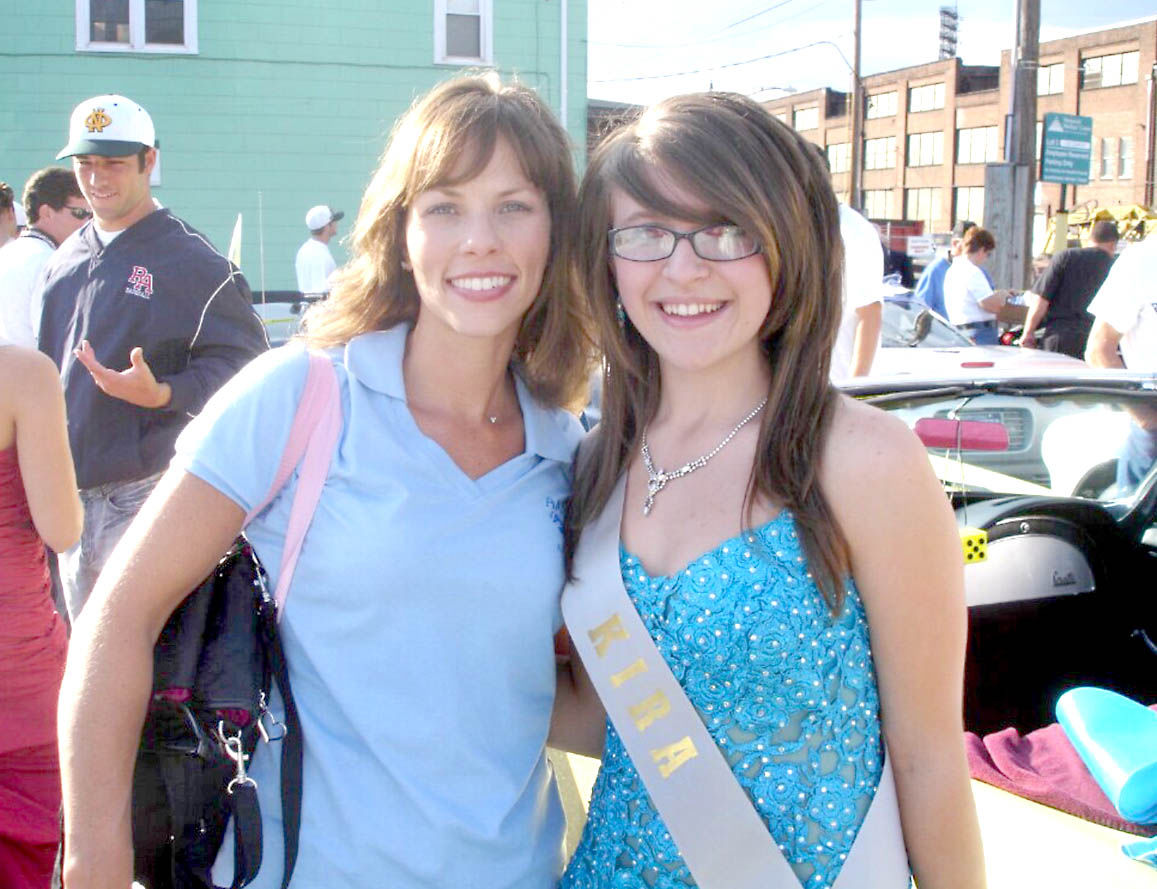 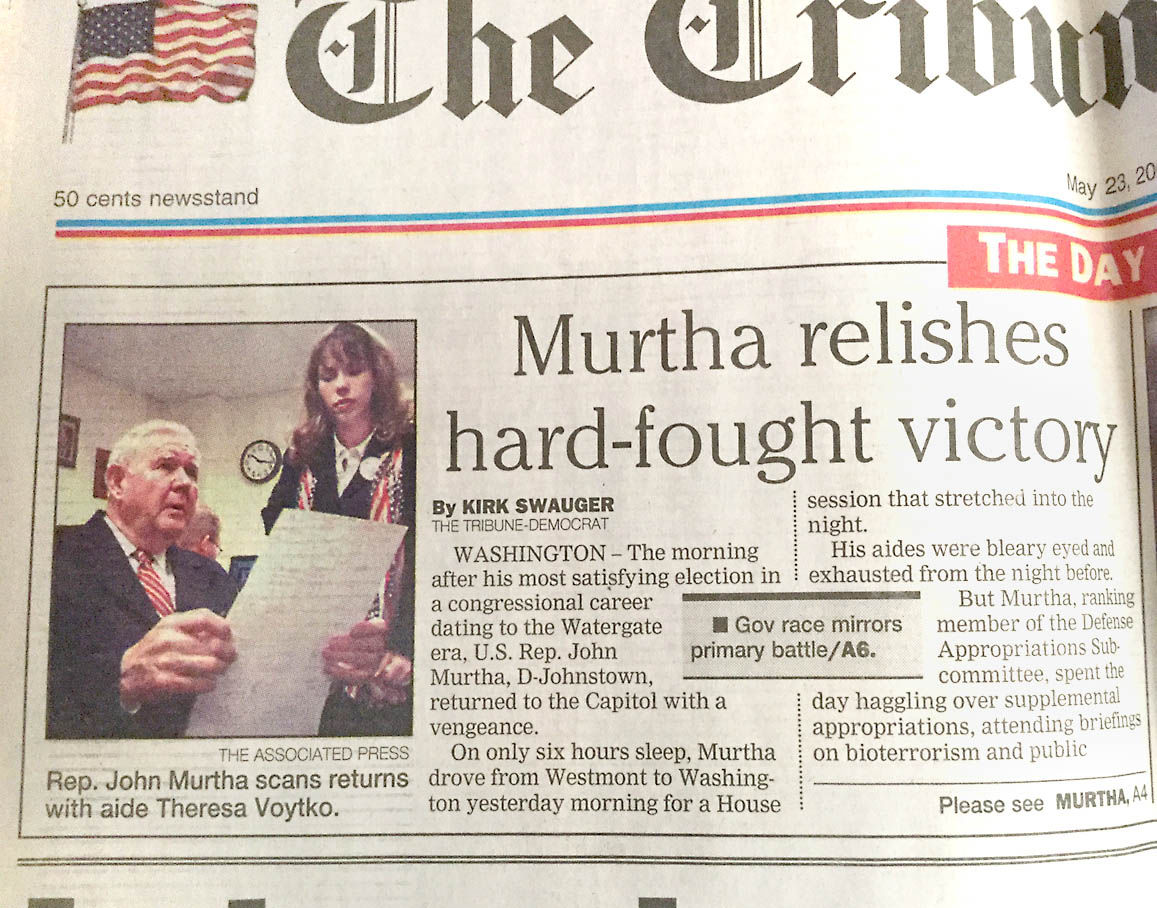 Theresa Voytko Lehman is shown in a May 2002 Tribune-Democrat clipping after then-U.S. Rep. John Murtha defeated U.S. Rep. Frank Mascara in a Democratic primary race between two incumbents after redistricting.

Theresa Voytko Lehman is shown in a May 2002 Tribune-Democrat clipping after then-U.S. Rep. John Murtha defeated U.S. Rep. Frank Mascara in a Democratic primary race between two incumbents after redistricting.

Theresa (Voytko) Lehman spent years working for U.S. Rep. John Murtha, who, along with his wife, Joyce Murtha, brought national attention to the issue of breast cancer through their efforts in the Johnstown and Washington, D.C., regions.

Lehman has been connected to the Joyce Murtha Breast Care Center since its inception.

“The work that they did is tremendous in terms of for the area,” said Lehman, who worked in the congressman’s campaign office. “I was lucky enough to be at the opening and visited the breast center several times. I had actually gone years ago when they thought they found a spot. … It turned out it was nothing at that time.

“To even be a patient there as well, they were just phenomenal. I can’t say enough about the work they do there.”

Now, though, Lehman, who has lived in Arizona since 2010, is facing her own challenge with breast cancer. She was diagnosed in late 2016 and underwent a double mastectomy that has left her cancer free. But issues with breast reconstruction have necessitated other surgeries during what has been a physically, emotionally and mentally taxing year.

It has, as she described, required a “herculean effort.”

“I’ve been poked, prodded, butchered,” Lehman said. “I’ve had four drain tubes on one side, one on the other side.

“(There are) antibiotics I’m taking. I got sick from the anesthesia. I’m throwing up or I’ve got headaches for two weeks.

“But I still keep pushing because none of it has been enough to just stop. I try to stay positive.”

She has even kept a sense of humor during the ordeal, wearing funny shirts with the messages “nothing to see here” after her double mastectomy and “under construction” during her ongoing process of breast reconstruction.

“It’s things like that that just keep myself laughing,” Lehman said. “If you don’t laugh, you’ll cry, right?”

Lehman also spoke of the support provided by her husband, Mike, a “best friend” who she “couldn’t have gotten through all this without.”

She described her optimistic outlook by saying, “I guess it’s because I know that success or failure is right around the corner, but I’m trying not to dwell on either one. I just keep taking it day by day, listening to my doctor. Nothing is easy when it comes to cancer, but your path is your own.”

When Marie Amistadi was diagnosed with breast cancer in June 2016, it was just the latest of several health crises.